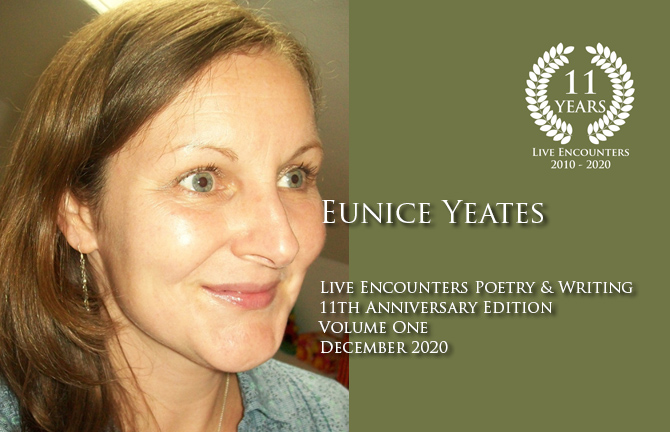 Eunice Yeates is a freelance writer from the Republic of Ireland, now based in Northern Ireland. In addition to spending some years in Japan and South Africa, she has also lived in London, Brussels, and Boston. Her work, which often explores identity and sense of place, has appeared in a variety of publications including The Dublin Review of Books; Flash: The International Short-Story Magazine; Ink, Sweat and Tears; The Bangor Literary Journal; Aerial Magazine; Coming Home; and Jawbreakers Flash-Fiction Anthology. 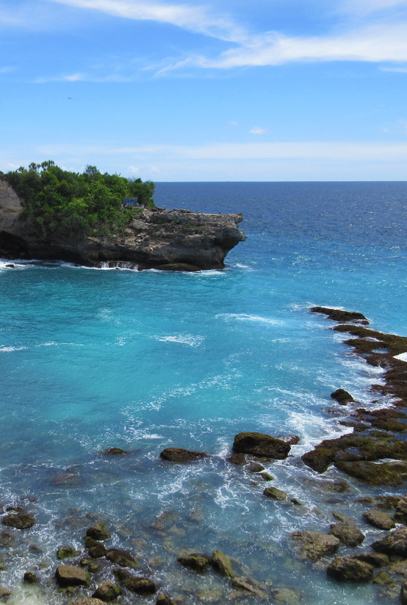 The first thing that surprised Dee was the door; scarlet, crimson, bold. The second was a battered planter on the sill, brimming with broom. She stood on the pavement by the To Let sign and looked both ways. Baked brick. A row of terraced houses facing an almost identical row of terraced houses. Mostly brown doors, or black, but for this one. No trees, no gardens, and not a single blade of grass, though here and there were window boxes, some with plastic flowers from the Pound Shop.

Dee had resisted viewing properties in that part of town but now she was running out of options. When she had viewed this place on the Internet, every photo in the gallery depressed her. The buff-coloured carpets. The magnolia walls.

After 13 years abroad, Dee had forgotten the dull palette and the narrow residential streets of East Belfast. She suddenly thought of that Heaney poem about the man-killing parishes where he feels lost and unhappy. And at home. Southern hemisphere sunshine, it turned out, had been a poor trade-off for the turbulent relationship that splintered her spirit and kept her far from loved ones.

The estate agent arrived, harried. He shook Dee’s hand, then rattled a clatter of keys until he found the right one. A chill wind from the Bloomfield Road whipped down the avenue. Dee shivered.

“What are you after?” asked the agent.

He peered at her, then laughed, not unkindly.

“Fill your boots,” he said, holding open the red door and gesturing expansively inside.

Dee crossed the threshold, relishing the hush when the door clicked closed and the hum of traffic faded. She stood there regarding the hallway. She hadn’t understood from the online pictures how high these ceilings actually were, nor had she noticed any of the period features like the cornice mouldings or the corbels. She admired the glass-panelled interior doors on her left.

Just then, a cloud shifted and the October sun rallied. Heat and light radiated through the rectangular transom window above the front door, and through its beautiful fanlight higher up. The nine individual frames of textured glass cast bubbled reflections against the wall and Dee found the shimmer intoxicating. It made her think of the Mediterranean. It made her think of being underwater. She leaned into the luminosity and closed her eyes. Peace.

“I’ll take it,” she called out to the estate agent who had gone upstairs for some reason. He assumed she was joking.

The paperwork was signed that afternoon and finalised the following day.