Born in Catalonia, she spent her teenage years in Chile; later settling in Ireland. She has a BA in Spanish and English Literature, and an MA in Anglo-Irish Literature. She has won many national and international prizes, amongst them The Hennessy Literary Awards. Her work has been published in Ireland, England, Italy, Australia and Catalonia, in book collections and magazines. She has published two bilingual poetry tomes (English-Catalan): Second shadow and The blue of distance. She founded Virginia House Creative Writers, which she still facilitates. Included in the UCD poetry archives, now she facilitates a weekly writers group there. She judges prose and poetry for the Jonathan Swift Awards. She has taught French and Spanish, and as a painter has been commissioned to work on different subjects. ‘The Stations of the Cross’ in the Oratory of The Square Shopping Centre in Tallaght is amongst her work. 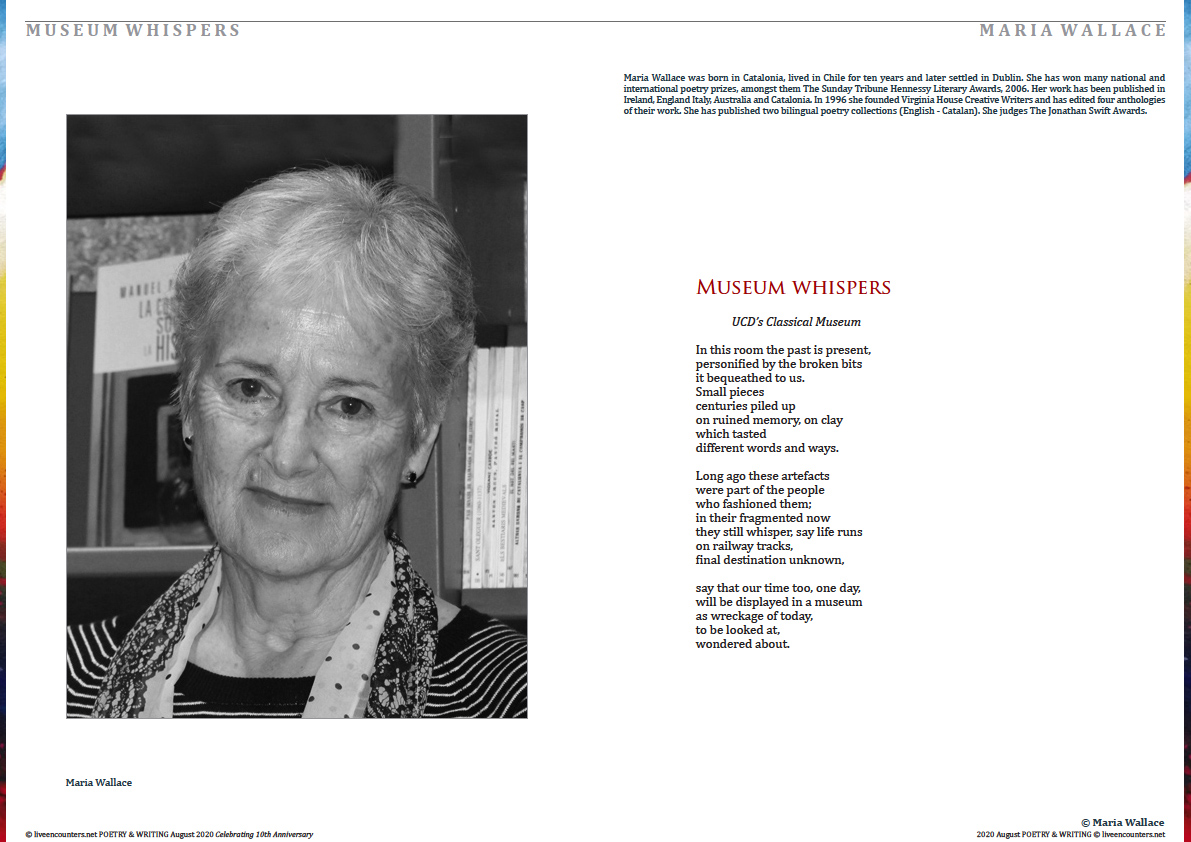 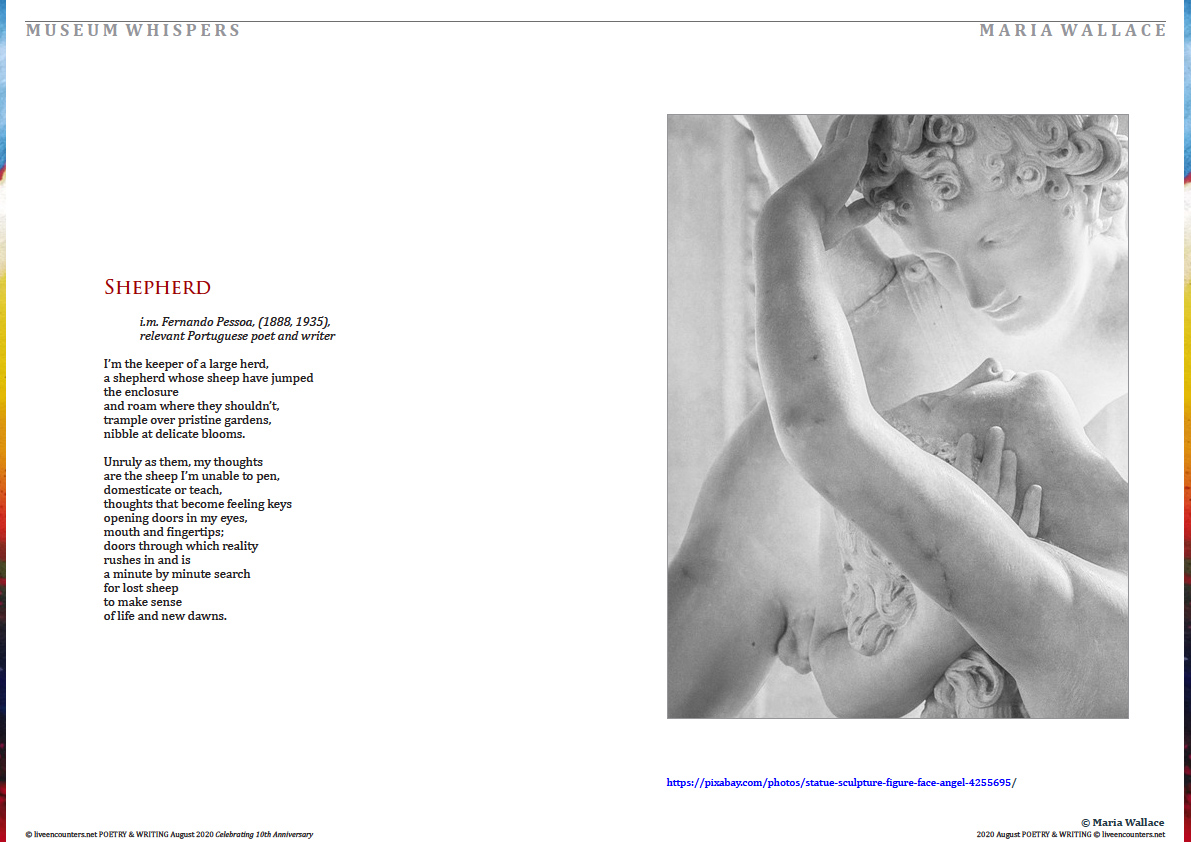