Tim Cumming is a poet, artist, journalist and filmmaker from London. He was born in a children’s home in Solihull and was brought up in the West Country. His poetry collections include The Miniature Estate (1991), Apocalypso (1992, 1999), Contact Print (2002),The Rumour (2004), The Rapture (2011) and two collections from Australian press, Pitt Street Poetry, the art and poetry of Etruscan Miniatures (2012) and Rebel Angels in the Mind Shop (2015). A new collection Knuckle is due from Pitt Street Poetry in 2019. His work has appeared in numerous anthologies, including The Forward’s Poems of the Decade, the WS Graham anthology, The Caught Habits of Language and Bloodaxe Books’ 2010 anthology of poetry from Ireland and the British Isles, Identity Parade. He made the acclaimed Hawkwind: Do Not Panic documentary for the BBC in 2007, has shown his film poems at cinemas and festivals worldwide, and writes regularly about music and the arts for the British and international press. 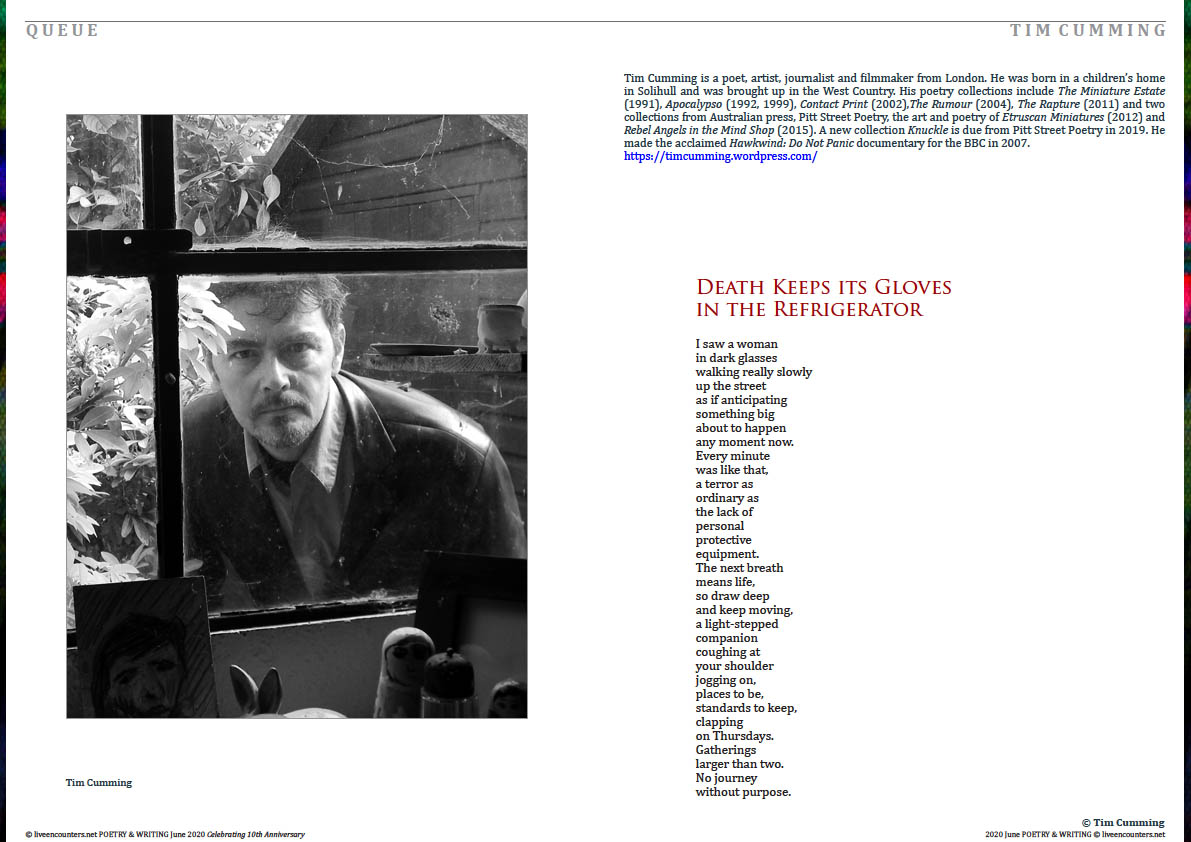 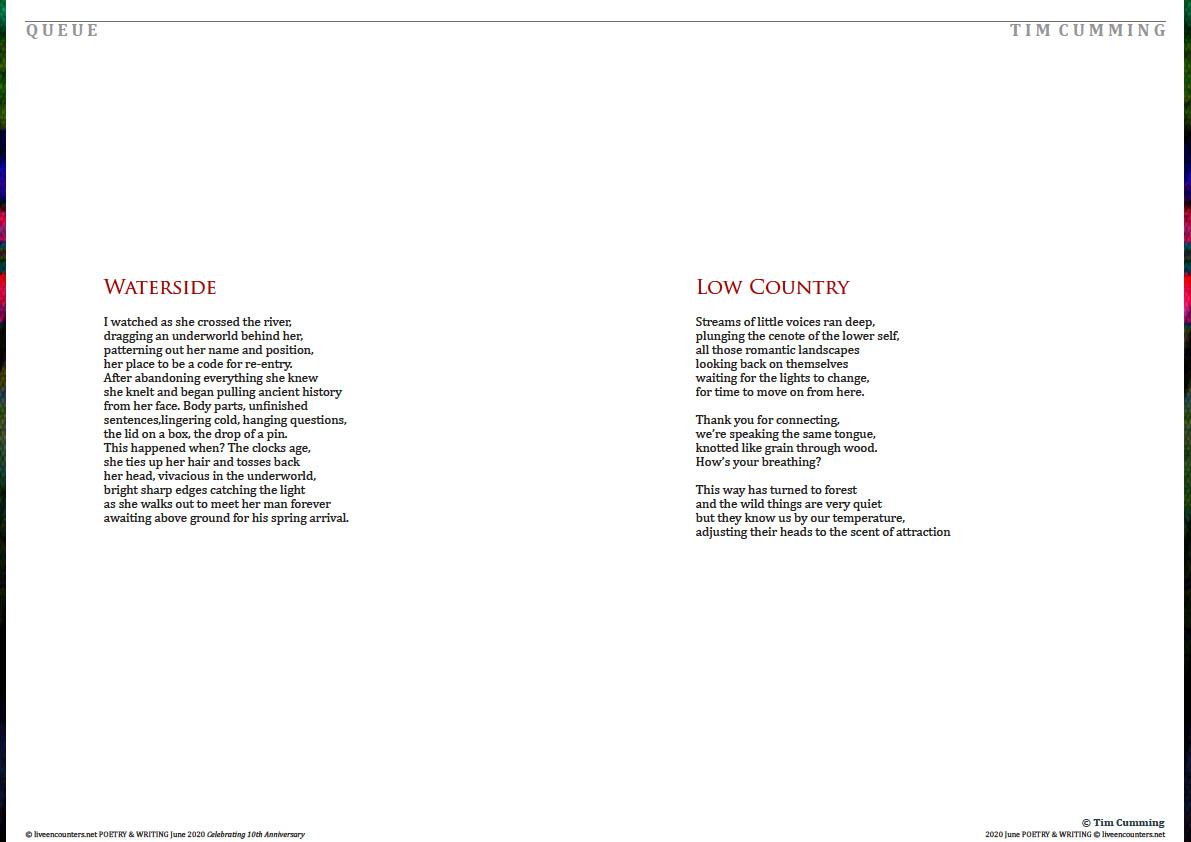 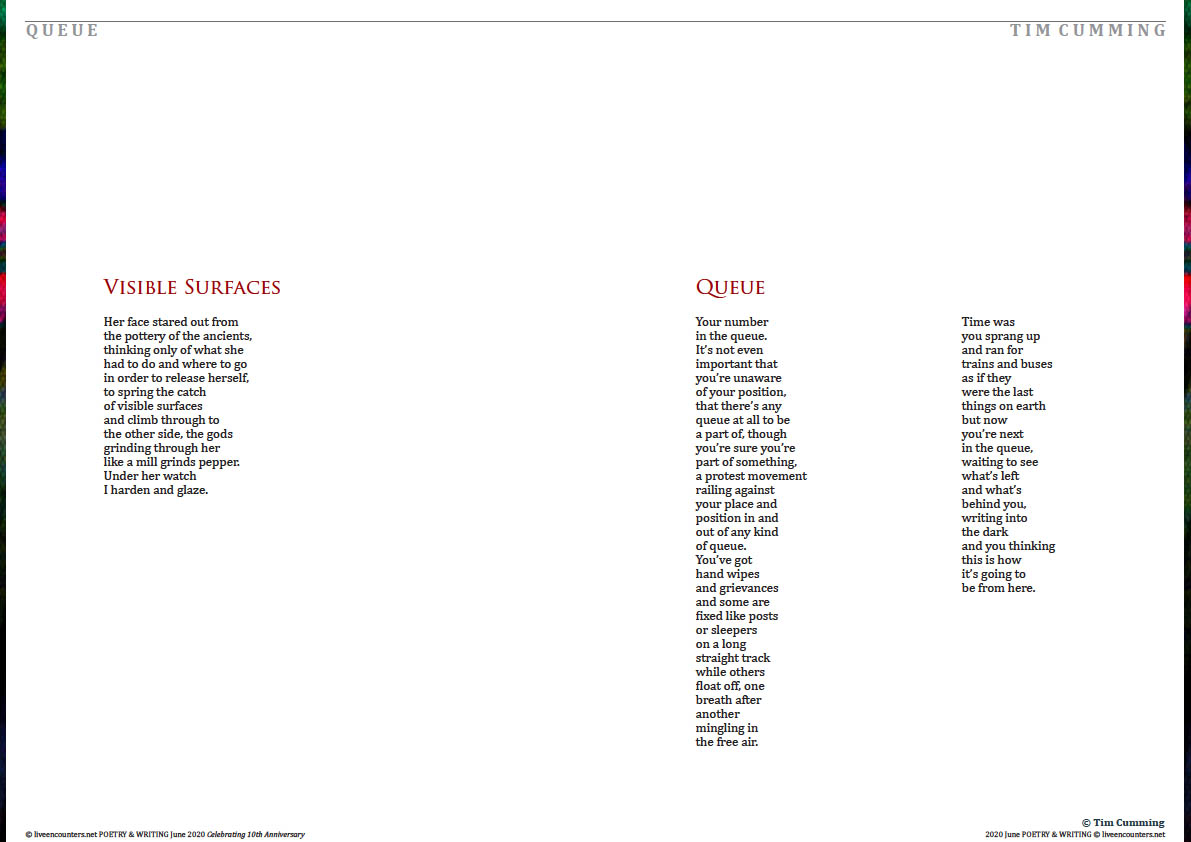