Sinéad McClure is a writer, illustrator, and radio producer.  She has written 15 dramas for children which have aired on Ireland’s National young people’s radio service.  Her most recent drama “Indestructible” is about how single-use plastic is affecting a colony of gannets on the fictional Kelp Island and was broadcast in December 2019 on RTEjr Radio.  Sinéad also writes prose and poetry.  Her poem “Tea & Sympathy” was published in Crossways Literary Magazine in January 2020, and her short story “Five Years” has been published in Meat for Tea, the Valley Review in Autumn 2019.  Sinéad has also written articles for ALHAUS magazine. Sinéad lives in Sligo with her husband Jho and their two border collie dogs Ruby & Deacon.  She often revisits the theme of the natural environment in her work and has a particular interest in wildlife conservation.  She is currently working on an illustrated book of poems for younger people called “Curlew Logic” 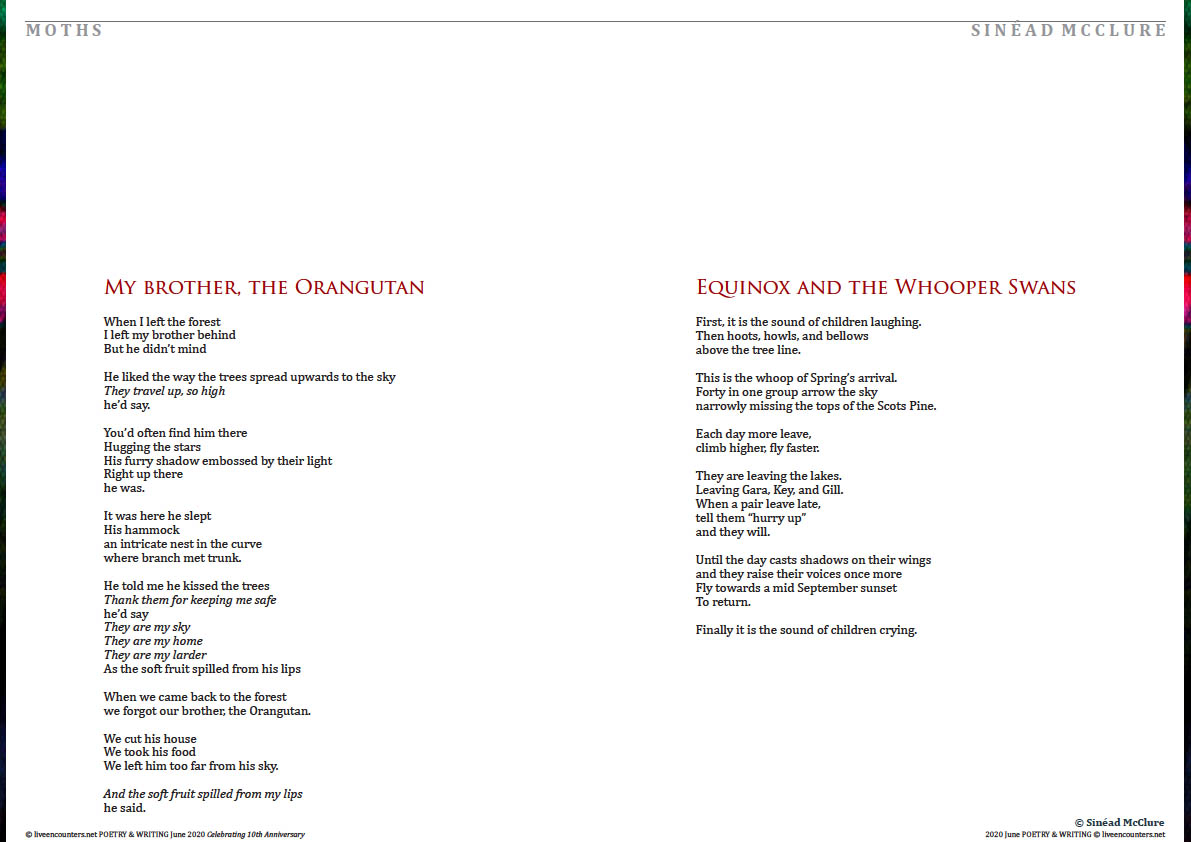