Scott Thomas Outlar lives and writes in the suburbs outside of Atlanta, Georgia. He hosts the site 17Numa.com where links to his published poetry, fiction, essays, interviews, reviews, live events, and books can be found. His podcast, Songs of Selah, airs weekly on 17Numa Radio. His poetry has been nominated for the Pushcart Prize and Best of the Net. His poem “Kingdom of Chaos” won the 2016 Nibstears Poetry Cave Contest in Nigeria. He was a recipient of the 2017 Setu Magazine Award for Excellence in the field of literature. Selections of his poetry have been translated into Afrikaans, Albanian, Bengali, Dutch, French, Italian, Kurdish, Persian, Serbian, and Spanish. His books include: Songs of a Dissident (Transcendent Zero Press, 2015); Chaos Songs (Weasel Press, 2016); Happy Hour Hallelujah (CTU Publishing, 2016); Poison in Paradise (Alien Buddha Press, 2017); Abstract Visions of Light (Alien Buddha Press, 2018); and Of Sand and Sugar (Cyberwit, 2019). 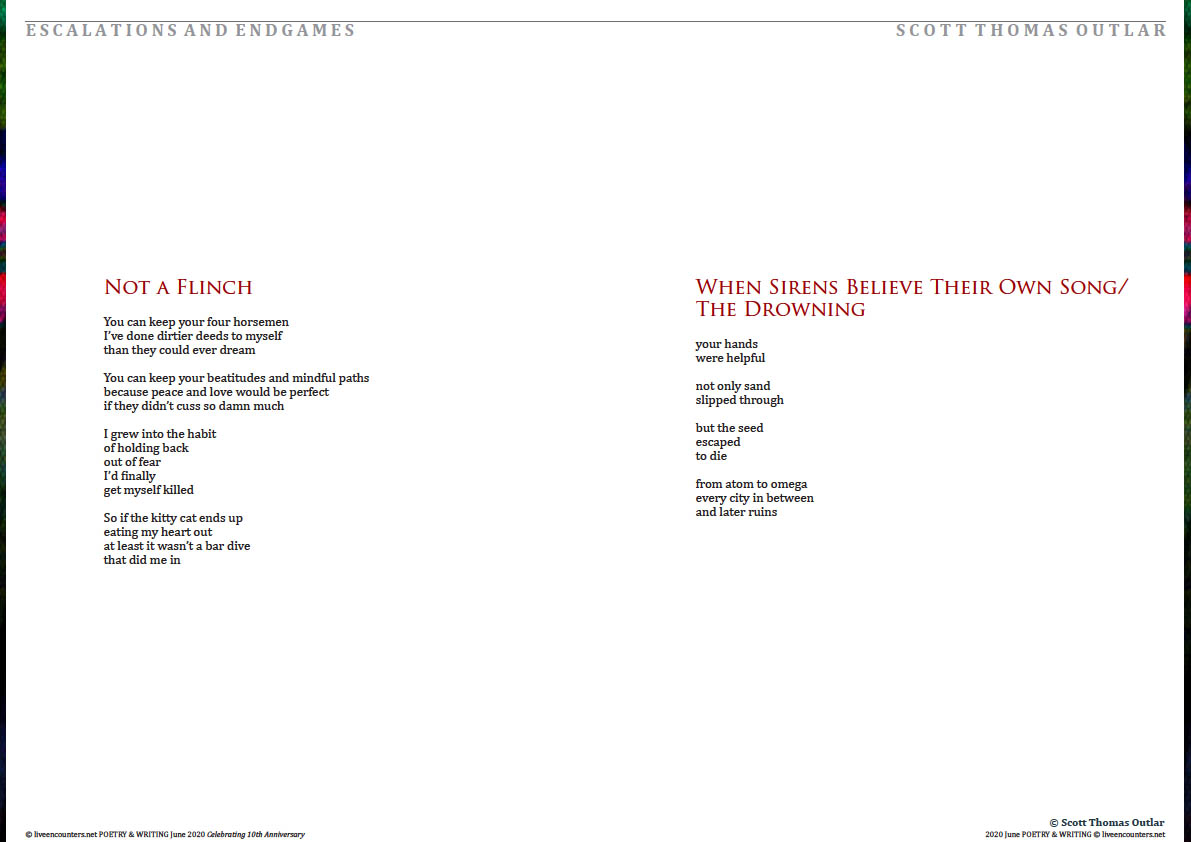