Michael Farry, a native of Co Sligo, is a retired primary teacher who has lived in Trim, Co Meath since 1970. He is a historian and a poet. His third poetry collection, Troubles (2020) has just been published by Revival Press, Limerick. It deals with memories and commemoration of the 1912-1923 period in Irish history. He has a PhD in modern Irish history and has published widely on the war of independence and civil war period in Ireland. His first poetry collection, Asking for Directions, was published by Doghouse Books in 2012 and his second, The Age of Glass, (2017) by Revival Press. He is a founder member of Boyne Writers Group, Trim, and edited the group’s magazine, Boyne Berries, from 2007 to 2014. He is also involved in the organising of the annual Trim Poetry Festival. 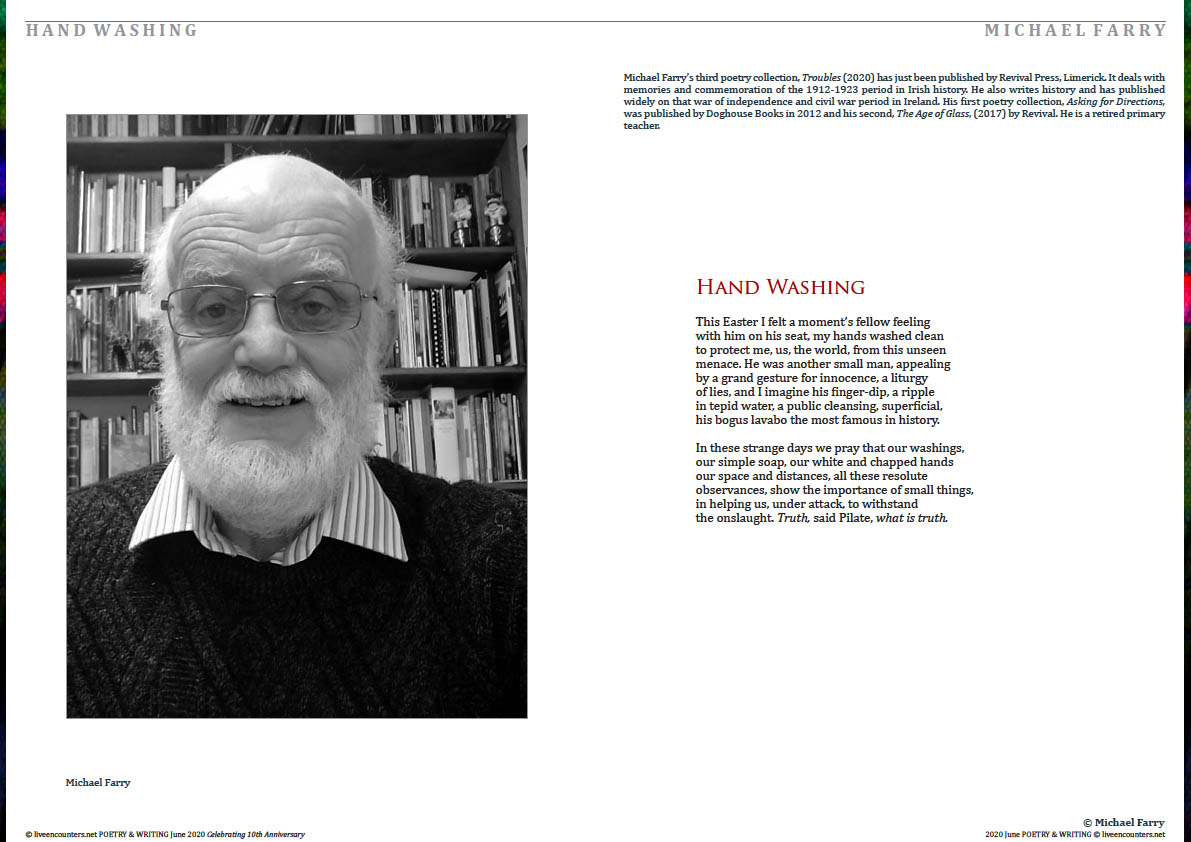 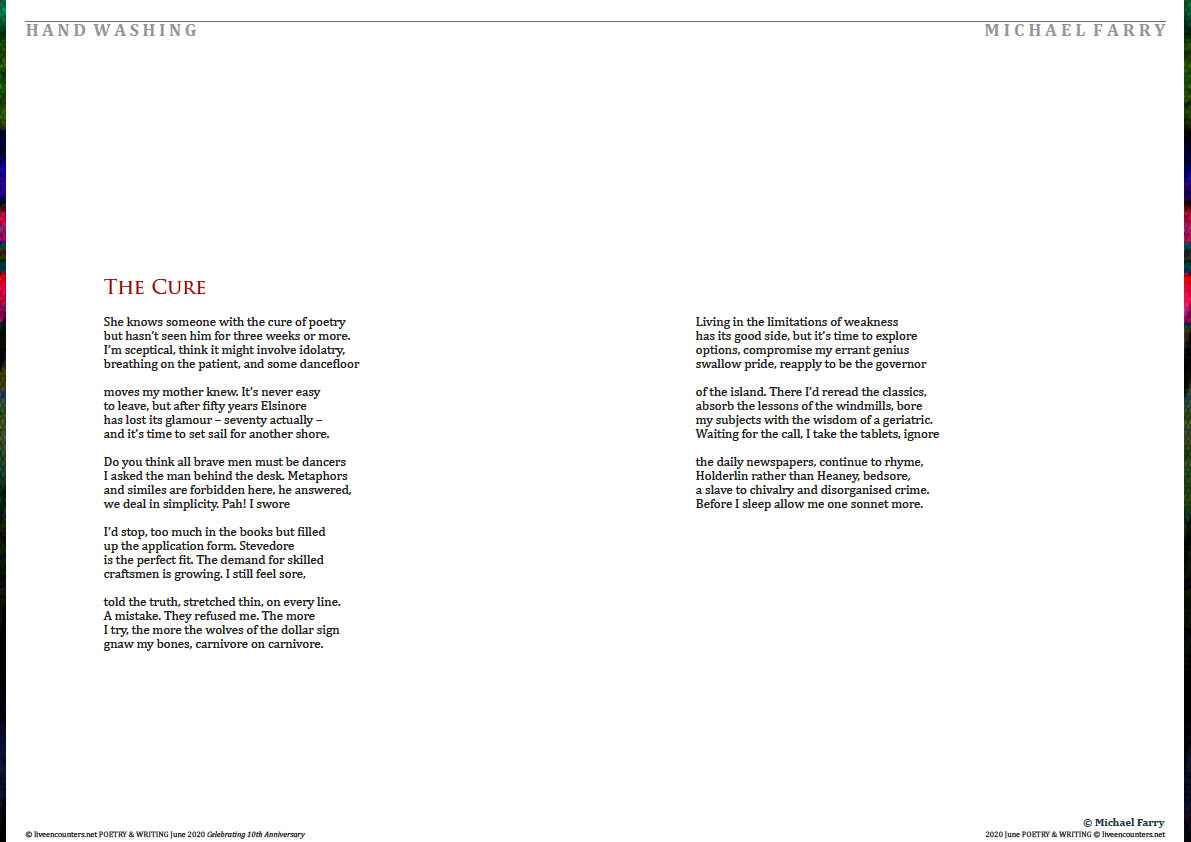 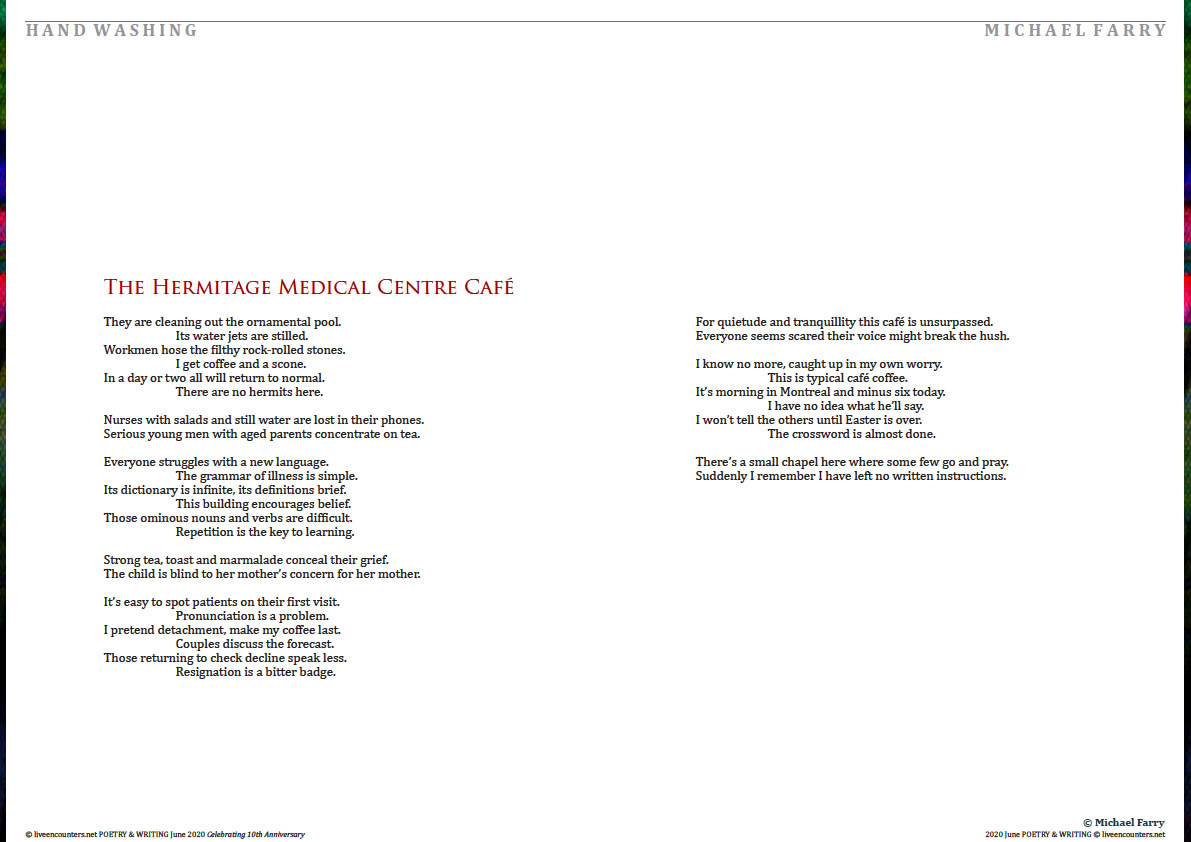 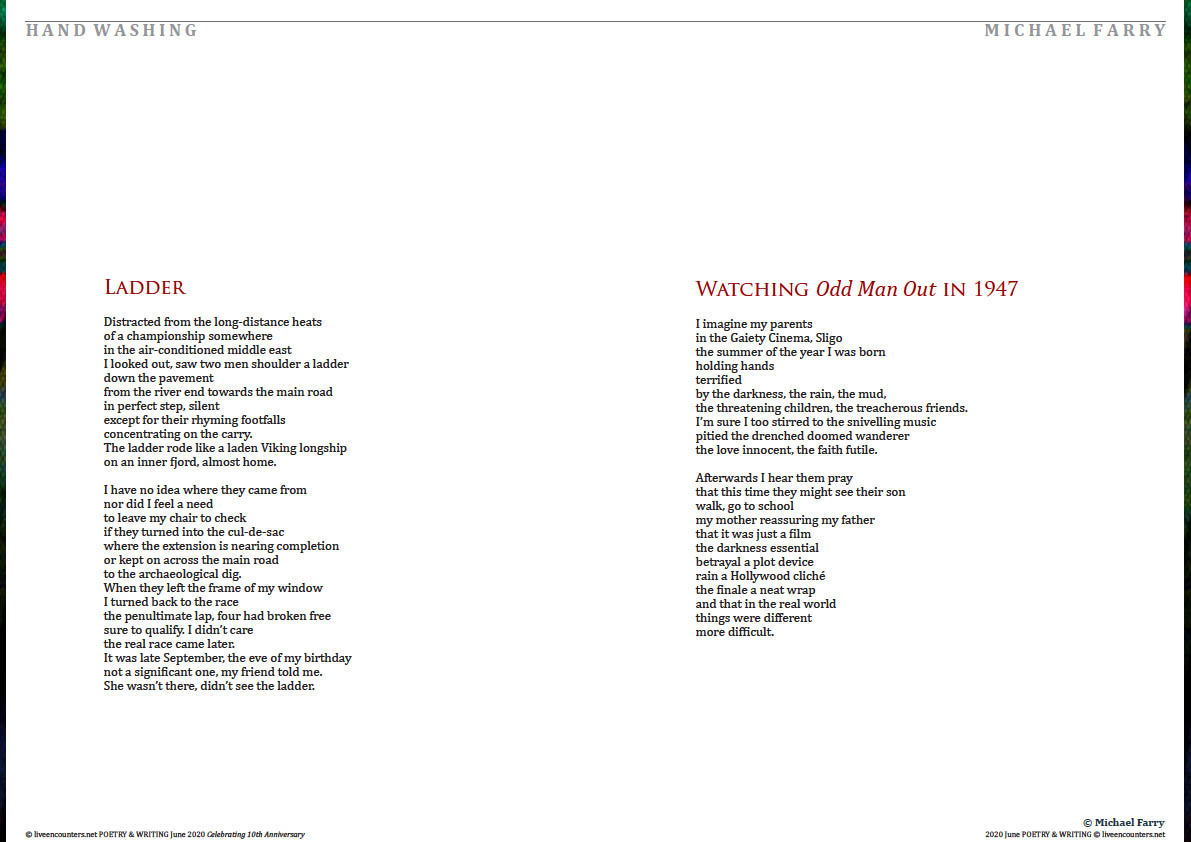 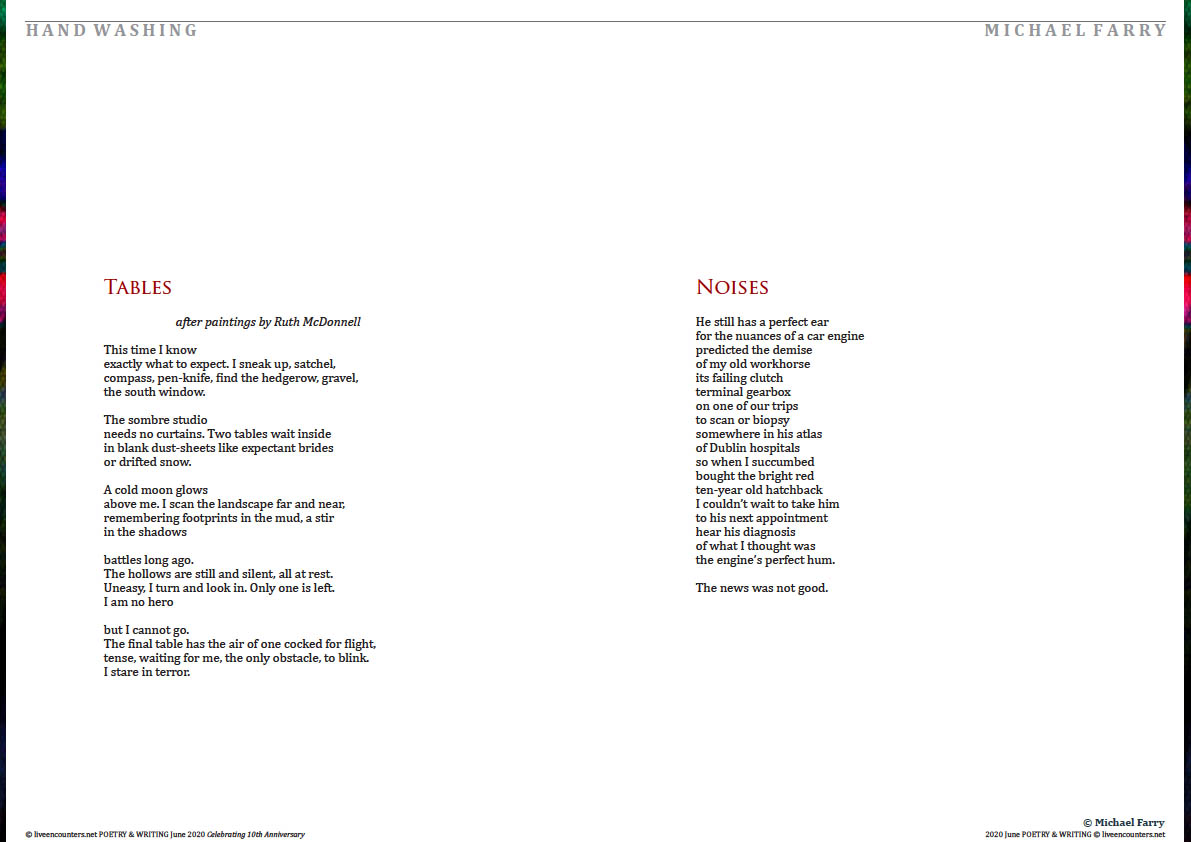