Mary O’Donnell is one of Ireland’s best known contemporary authors. Her poetry collections include Spiderwoman’s Third Avenue Rhapsody (1993) Unlegendary Heroes (1998) both with Salmon Poetry, and Those April Fevers (Ark Publications, 2015). Her eighth poetry collection Massacre of the Birds appears from Salmon Poetry in late summer and can be ordered direct from Salmon. Her poetry is available in Hungarian as Csodak földje with the publisher Irodalmí Jelen Könyvek. Four novels include Where They Lie (2014) and The Elysium Testament. A volume of essays, Giving Shape to the Moment: the Art of Mary O’Donnell appeared from Peter Lang last June, and her new fiction collection, Empire, was published by Arlen House in 2018. Her essay, “My Mother in Drumlin Country”, published in New Hibernia Review during 2017, was listed among the Notable Essays and Literary Nonfiction of 2017 in Best American Essays 2018 (Mariner). She is a member of Ireland’s multi-disciplinary artists’ affiliation, Aosdana. www.maryodonnell.com   Twitter: maryodonnell03 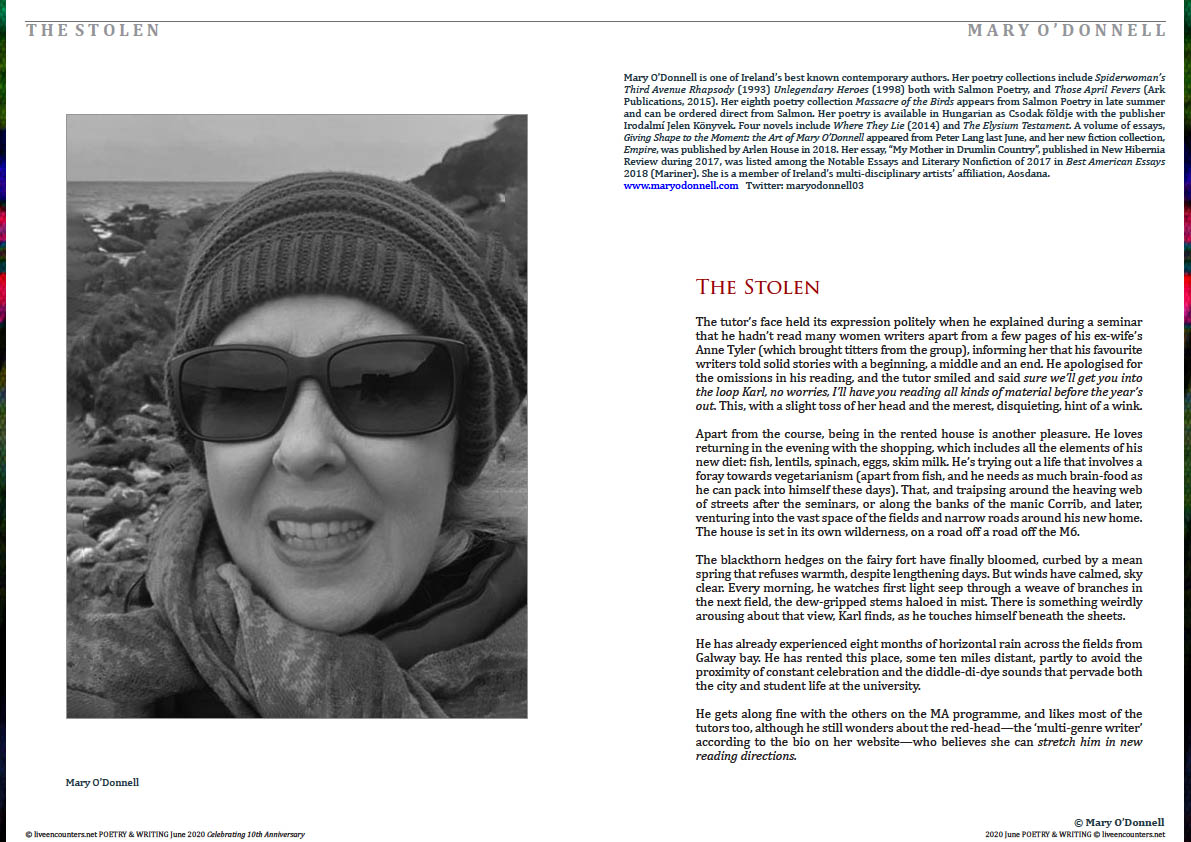 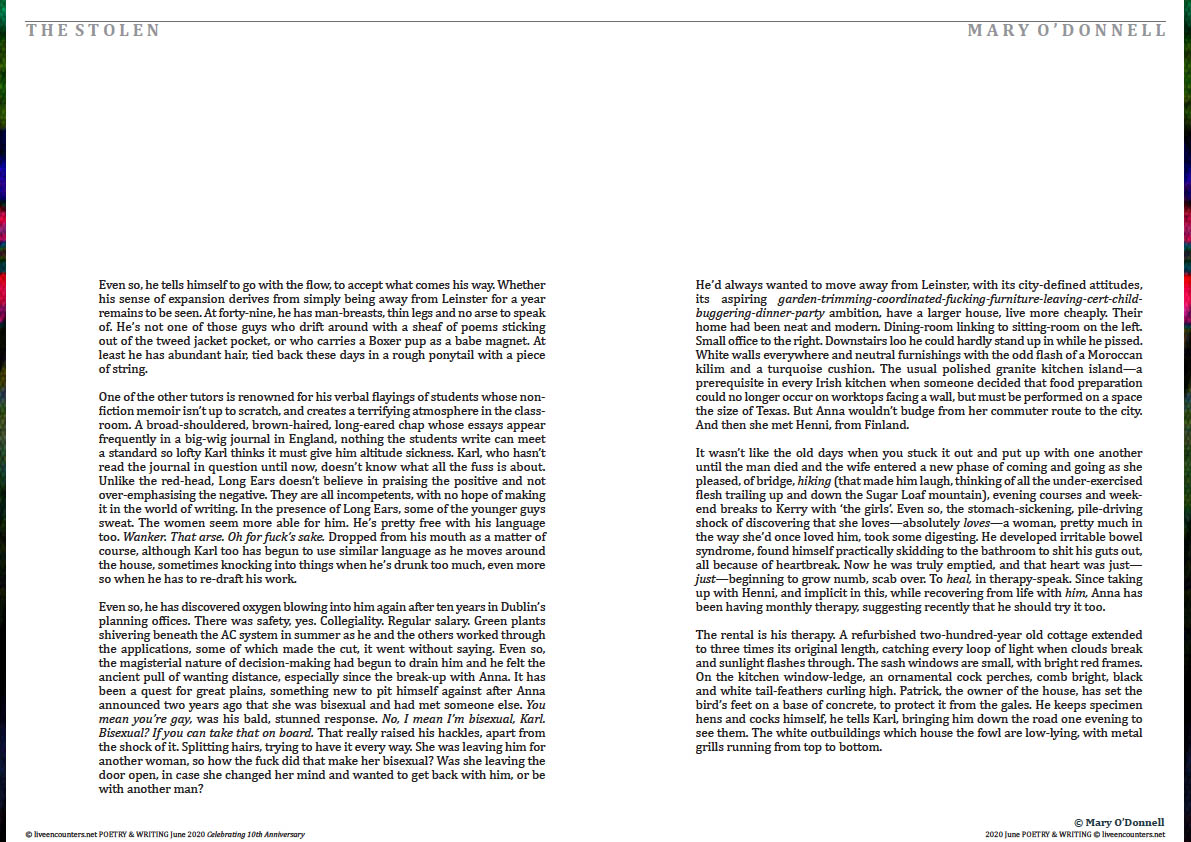 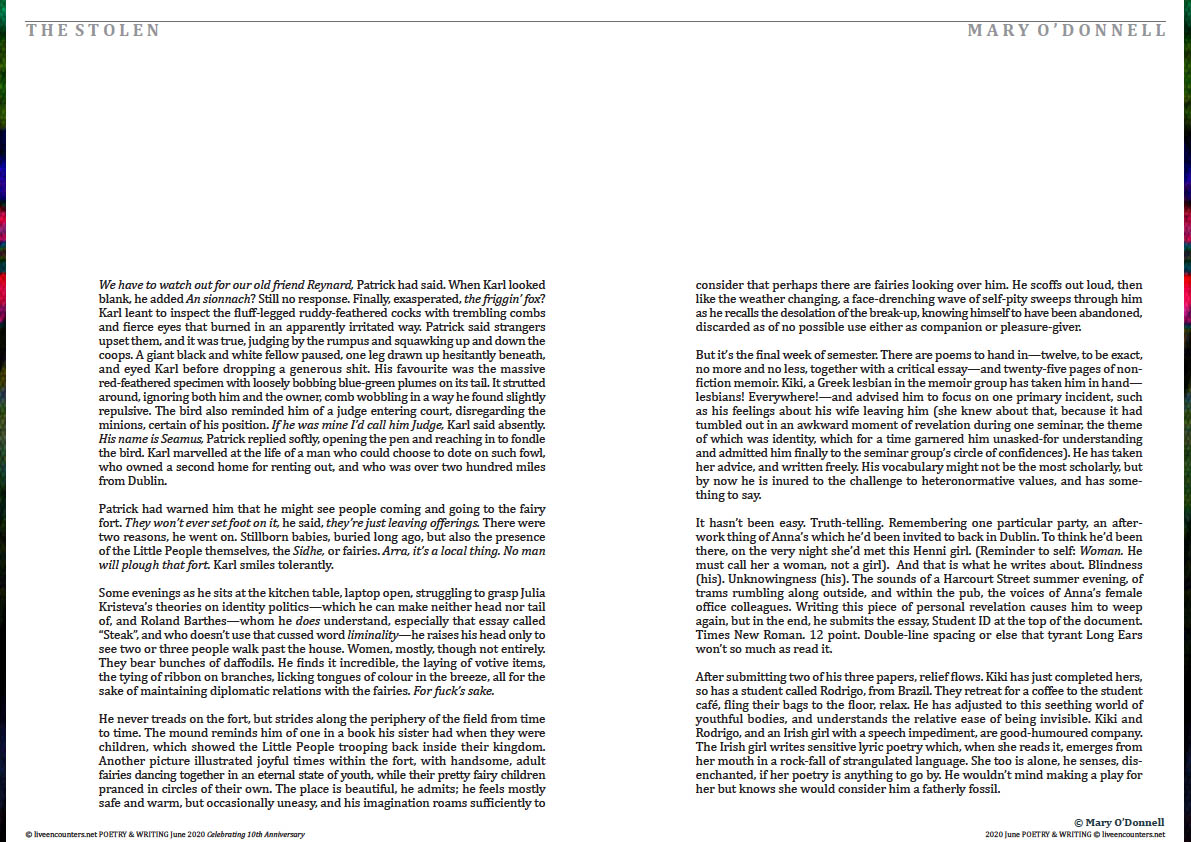 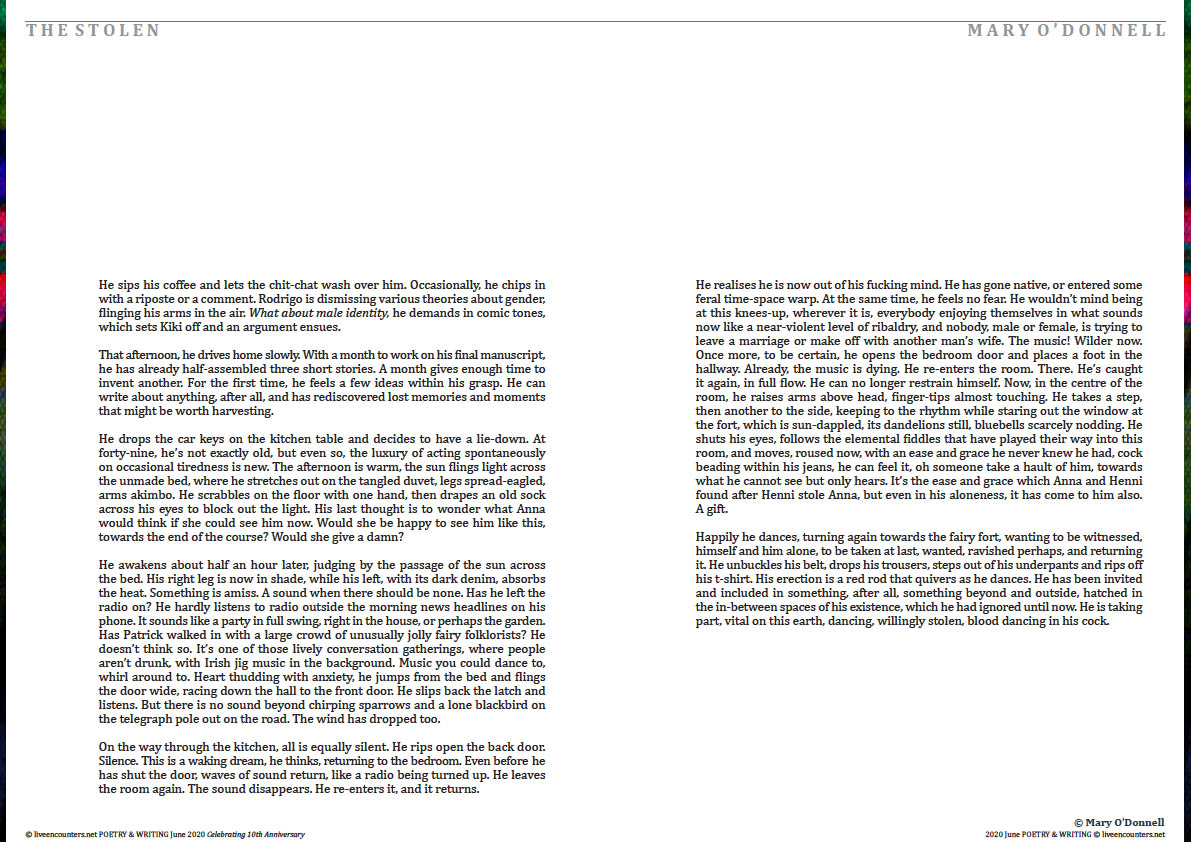