Haris Vlavianos was born in Rome in 1957. He studied Economics and Philosophy at the University of Bristol (B.Sc) and Politics, History and International Relations (M.Phil, D.Phil) at the University of Oxford (Trinity College). His doctoral thesis entitled, Greece 1941-1949: From Resistance to Civil War, was published by Macmillan (1992) and was awarded the “Fafalios Foundation” Prize. He has published thirteen collections of poetry. He has translated the works of major poets such as, Whitman, Blake, Stevens, Pound, Eliot, Cummings, Ashbery and Carson. His translation of the Waste Land will be published at the end of May. He is the editor of the influential literary journal “Poetics” and Poetry Editor at “Patakis Publications”. He is Professor of History and Politics at the American College of Greece. He is at present teaching a post-graduate course in Creative Writing at the Greek Open University, as well as, at “Patakis”.   https://www.patakis.gr/

The following seven poems have been translated  from Greek by Peter Mackridge. 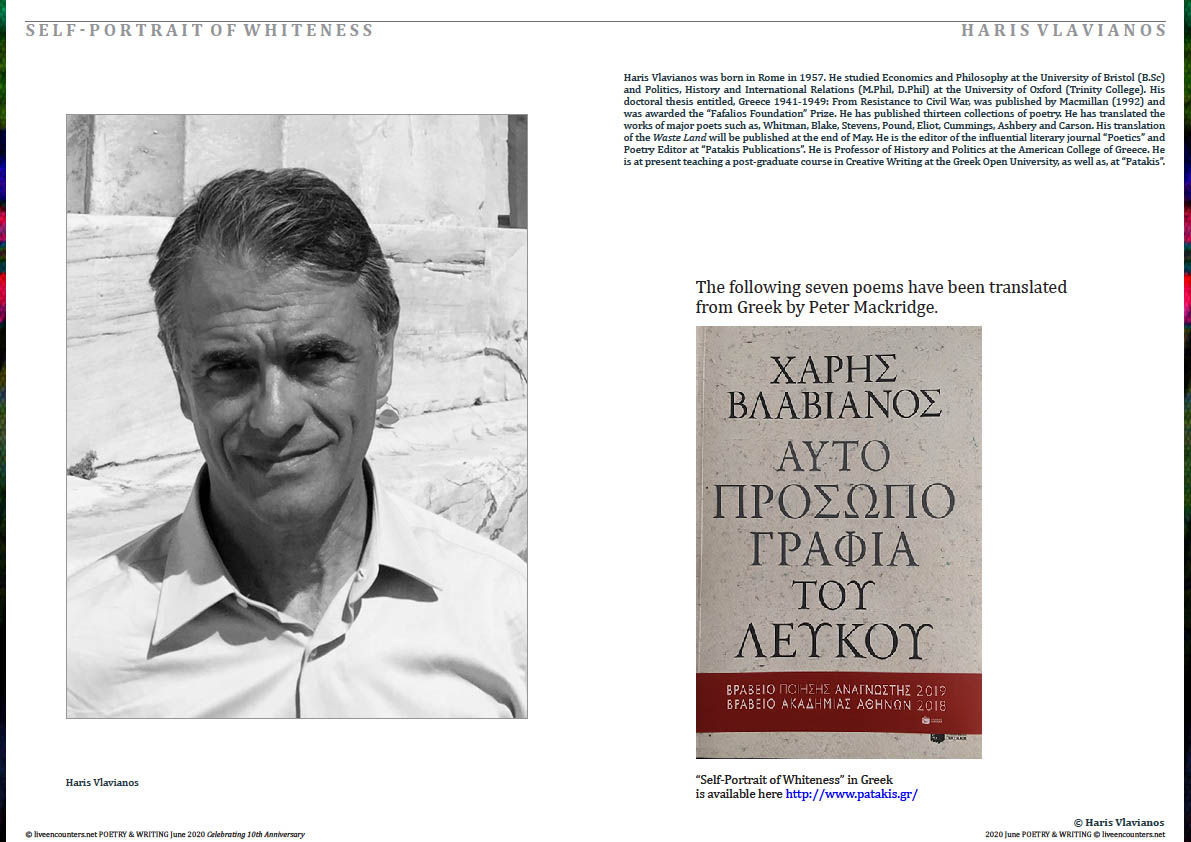 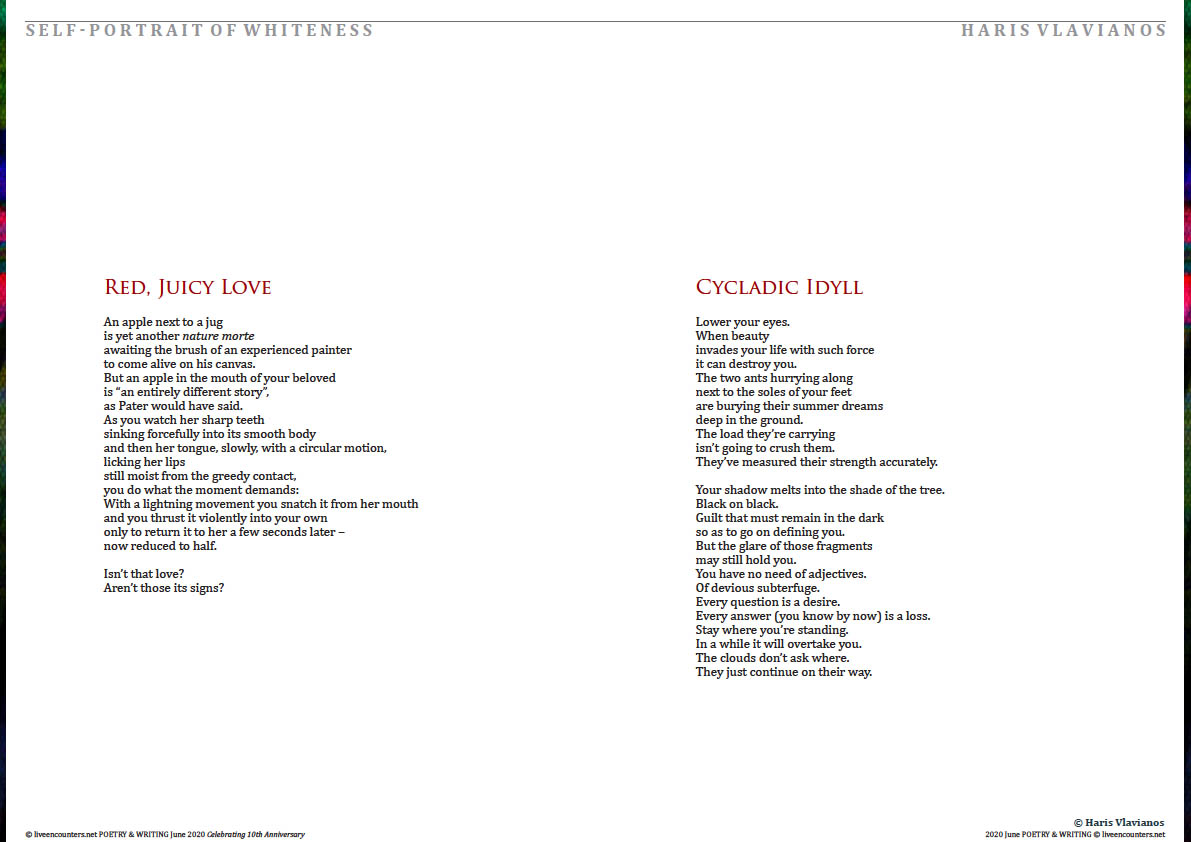 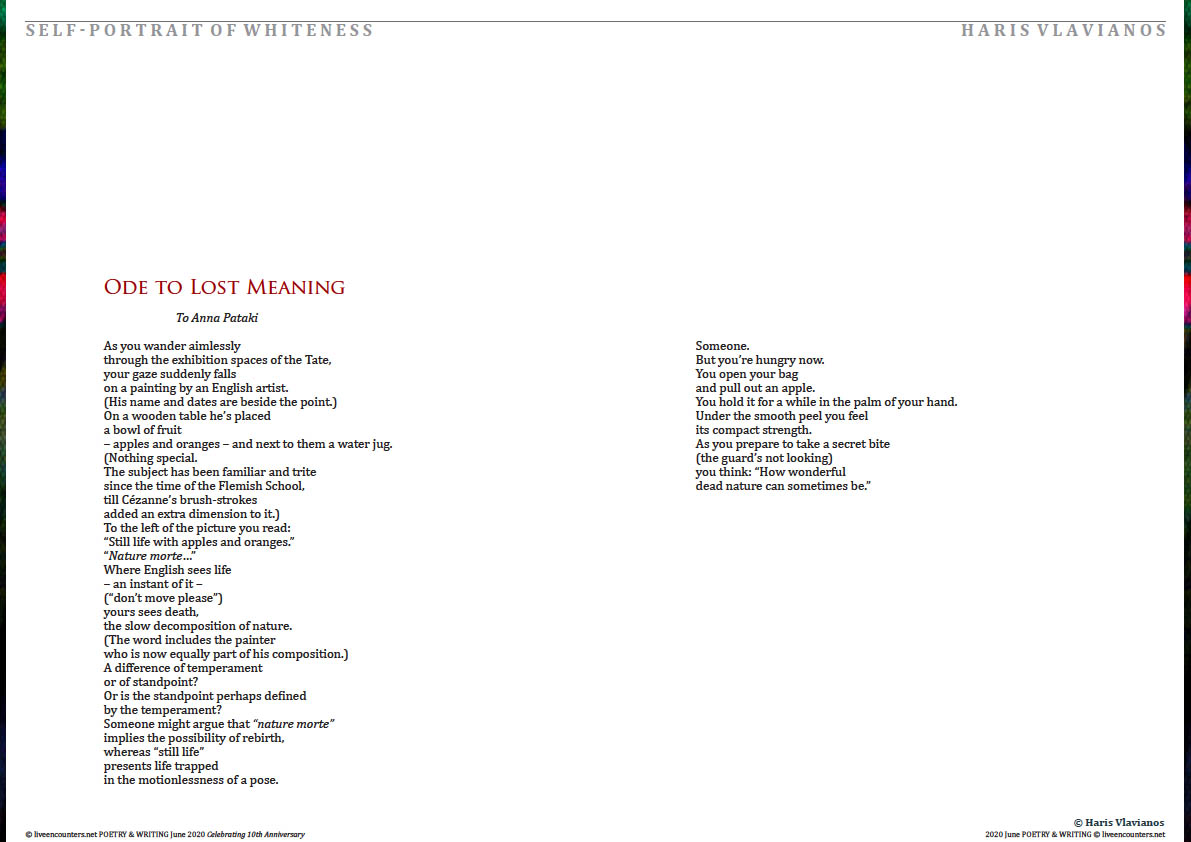 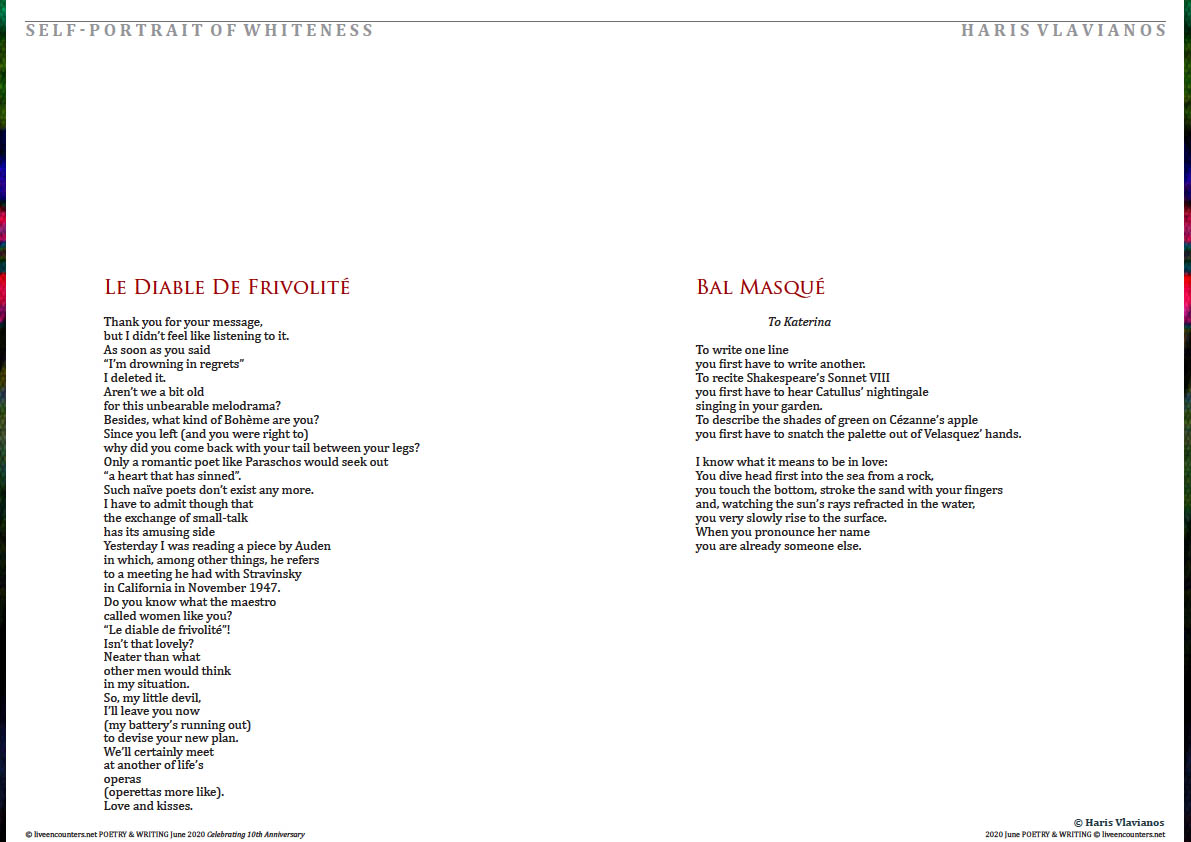 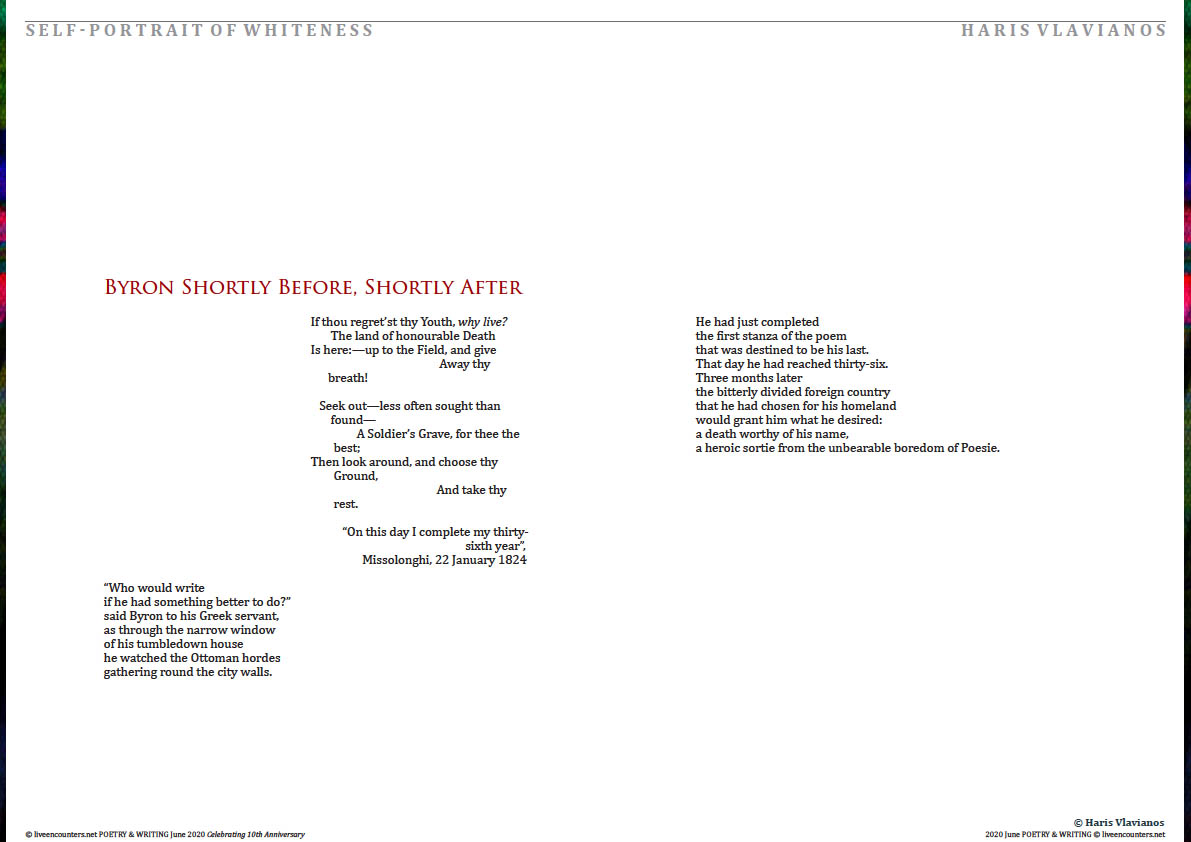 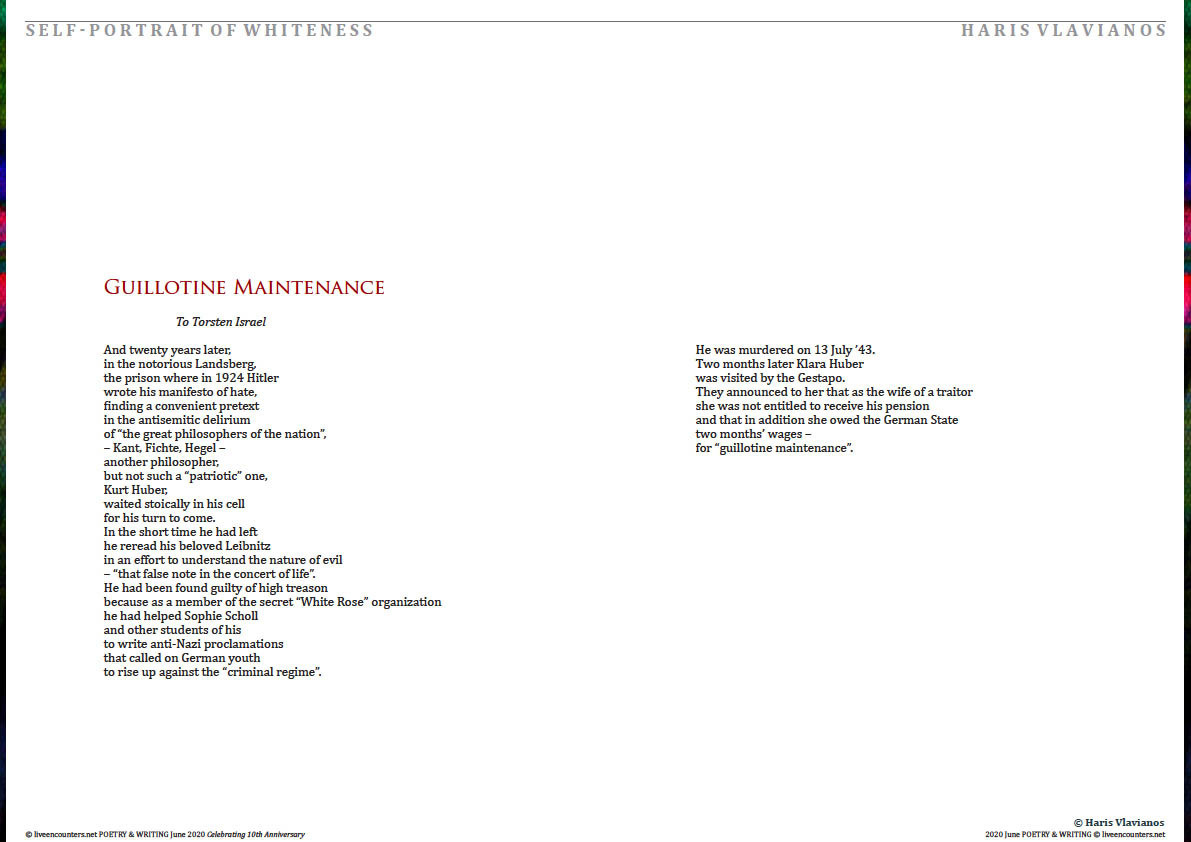