David Rigsbee is an American poet, critic and translator who has an immense body of published work behind him. Not Alone in my Dancing – Essays and Reviews (2016) , This Much I Can Tell You  ( 2017) and The Pilot House (2011) all published by Black Lawrence Press are but a sample. His complete translation of Dante’s Paradiso, from which the following Canto is taken, is due out by Salmon Press later in the year. 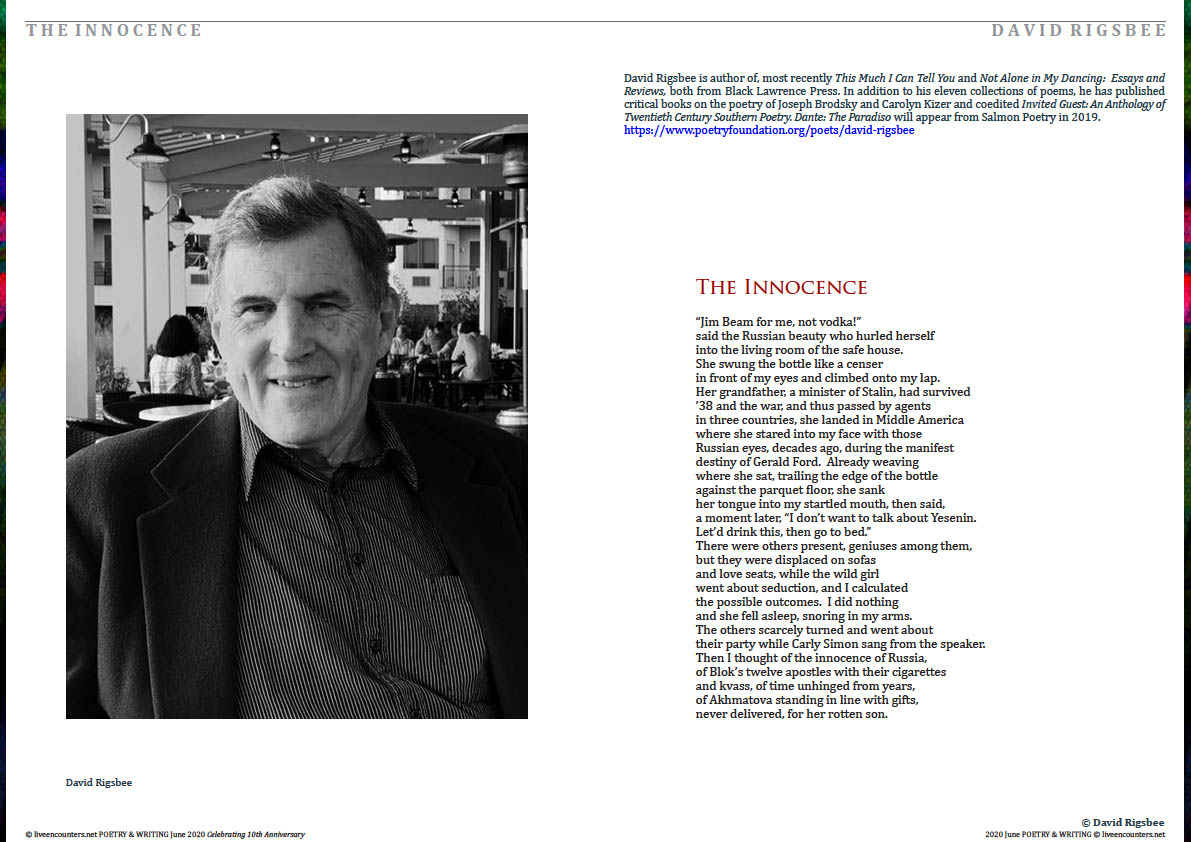 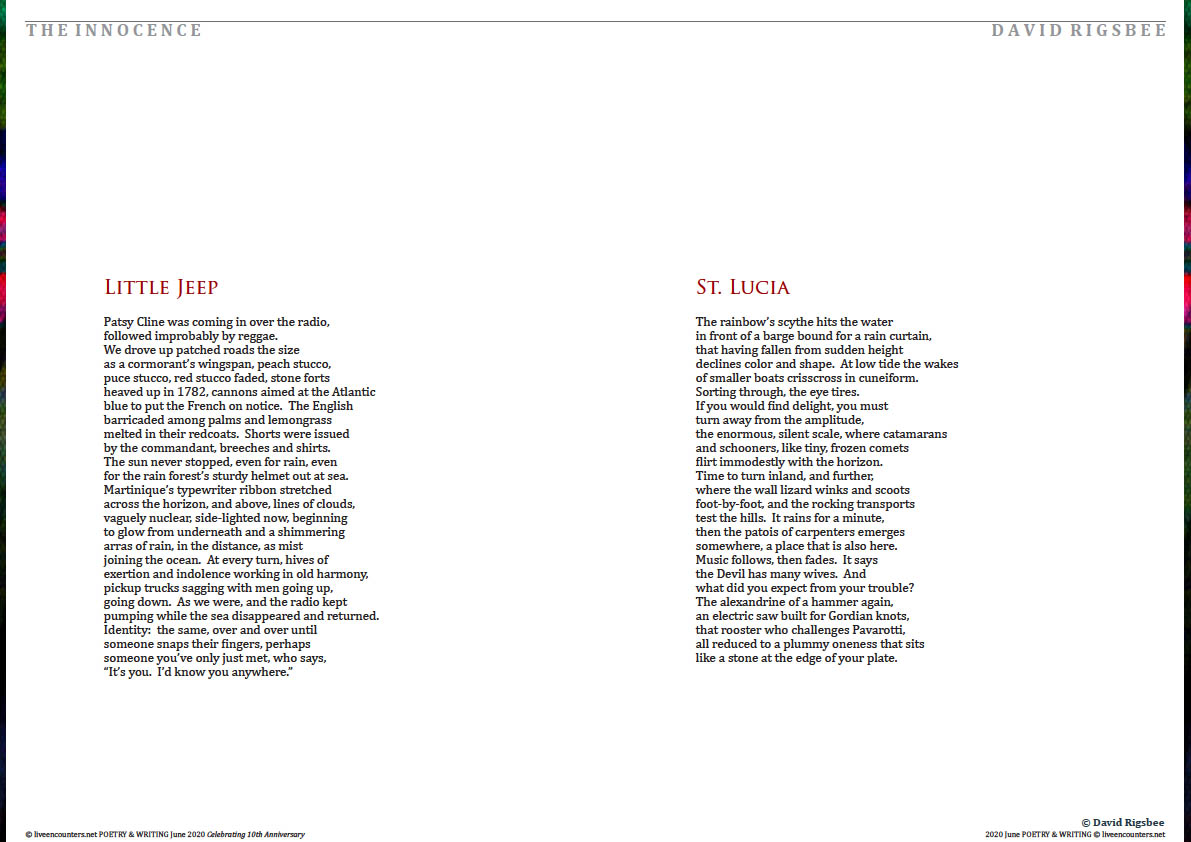 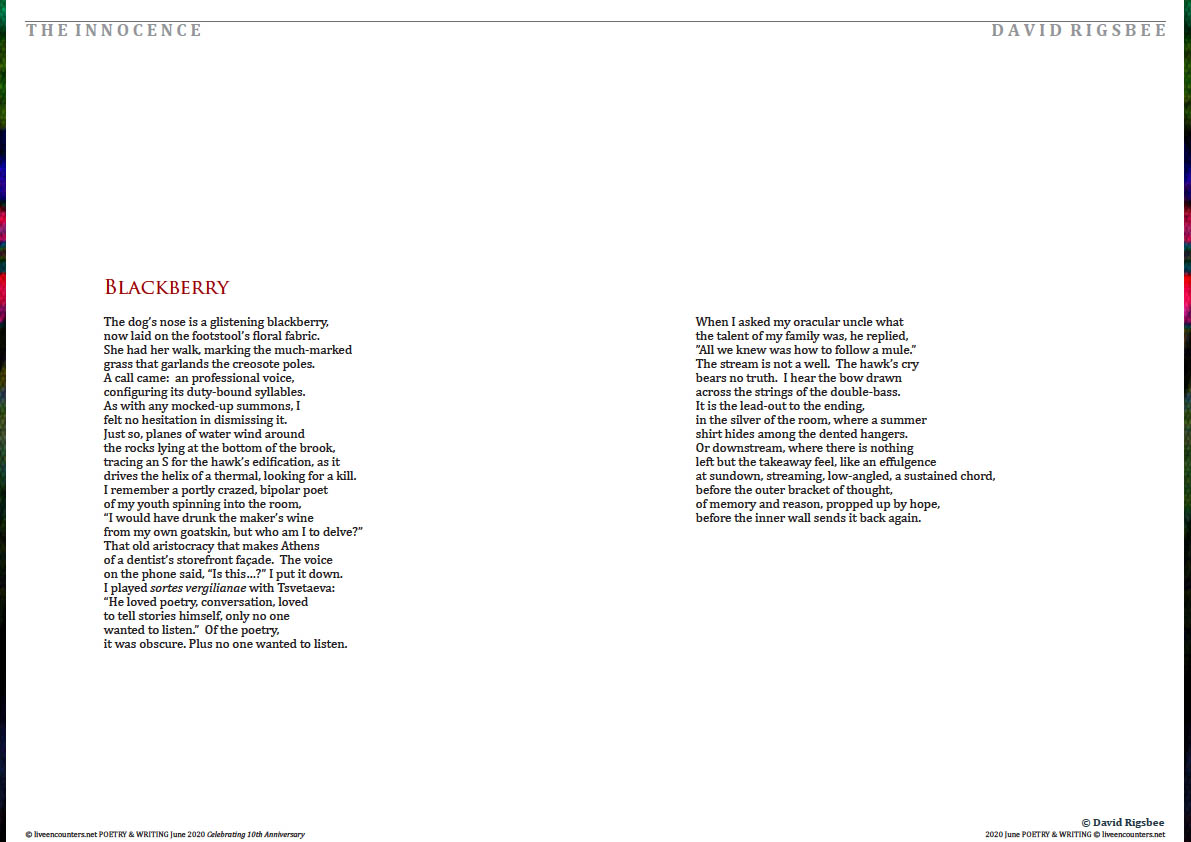 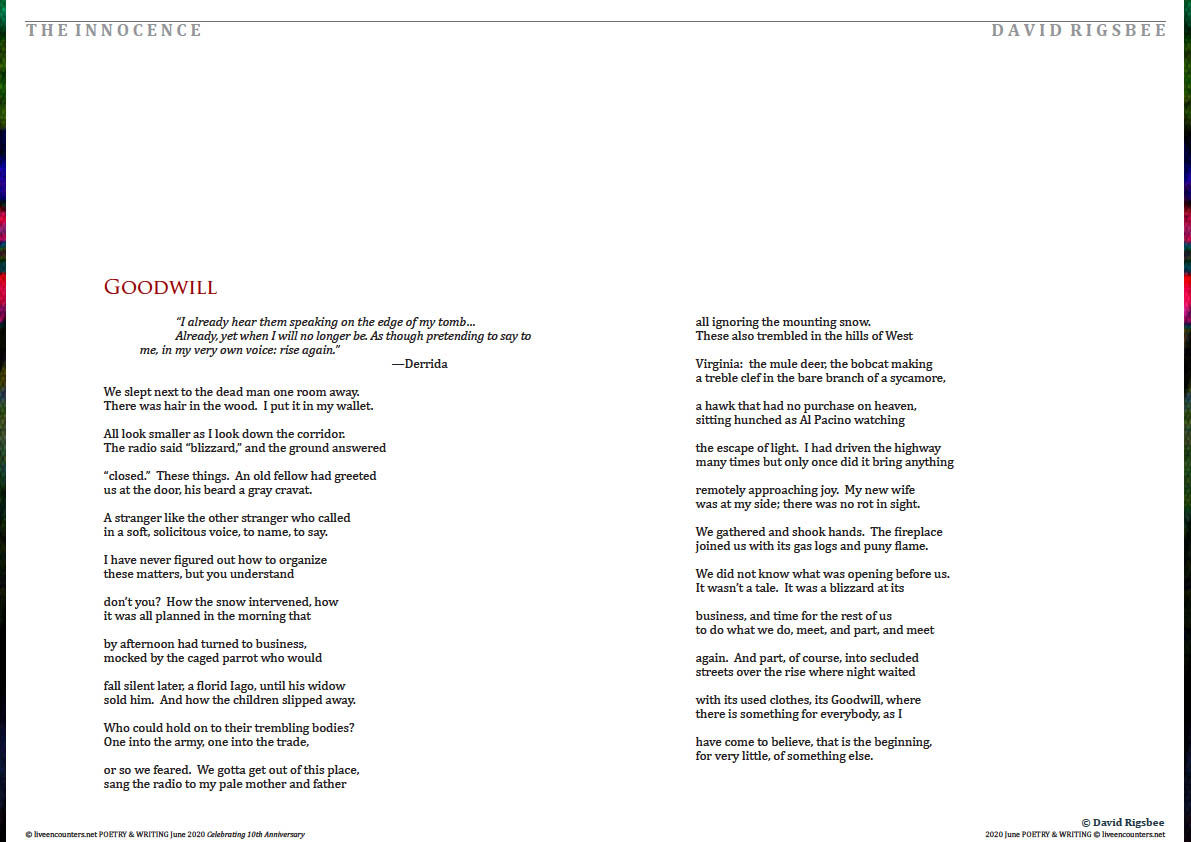 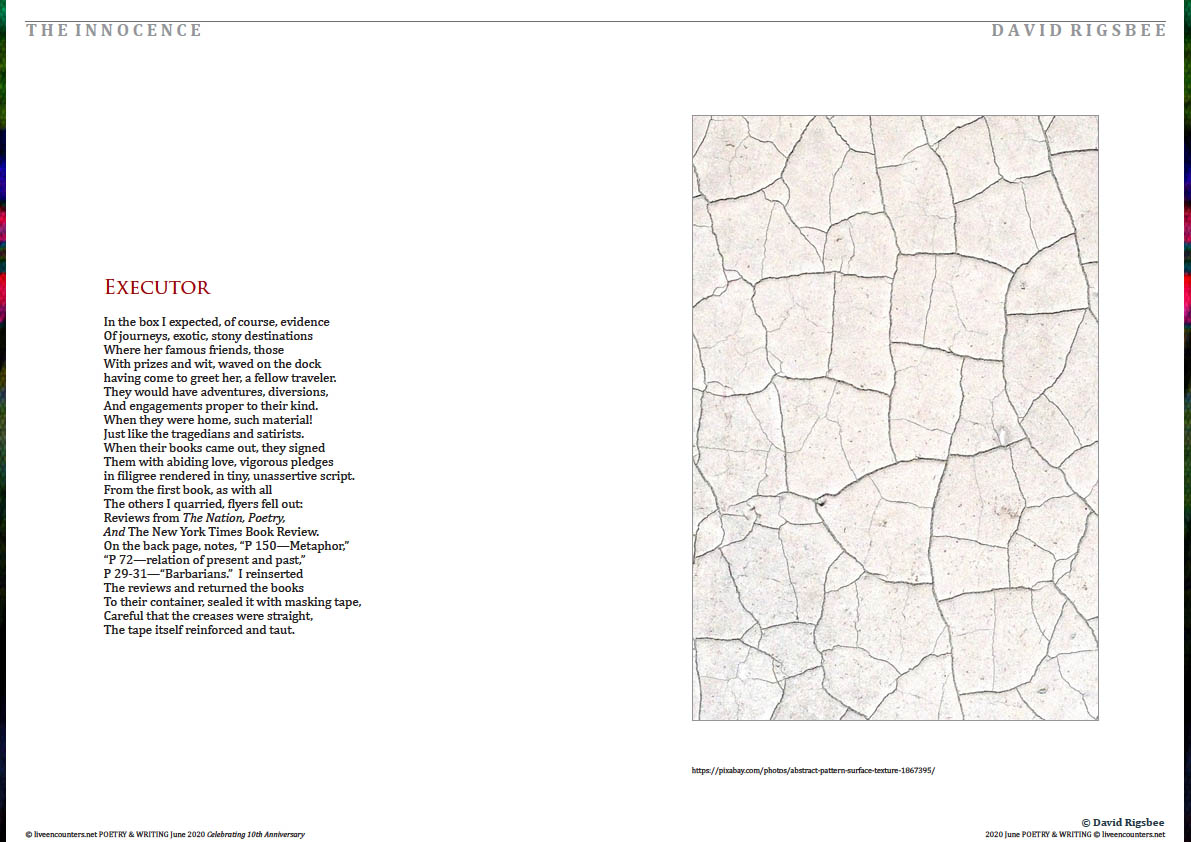