Breda Wall Ryan grew up in Co Waterford and now lives in Co. Wicklow. She has a B.A. in English and Spanish from UCC; a Post-graduate Diploma in Teaching English as a Second or Other Language from Trinity College, London; and M.Phil. in Creative Writing (Distinction) from Trinity College, Dublin. Her awarded fiction has appeared in The Stinging Fly, The Faber Book of Best New Irish Short Stories 2006-7 and The New Hennessy Book of Irish Fiction. Her poems have been published in Skylight 47, Ink Sweat and Tears, Deep Water Literary Journal, And Other Poems, Fish Anthology, The Ofi Press, Orbis, Magma and The Rialto. In 2013 Breda won the iYeats Poetry Contest, Poets Meet Painters, Dromineer Poetry Competition and Over the Edge New Writer of the Year. She was selected for Poetry Ireland Introductions Series, 2014 and was awarded Second Place in the Patrick Kavanagh Award, Third Prize in The Rialto/RSPB Nature Poetry Competition, was shortlisted for a Bridport Prize and Highly Commended in Fool for Poetry Chapbook Competition. Twice nominated for a Pushcart Prize, a Forward Prize and Best of the Net Award, she won the Gregory O’Donoghue International Poetry Competition, 2015. Her first collection In a Hare’s Eye won the Shine Strong Award. Doire Press published her second collection, Raven Mothers, in 2018. 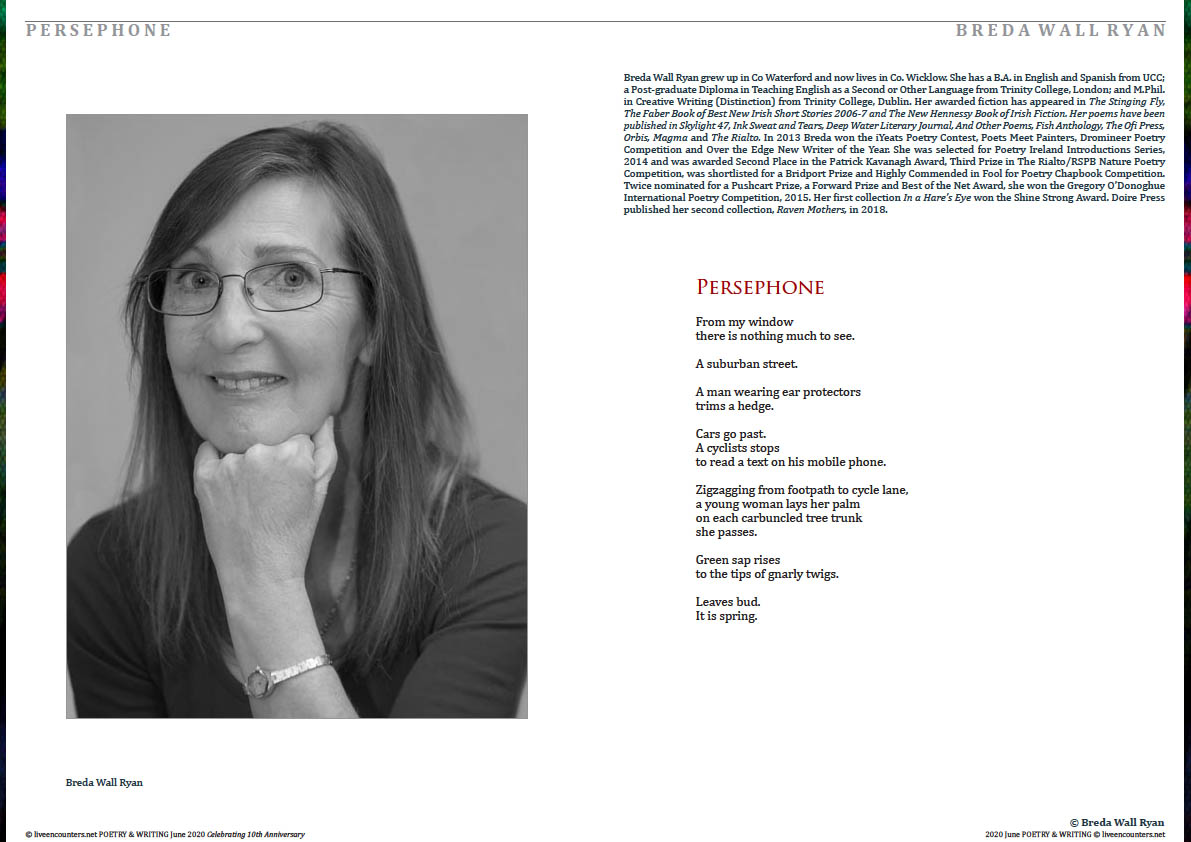 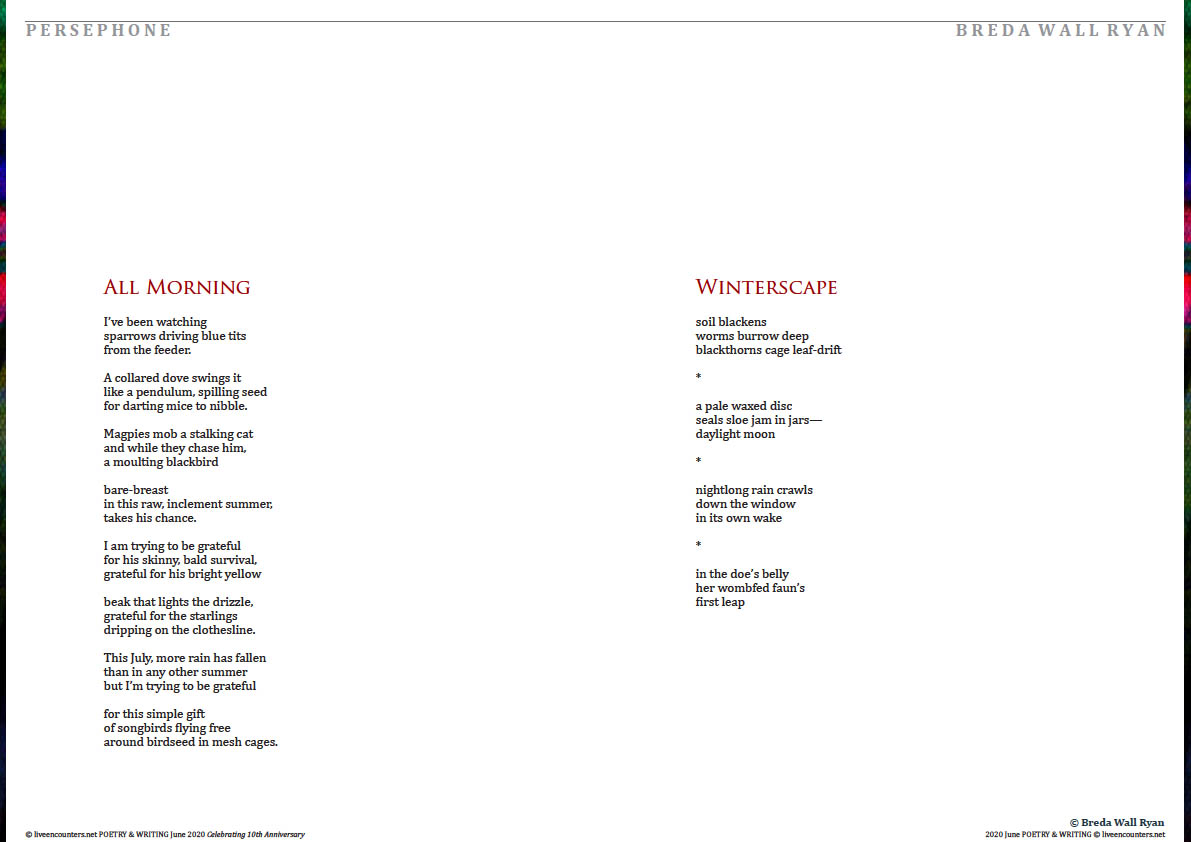 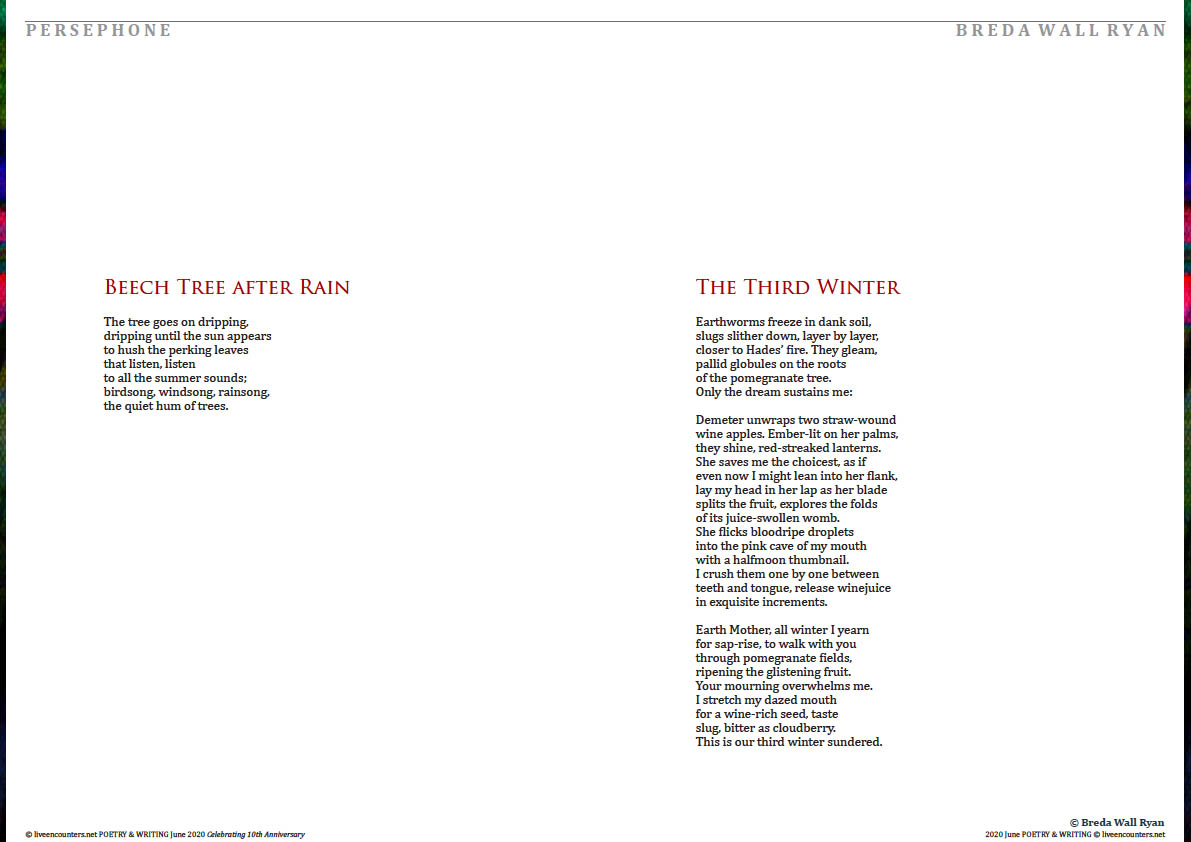