Ana Luísa Amaral has published over thirty books of poetry, a play, a novel, essays, and several books for children. She is translated into over twenty languages and published in several countries. She herself has translated the poetry of Emily Dickinson, William Shakespeare or John Updike. A collection of her poems has come out in the USA, with New Directions (What’s in a Name, transl. Margaret Jull Costa, 2019). She was awarded national and international prizes and distinctions, among which the Correntes d’Escritas/Casino da Póvoa Prize, the Giuseppe Acerbi Prize for Poetry, the Great Prize of the Portuguese Association of Writers, the Prize PEN for Fiction, the Fondazione Roma International Prize or the Prize of Essay Jacinto Prado Coelho. Apart from writing poetry, her academic research fields are Feminist and Queer Studies.

Margaret Jull Costa has been a literary translator for over thirty years and has translated works by novelists such as Eça de Queiroz, José Saramago and Javier Marías, as well as the poetry of Sophia de Mello Breyner Andresen, Ana Luísa Amaral and Fernando Pessoa. She has won various prizes, most recently the 2017 Premio Valle-Inclán. In 2013 she was invited to become a Fellow of the Royal Society of Literature, in 2014 she was awarded an OBE for services to literature, and in 2015 she was given an Honorary Doctorate by the University of Leeds. In 2018 she was made an Officer of the Ordem do Infante Enrique by the Portuguese government and was given a Lifetime Award for Excellence in Translation by the Queen Sofia Spanish Institute in New York. 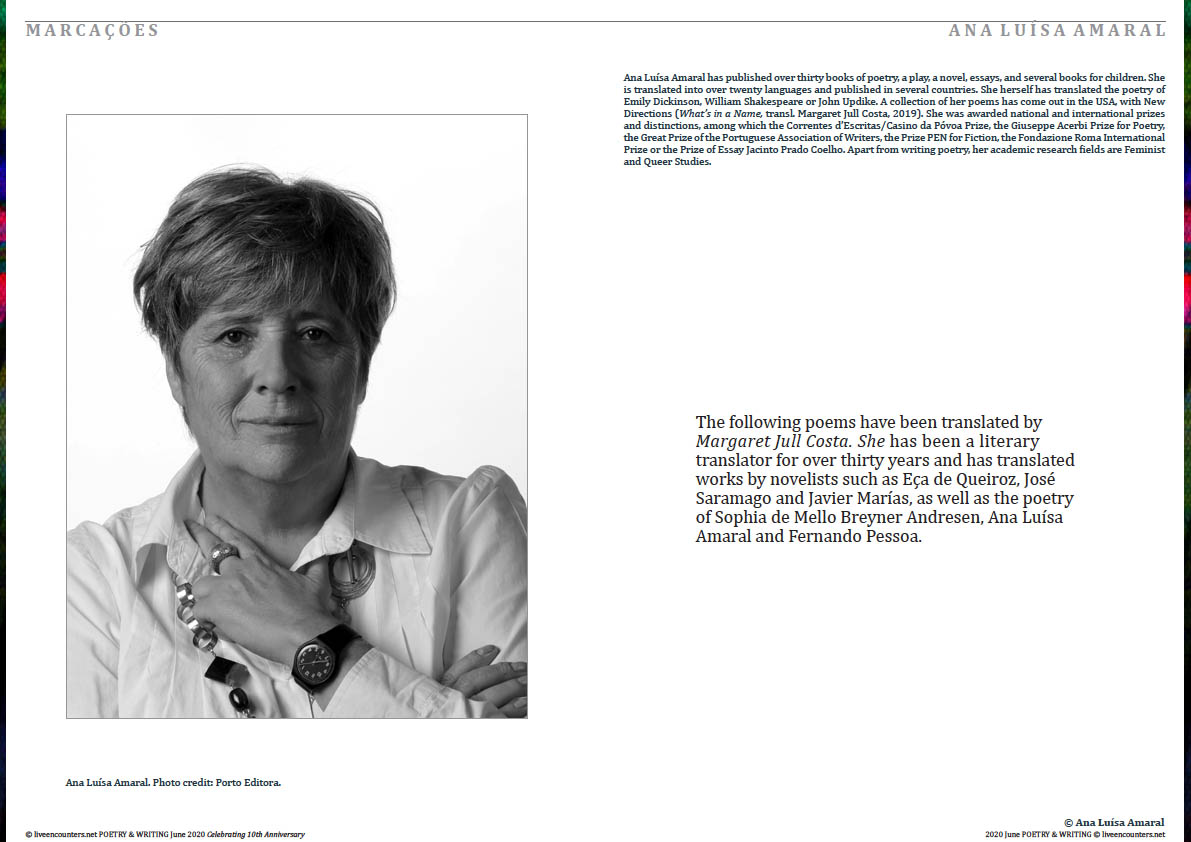 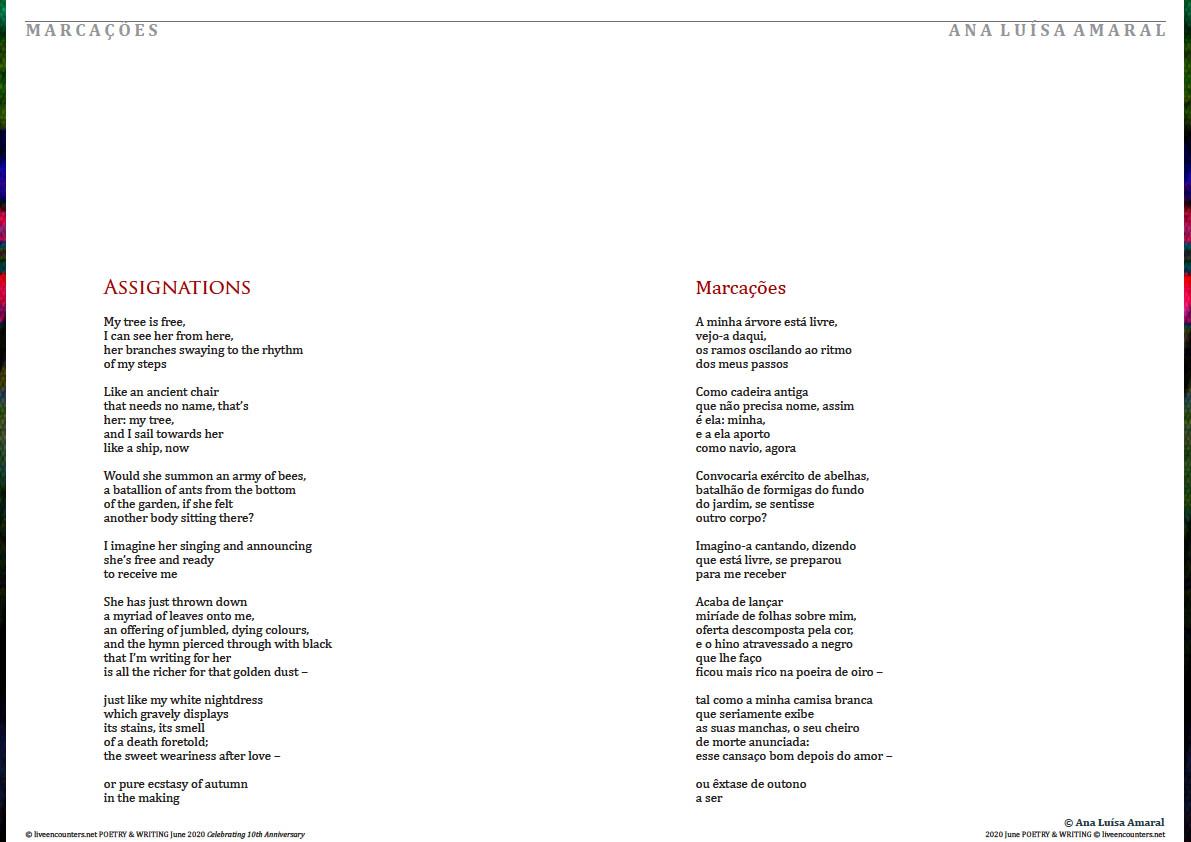 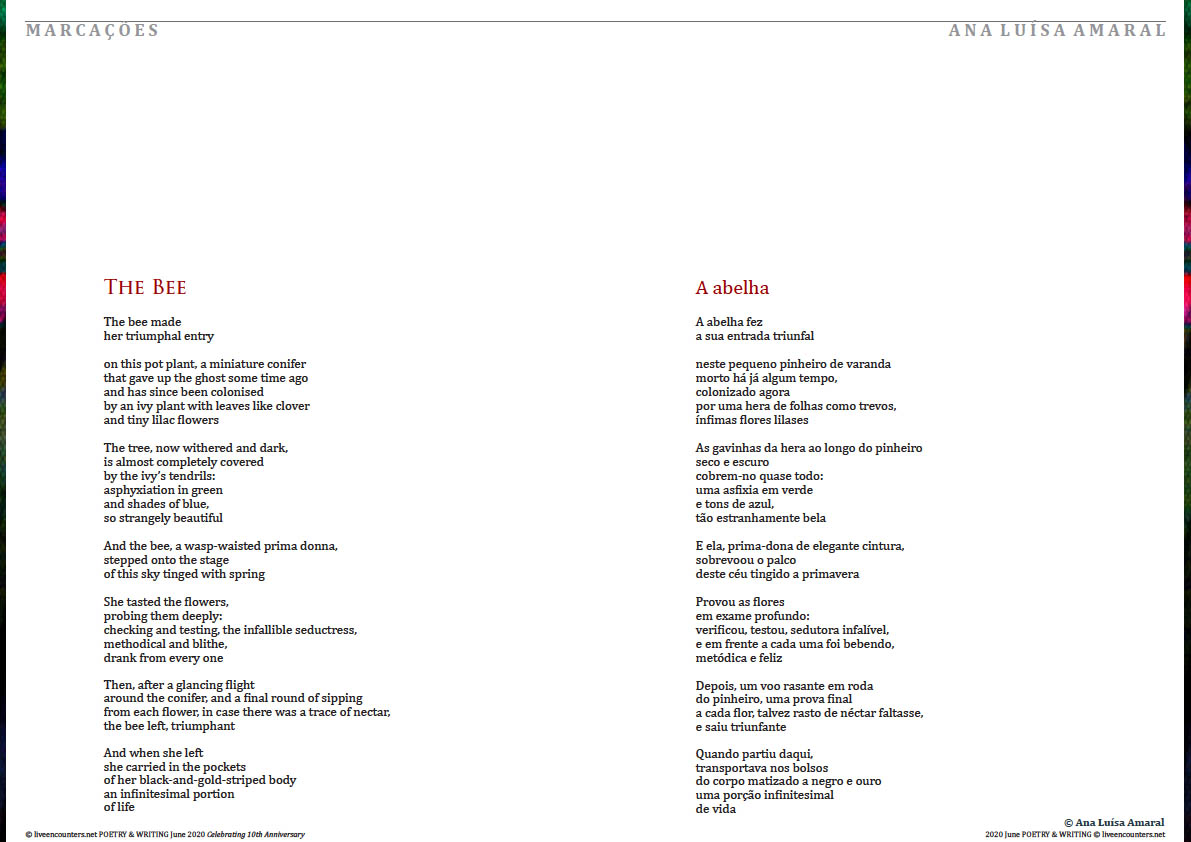