Alan Walowitz has been writing poetry for more than 50 years. He’s studied with many well-known poets who would probably not want their names mentioned with his. He earned the bulk of his fortune as a teacher of secondary English for 34 years. He also served as Coordinator of English Language Arts in White Plains, NY public schools from 1992 till 2004.  Since, he’s taught at Pace University, St. John’s University, and for the last 16 years at Manhattanville College. His poems can be found on the web and off.  He’s a Contributing Editor at Verse-Virtual, and his poems have been nominated for a Pushcart Prize in 2017 and 2018.  Alan’s chapbook, Exactly Like Love, is available from Osedax Press.  His full-length book, from Truth Serum Press, is The Story of the Milkman and Other Poems.   His forthcoming chapbook, In the Muddle of the Night, co-written with poet Betsy Mars,  will be published some time in 2020. 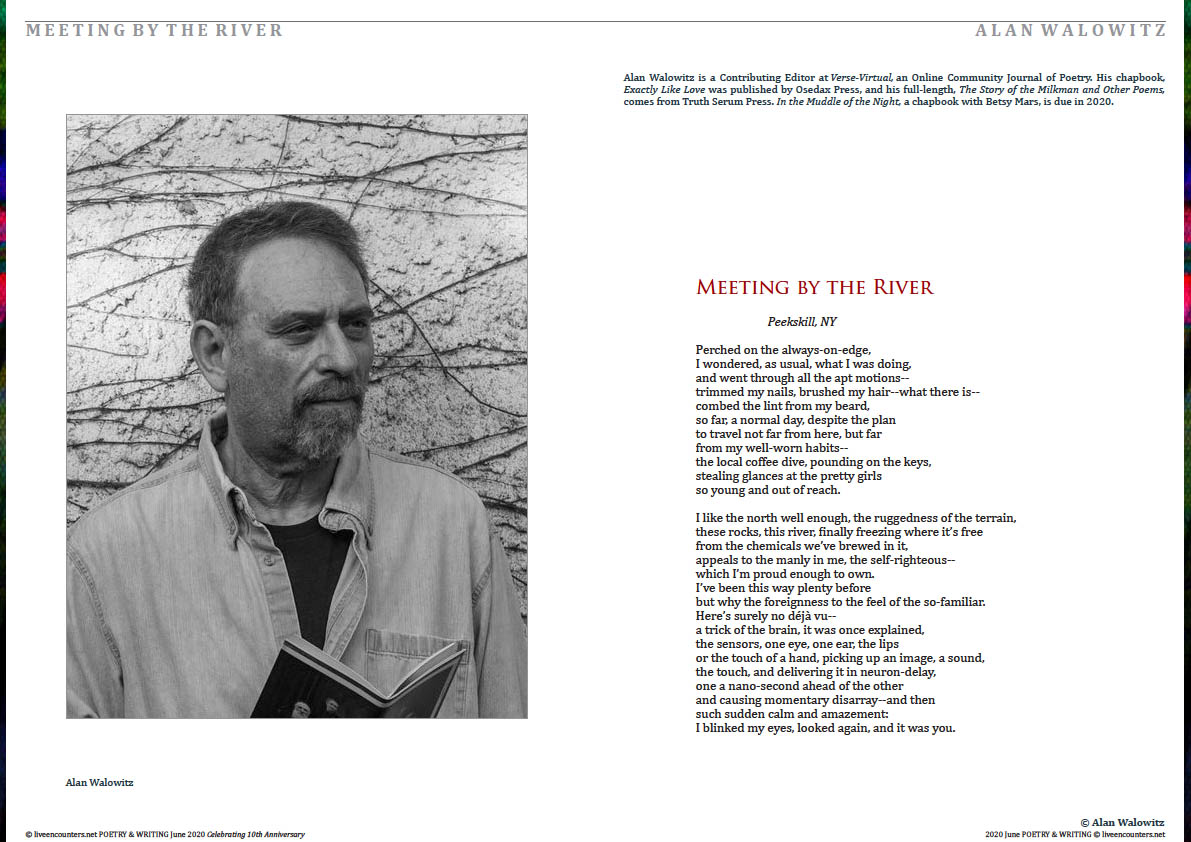 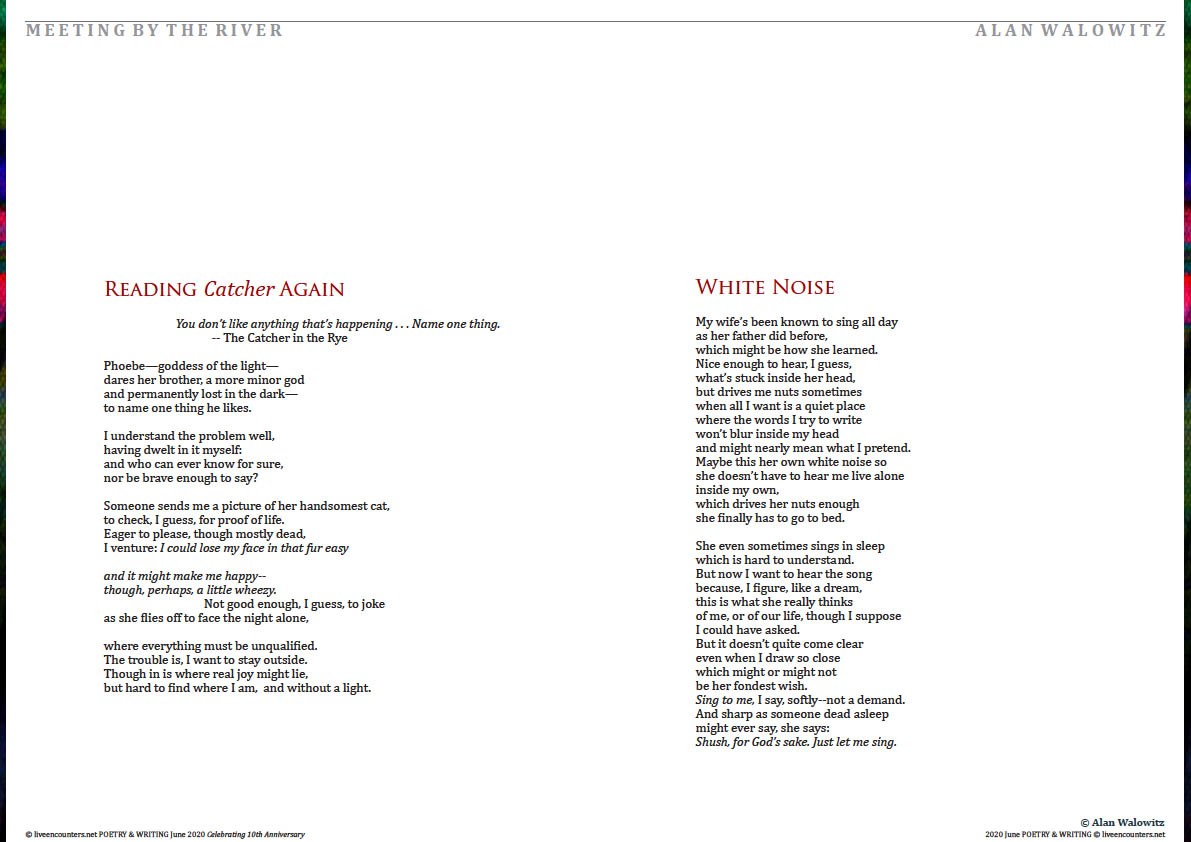