Souzan Ali is a Syrian poet who lives in Damascus. Her debut collection of poetry The Woman in my Mouth was published by Mediterranean Press, 2017, in Italy. She has read her work widely throughout the Middle East, and she is also a noted playwright. Kohl Arabi – Arab Eyeliner won her the Gold Prize at the international theatre festival in Carthage, 2019. Souzan’s writing has been profoundly influenced by the war, which has been going on now for over a decade. She lost a brother to it, and she lives in fear daily. It is a great honour for me to publish some of Souzan’s poems here and which have been translated wonderfully by her fellow Syrian poet Osama Esber. 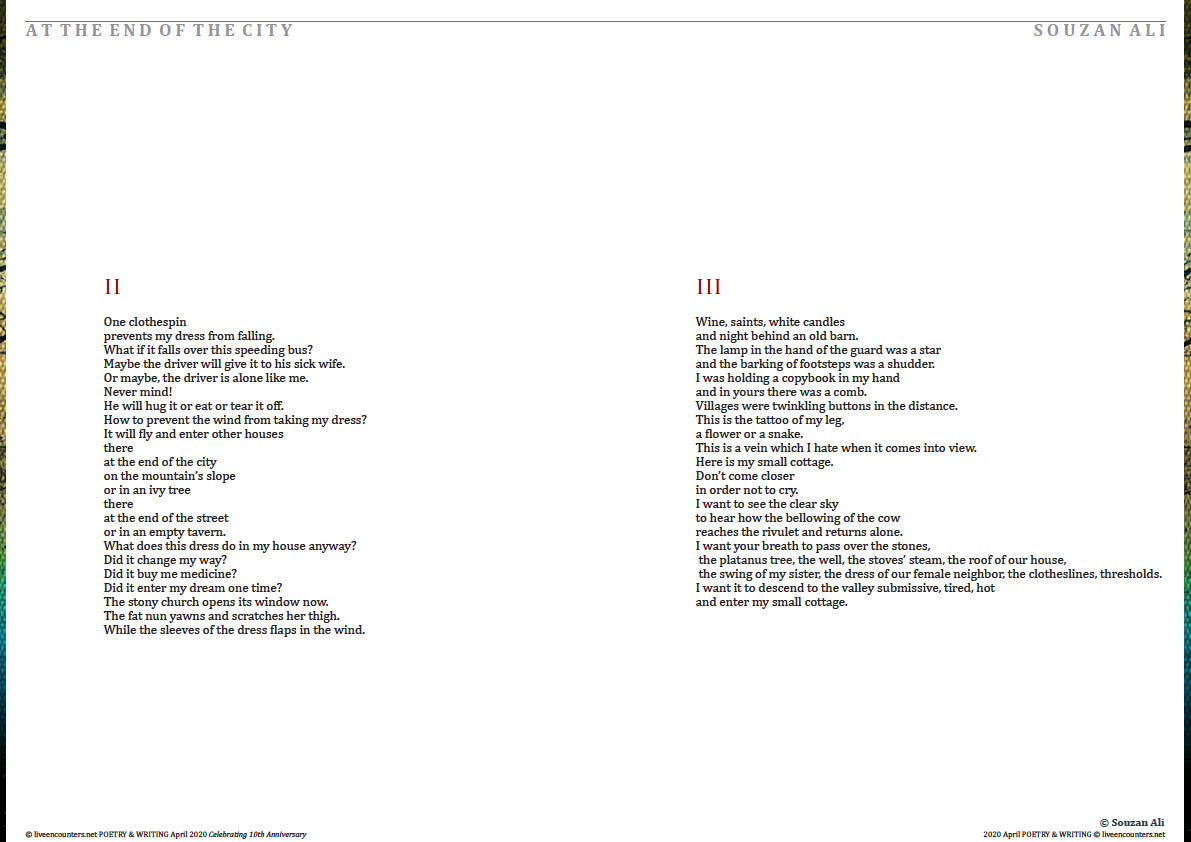