Mick Corrigans’ poems have been rejected by some of the finest magazines around, his debut collection, “Deep Fried Unicorn”, was released in to the wild in 2015.His poems have been nominated for The Pushcart Prize (USA) and The Forward Poetry Prize (UK). His second collection if ever completed, will be launched on an unsuspecting public like a clown fired from a cannon. He plans to do wild and reckless things with his hair before it’s too late. 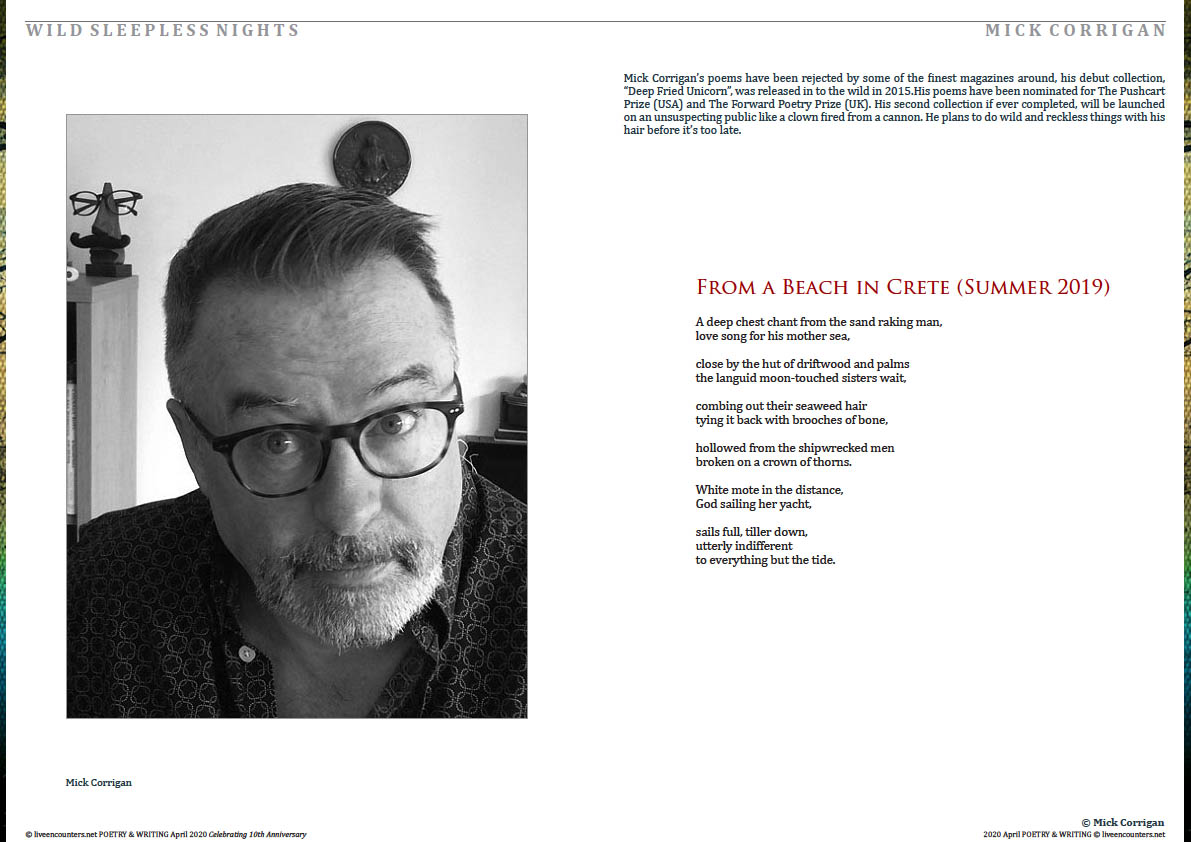 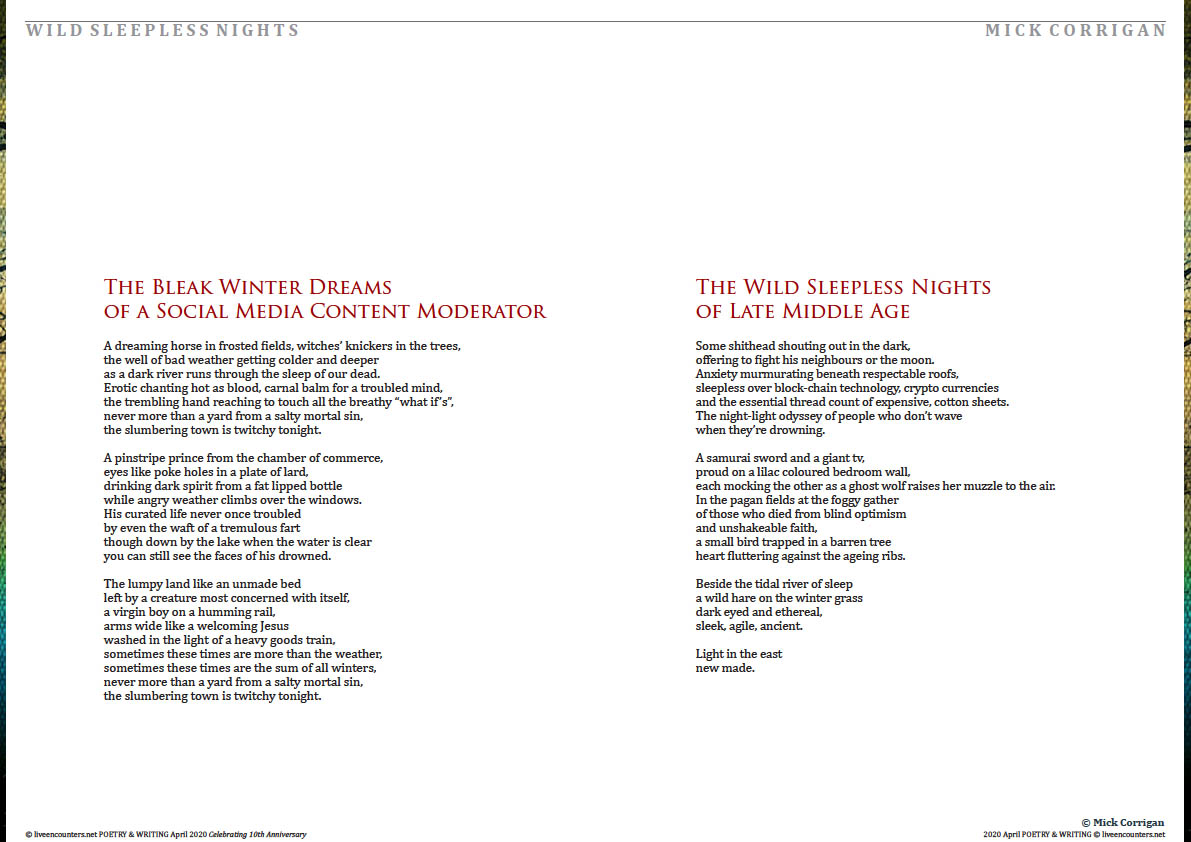 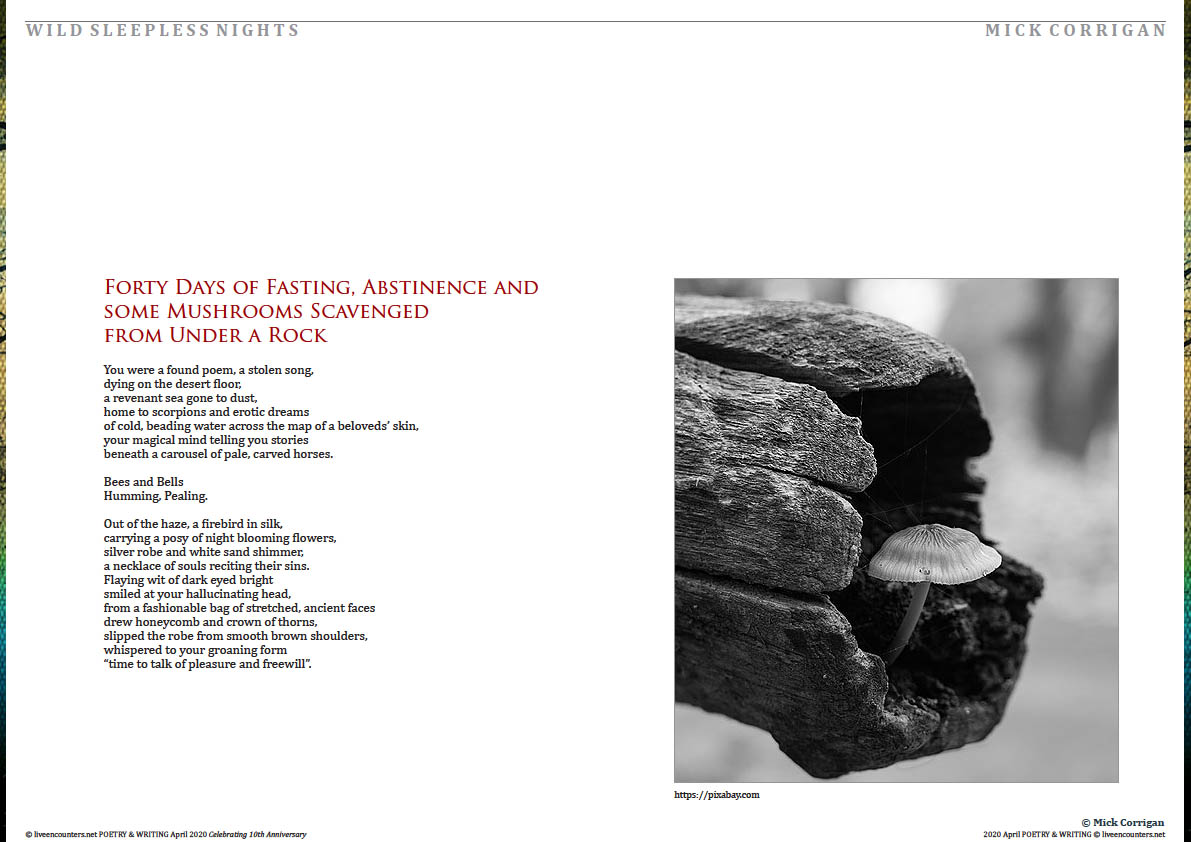