Éamon Mag Uidhir first appeared in print as a poet in 1969. While at Trinity College during the 1970s he edited Icarus and TCD Miscellany. He spent twenty years as a newspaper journalist and a further twenty as an editor, before returning to writing. Since then he has published poems in many magazines and read in venues around Ireland, and also in Paris and Barcelona. He is currently editor of the quarterly poetry narrowsheet FLARE  www.flare.ie  and has edited a number of poetry collections. 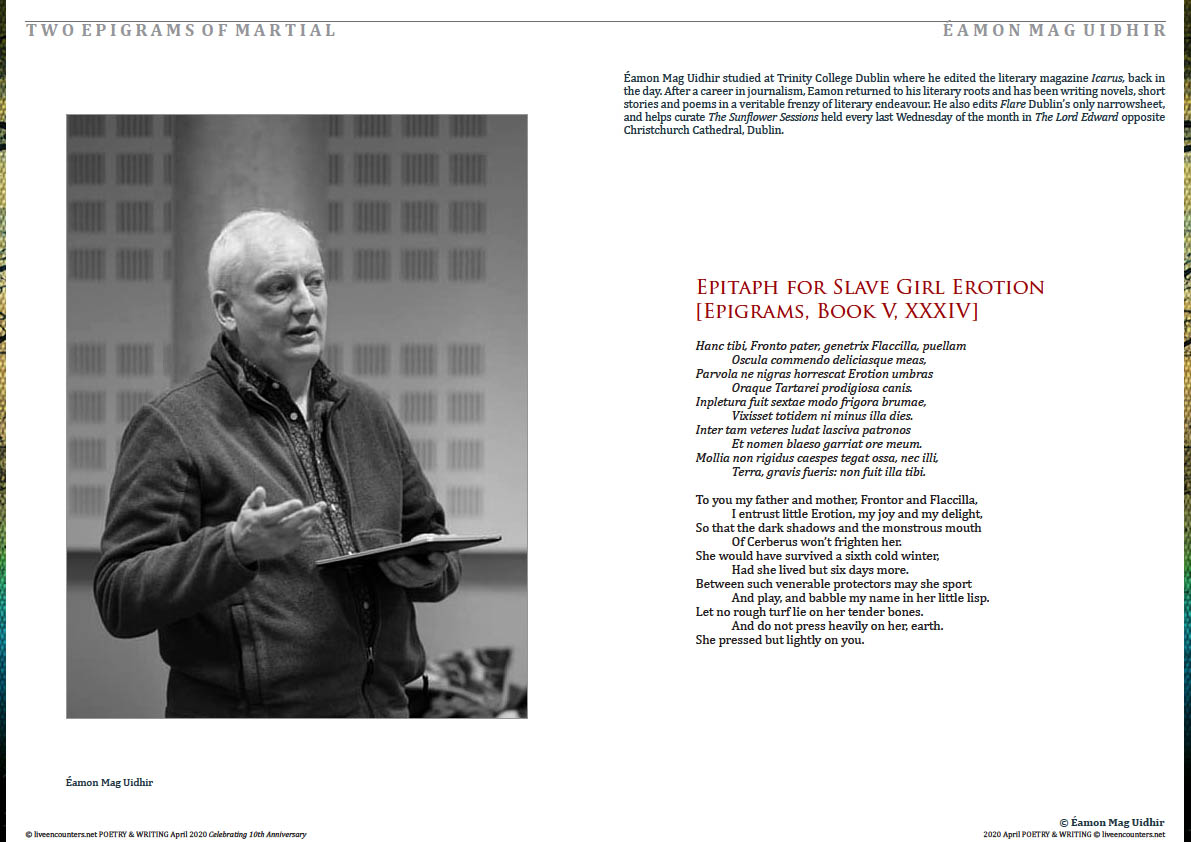 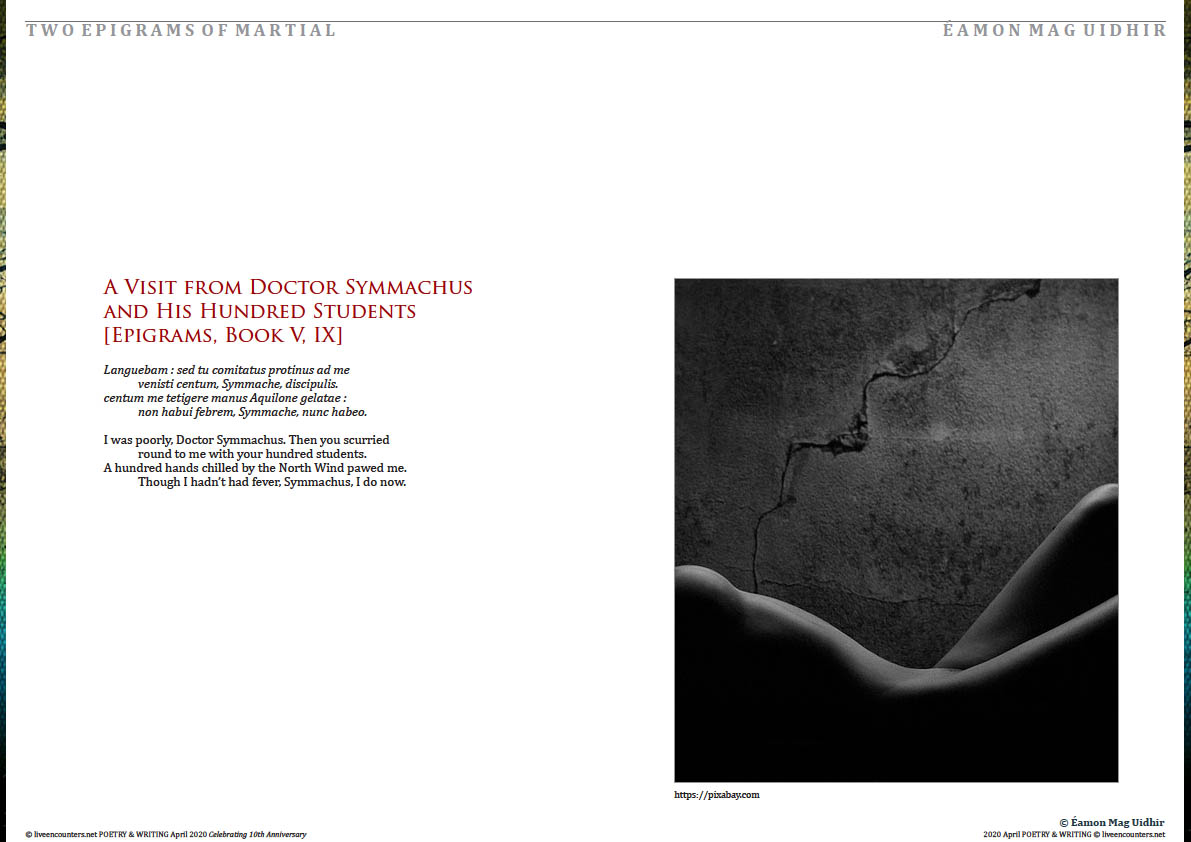