Antonia Alexandra Klimenko was first introduced on the BBC and to the literary world by the legendary James Meary Tambimuttu of Poetry London. A former San Francisco Poetry Slam Champion, her work has appeared in (among others) Maintenant : Journal of Contemporary Dada Writing and Art archived at the Smithsonian Institution in Washington, D.C. and New York’s Museum of Modern Art. She is the recipient of two grants:  one from Poets in Need, of which Michael (100 Thousand Poets for Change) Rothenberg is a co-founder; the second—the 2018 Generosity Award bestowed on her by Kathleen Spivack and Josheph Murray for her outstanding service to international writers through SpokenWord Paris where she is Writer/ Poet in Residence. 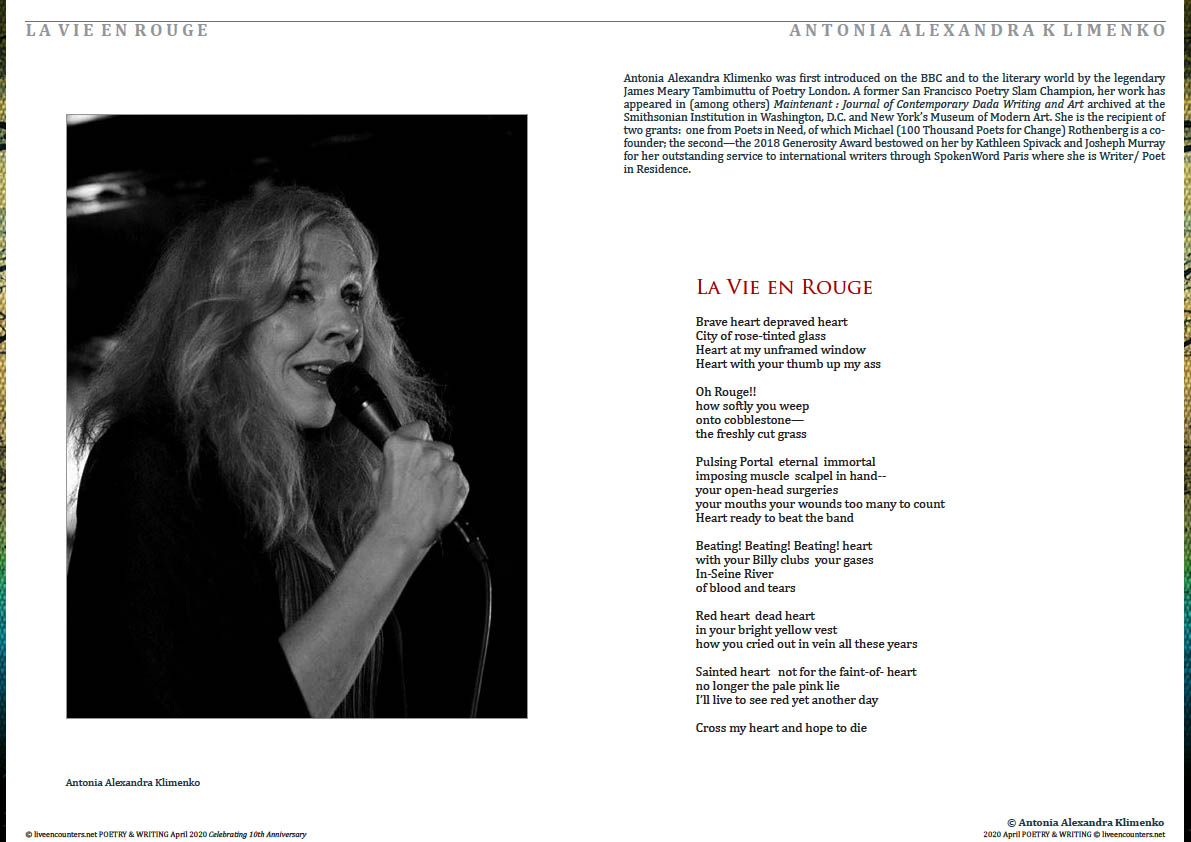 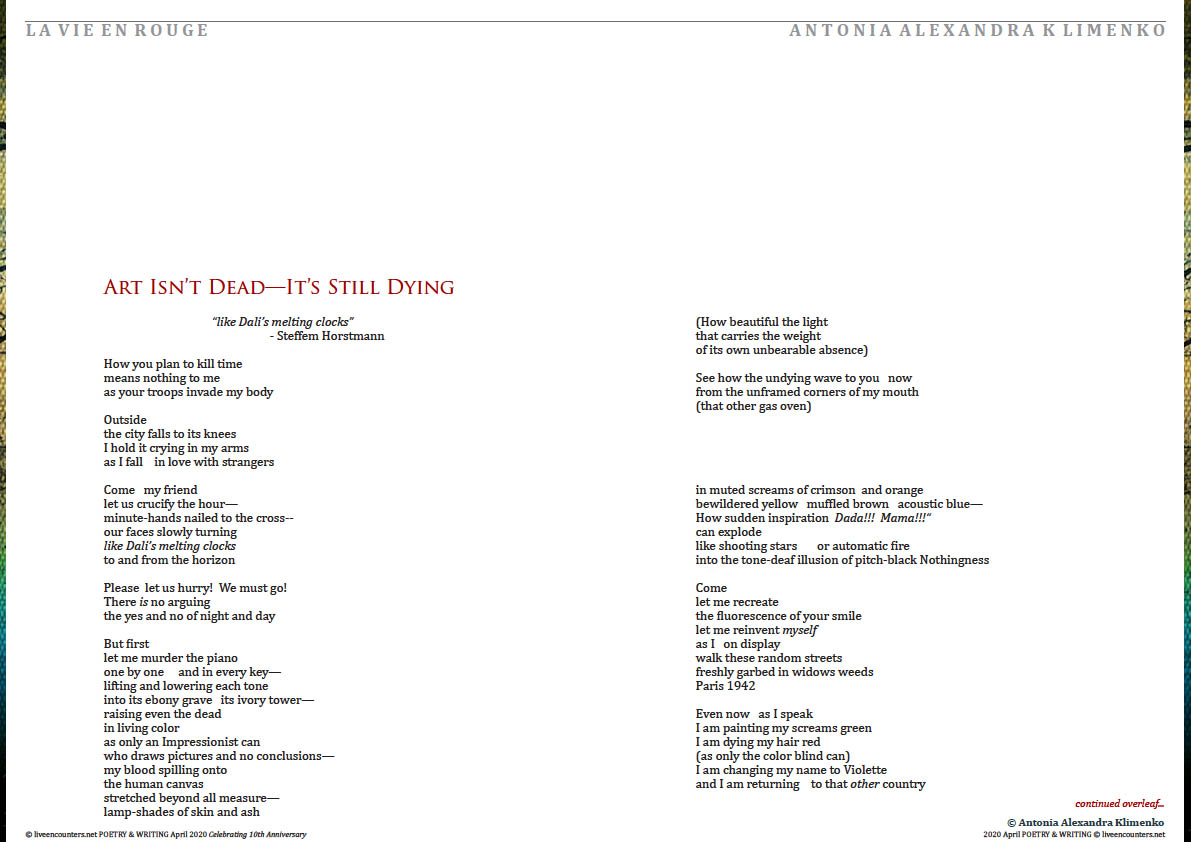 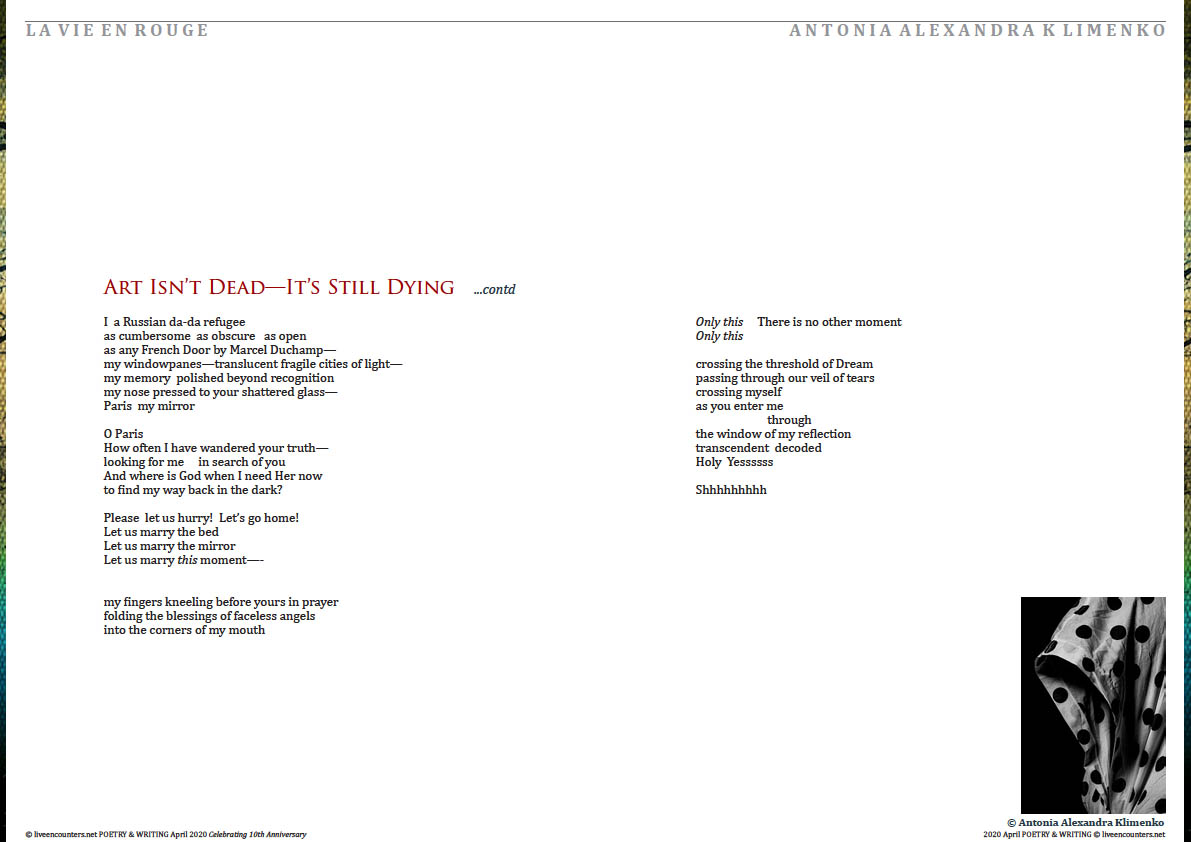