Polly Richardson (Munnelly) is a Dublin born poet now living and writing in Meath. She has been published both nationally and internationally in many anthologies and e-zines – (The Blue Nib, Lotus Eater, Mad Swirl, Nixes Mate, Porter Gulch Review, Impspired.  She is member of and co runs Navan writers’ group: The Bulls Arse. Polly has been heard reading at open mic nights, on local radio and at poetry festivals throughout Ireland, on live links broadcasting internationally 2013 – 2019. In 2017 she travelled to Amsterdam, was heard reading in Harrlem alongside Frisian poet laureate of Netherlands Tsead Brunja & musicians. Her poems have featured on various poetry trails in 2014 – 2019 (Blackwater poetry festival) & (Fleadh Ceoil Drogheda) She has had honourable commendation in Blue Nibs second chap book contest by judge Kevin Higgins 2018.  In March 2019 she was heard at Trim poetry festival in Meath and had her first short story published by Impspired later in that same year. Her second short story was published in early 2020 along with several poems in Impspired’s first print anthology. She poems due out in Boyne Berries 27 lit mag 2020. Some of her work was used to inspire young artists and turned into sculptures in Dallas US and . She is currently working on her first collection. 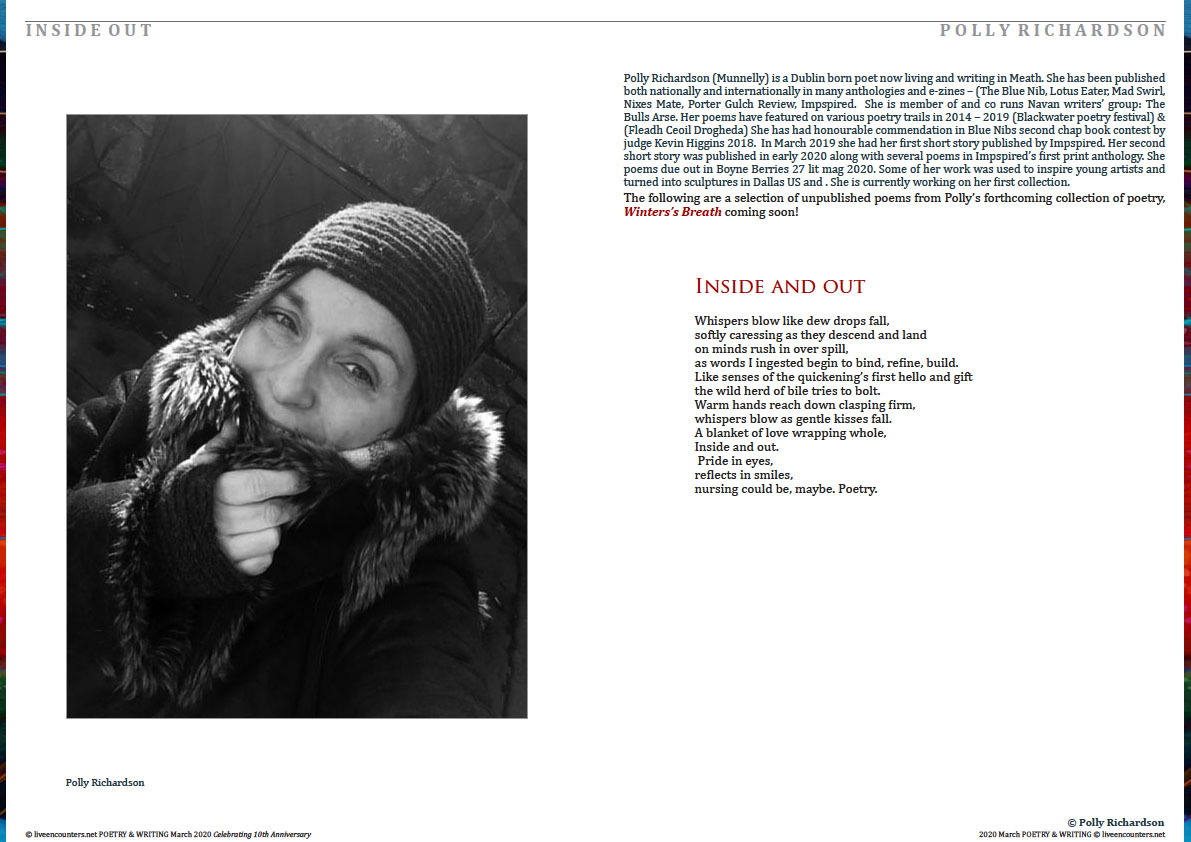 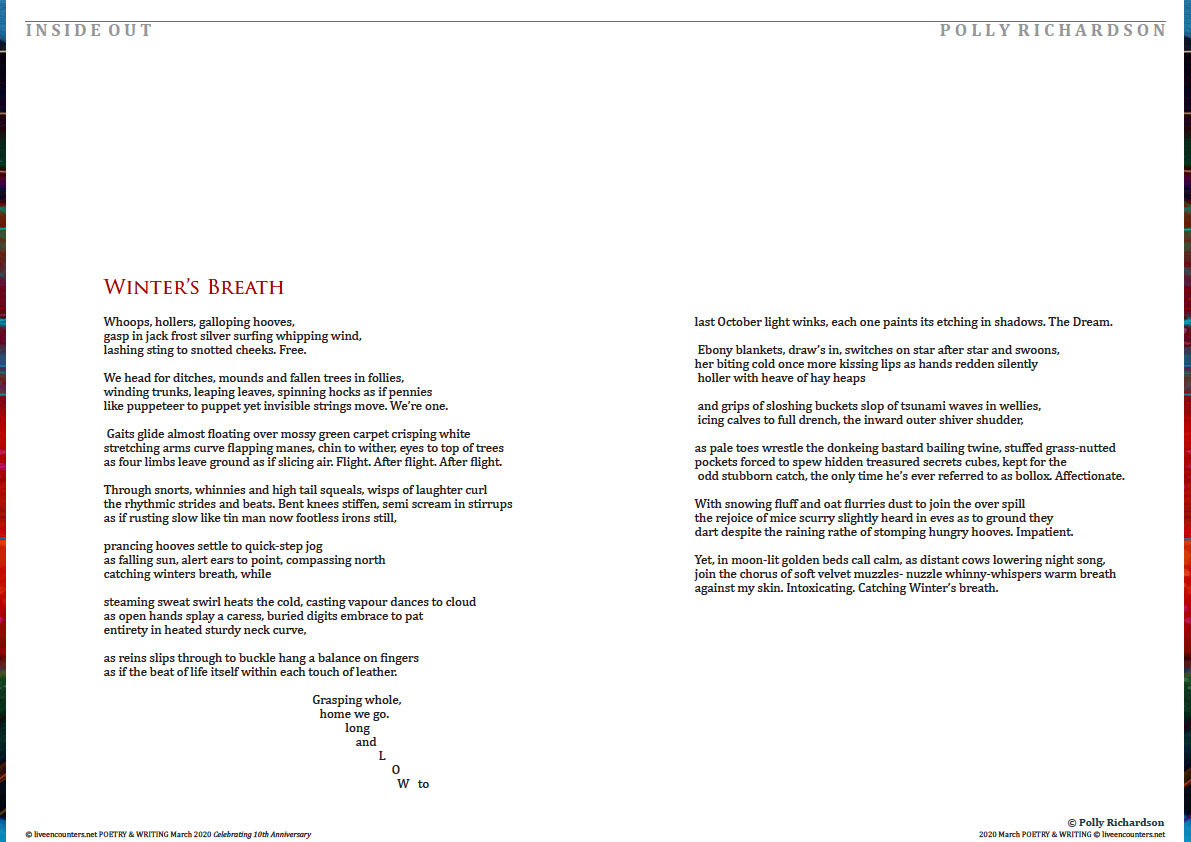 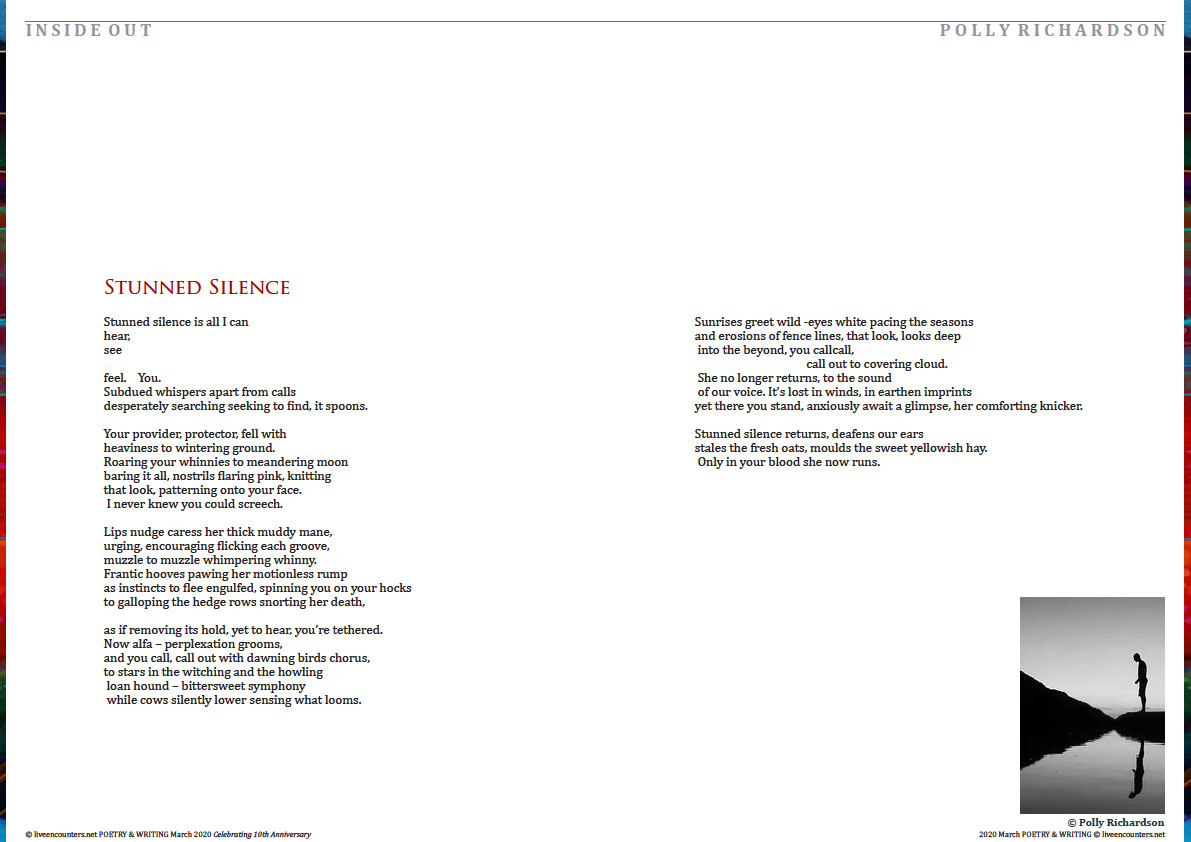 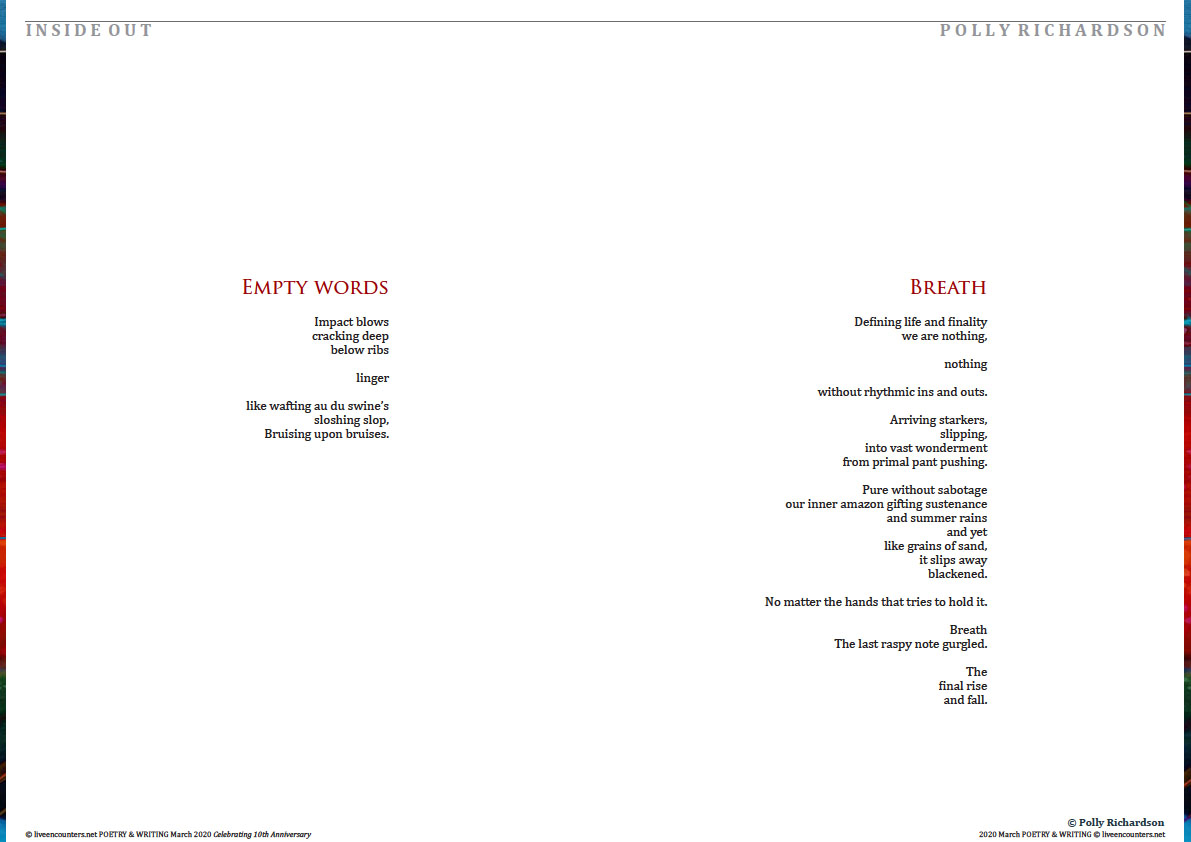