Geoff Callard spent several decades on earth blissfully unaware that in most things there is a right and a wrong; like packets are opened along the perforation guides, and your car is parked within the lines painted on the road.  Rolling through life unburdened by such considerations as he was, ‘callarded’ entered the English language to describe the right thing done in the wrong way. No more so than in his callarded career where for years he simply didn’t see the perforations and boundary lines so important to everyone else in the corporate world. Fortunately, he is now applying his callarded ways to thoughts and words, to describe the world with the disregard for the painted lines. Since he began writing less than two years ago he has been feature poet at Be Mused Poetry and at the Australia launch for Planet in Peril, and published in the Golden Walkman magazine, the ‘Planet in Peril’ Anthology (Fly on the Wall Poetry) and Write to the River. A feature poet at Be Mused Poetry & Humanity in Melbourne and has recently been selected as the Artist’s Choice for the Golden Walkman magazine 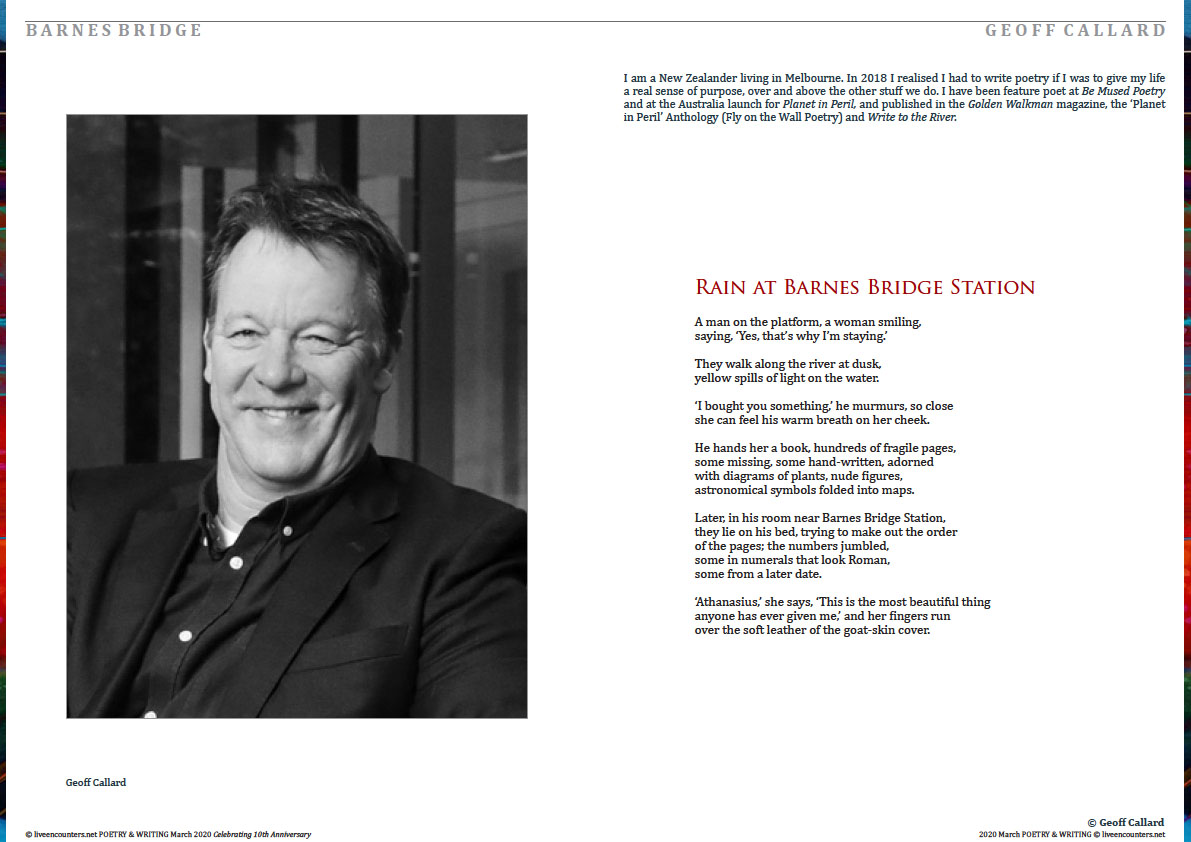 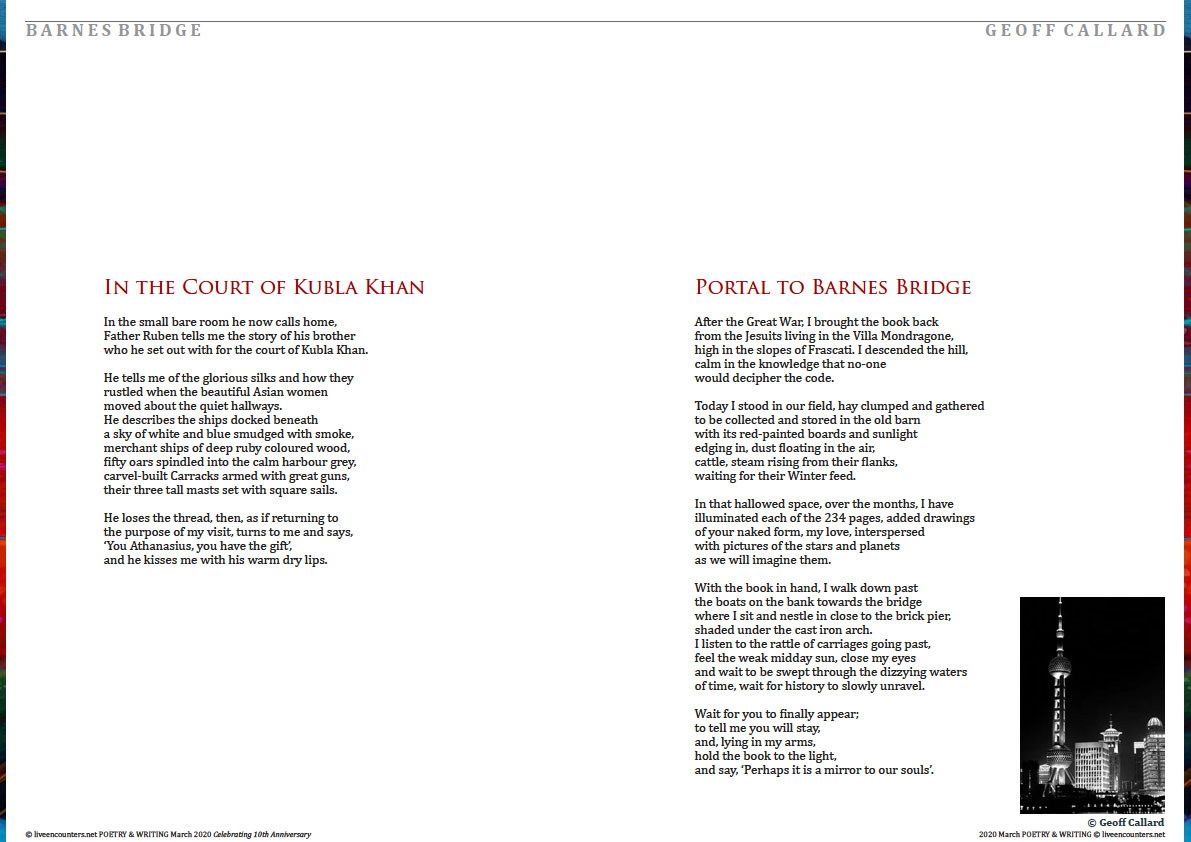