Bob Shakeshaft has been a long time participant on the Dublin open mic scene. Bob has read at the Inchicore village festival in 2005, at Seven Towers open mic sessions, at the Glor sessions where he recorded his poem Why. ? He has also appeared in Seven Towers anthology 2012/2013.Bob is also published in the Curlew collection by writers from Dublin, and the Ardgillan writer’s anthology, where he has been a long time member of this group. Bob has poems published in the broadsheet Riposte, edited by Michael O Flanagan, sadly this broadsheet came to its demise in 2015. And 2014 had his poem” Butterfly” published in the Brown critique magazine, UK. He also appeared in an anthology,” And Agamemnon Dead “, published in conjunction with the Skerries poetry festival Donkey shots. Poems appearing in this Anthology, include, “A plague of uncertainty”, Auld Rope “, and “Gur Cake”. Bob has just recently appeared in the latest issue of the New Ulster Anu, the 40th. Issue. In this Anthology the following Poems appear.” Auld tripe”, “Ashen Sun “, Toddles”, A thin white line”, and “After Philomena. “Also awarded 2nd.place in the New York Literary Magazine, in the category of Life/Death. Recently received 3 commendations from the Jonathan Swift Writers Awards. Bob has recorded his poems on KFM radio, as well as Liffey sounds with host poet Eamon Lynskey, also on Dublin south radio. Recently having read at the over the edge Galway, from the Anthology, “And Agamemnon Dead”. Bob is currently striving to complete a first collection, in the distant hope of been published. 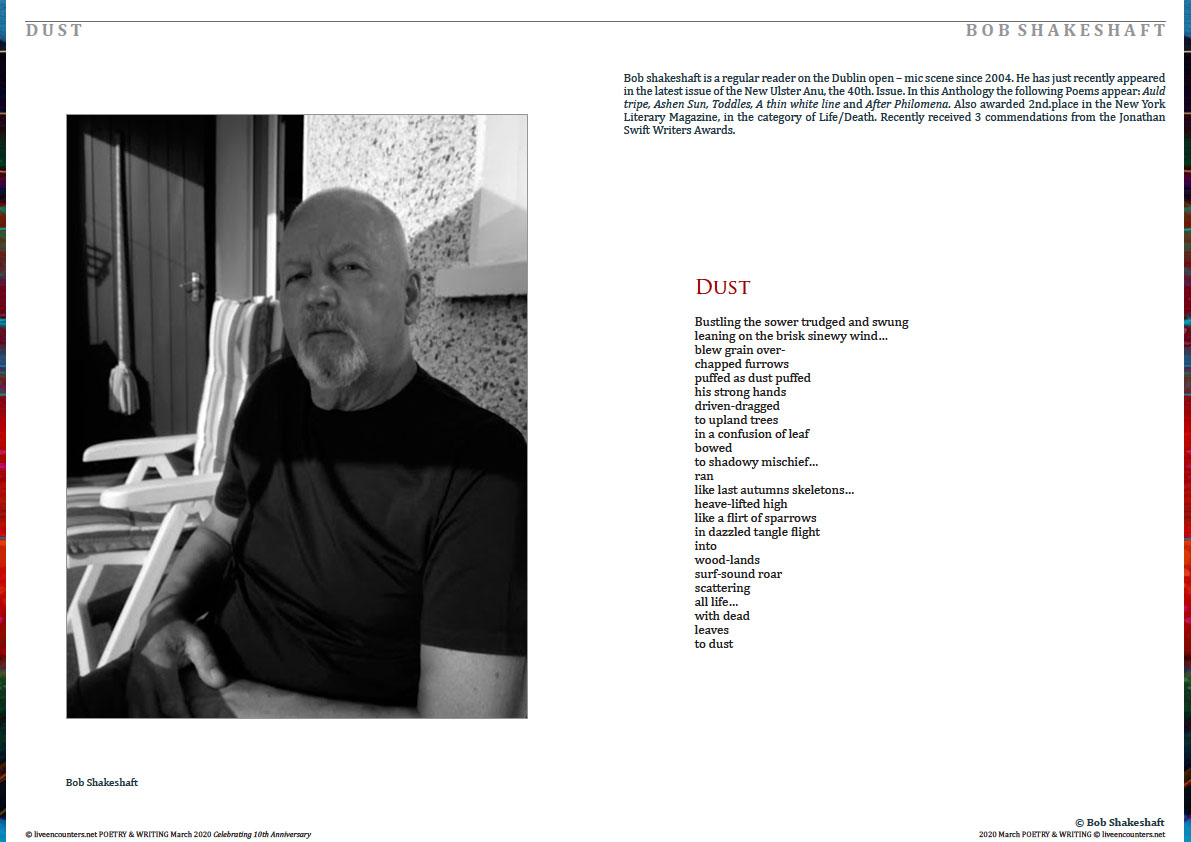 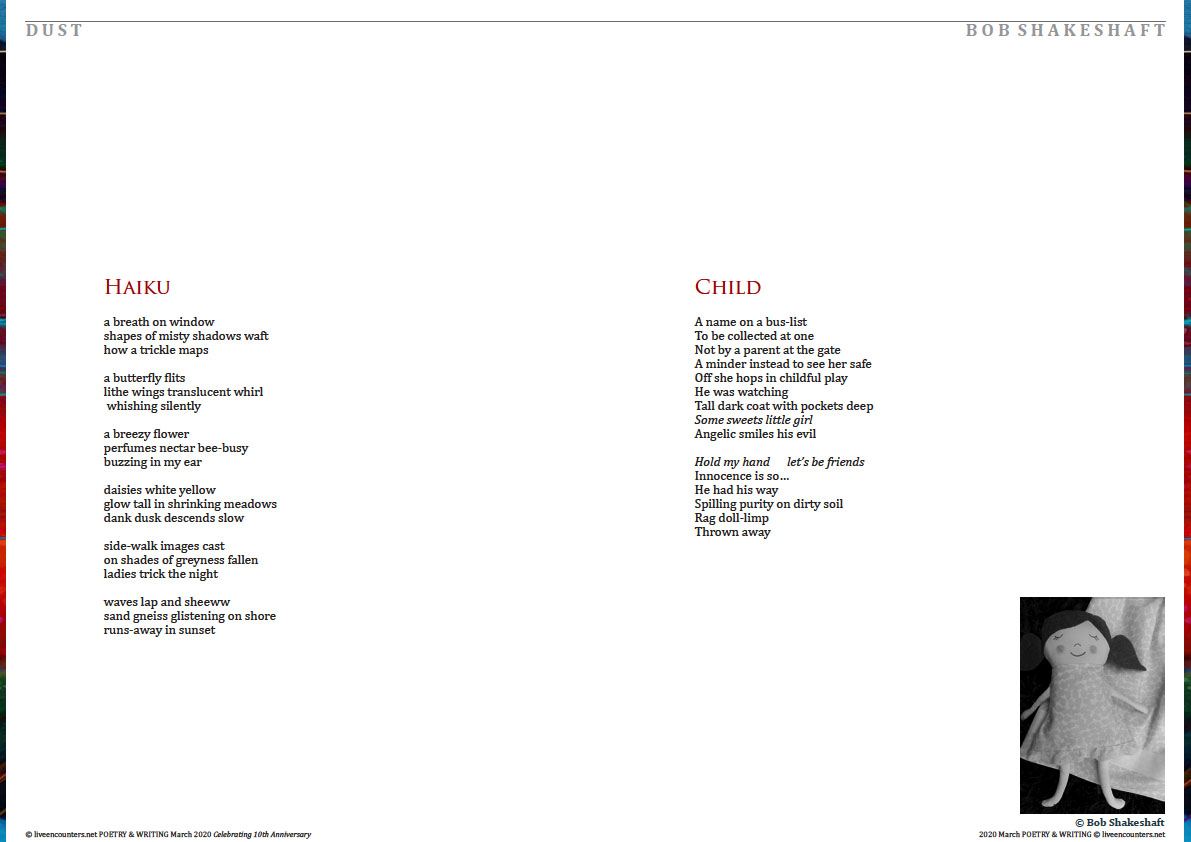