Dirk is a native of Berkeley with a BA from Stanford in creative writing and an MA from Columbia in contemporary literature. He worked for decades as a tech writer and manager for SRI’S Augmentation Research Center, Apple, Sun, and others. A few years ago, he devoted full time to fiction. He writes short stories, some experimental forms, and occasionally verse, but mostly novels, which have been published as excerpts or serially. About 80 items of fiction and a few poems have appeared in literary or general magazines. He occasionally publishes translations and photography. You can learn lots about him at www.wandd.com, and see a complete list of publications at http://www.wandd.com/Site/Publications.html. 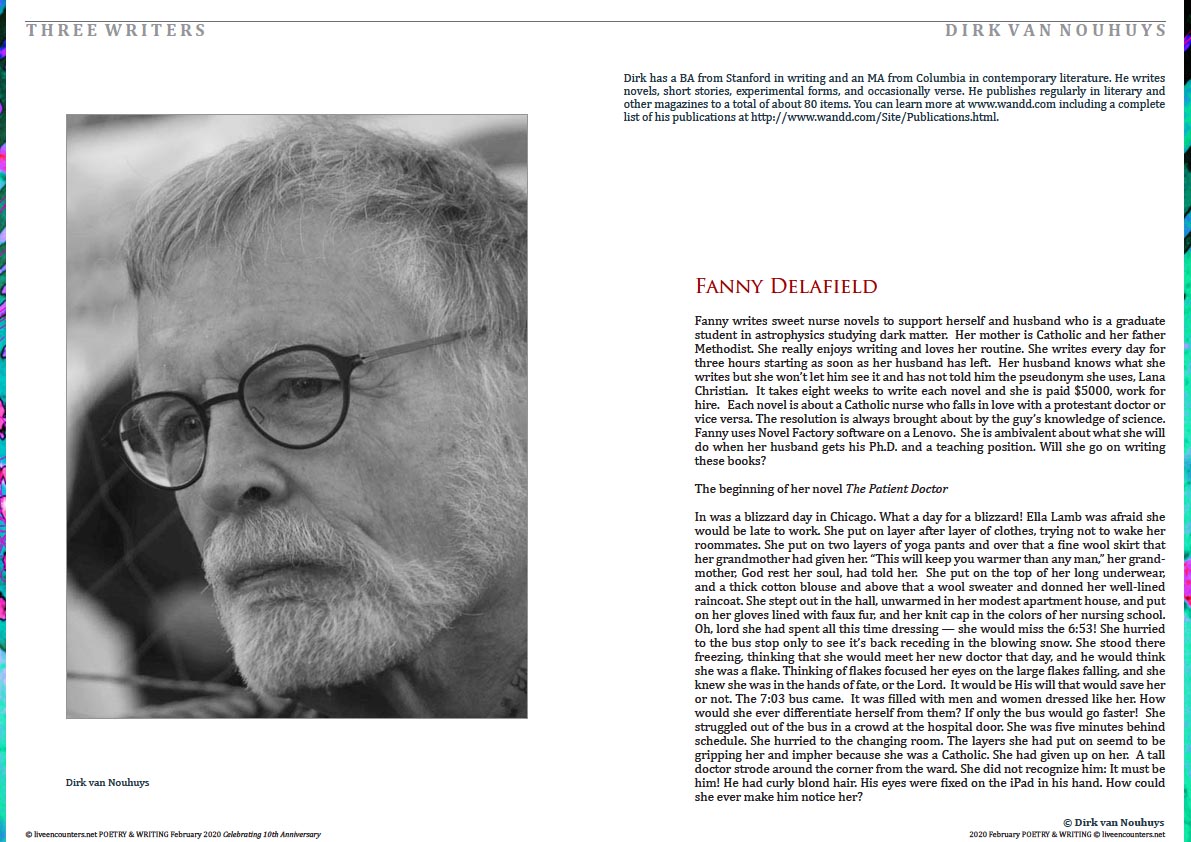 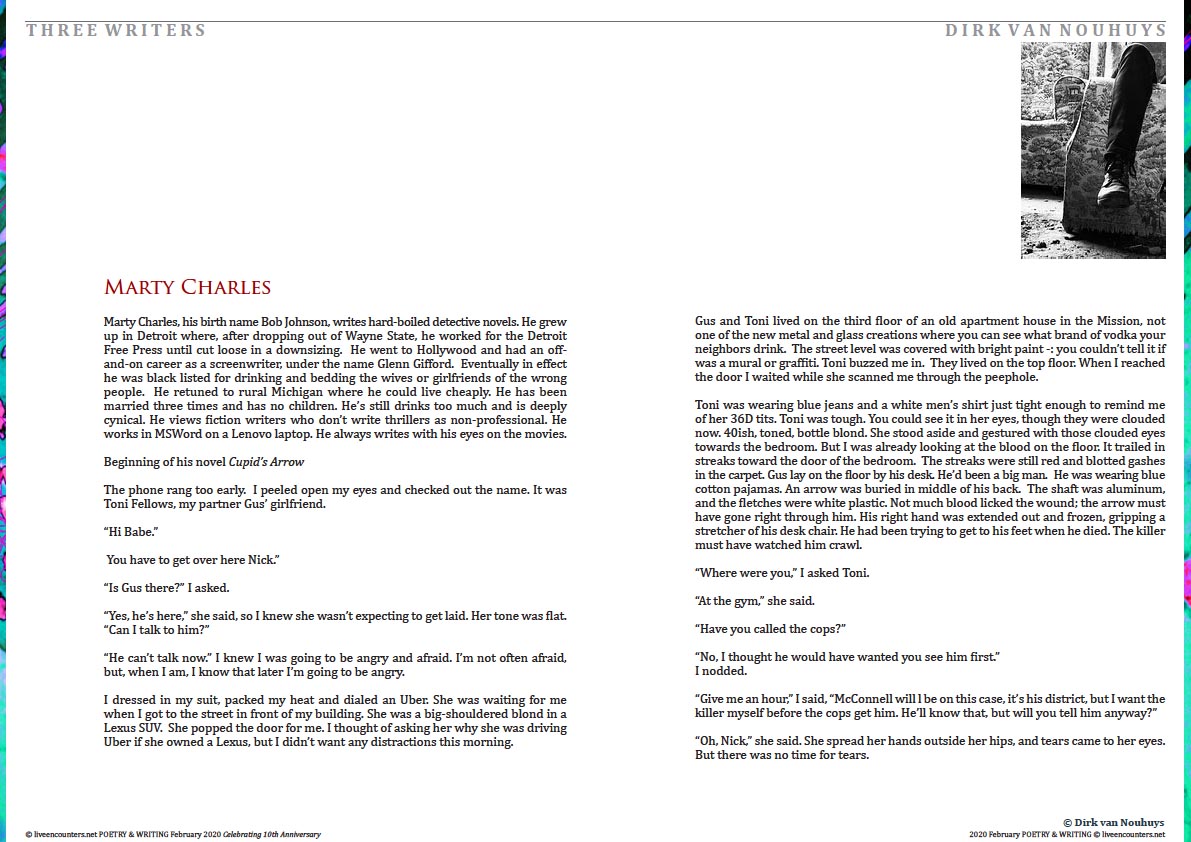