These poems were originally published in Croatian. The English translations are previously unpublished.

Vanda Petanjek was born in 1978 in Čakovec, Croatia. She graduated from the Department for English and Croatian Language and Literature at the Faculty of Philosophy in Zagreb. Her poems have been published in the Poezija magazine and on various literary internet sites and some have been aired on the radio. She lives and works in Zagreb, Croatia. FB page: https://www.facebook.com/vanda.petanjek 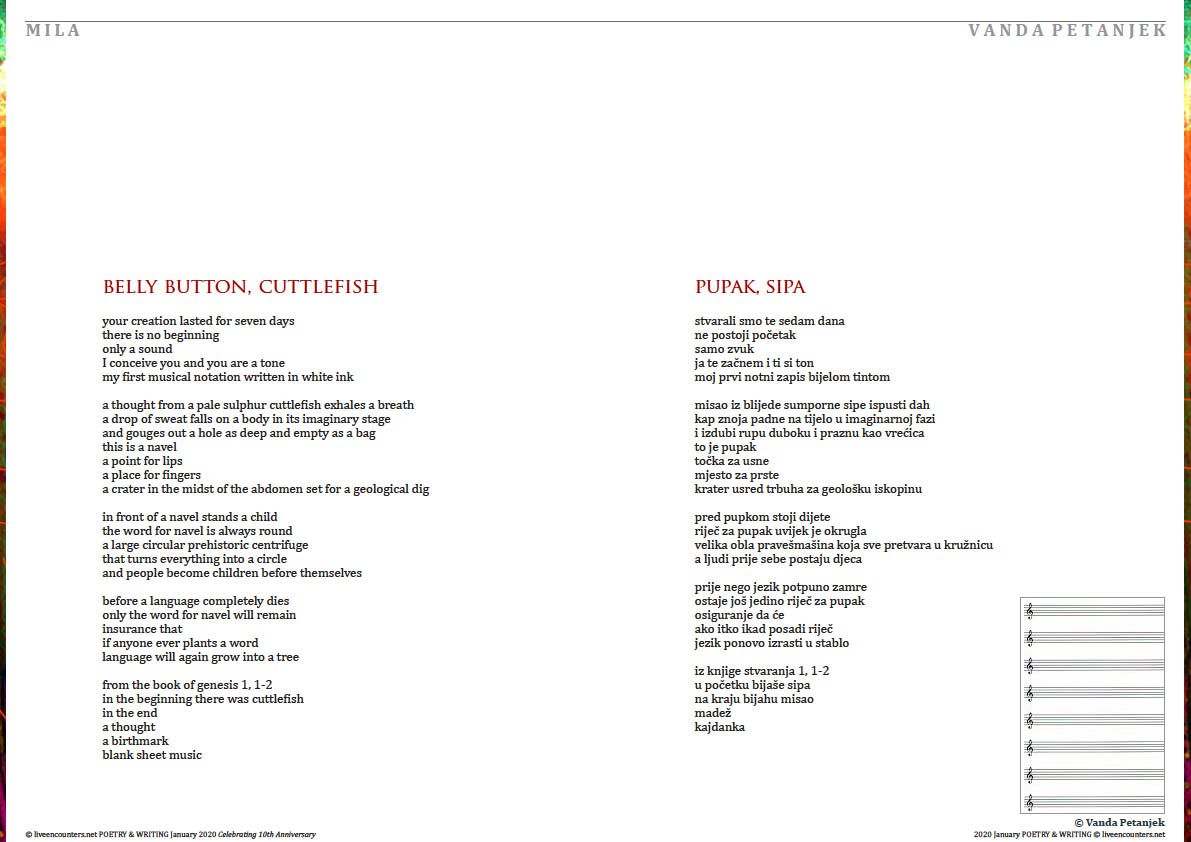 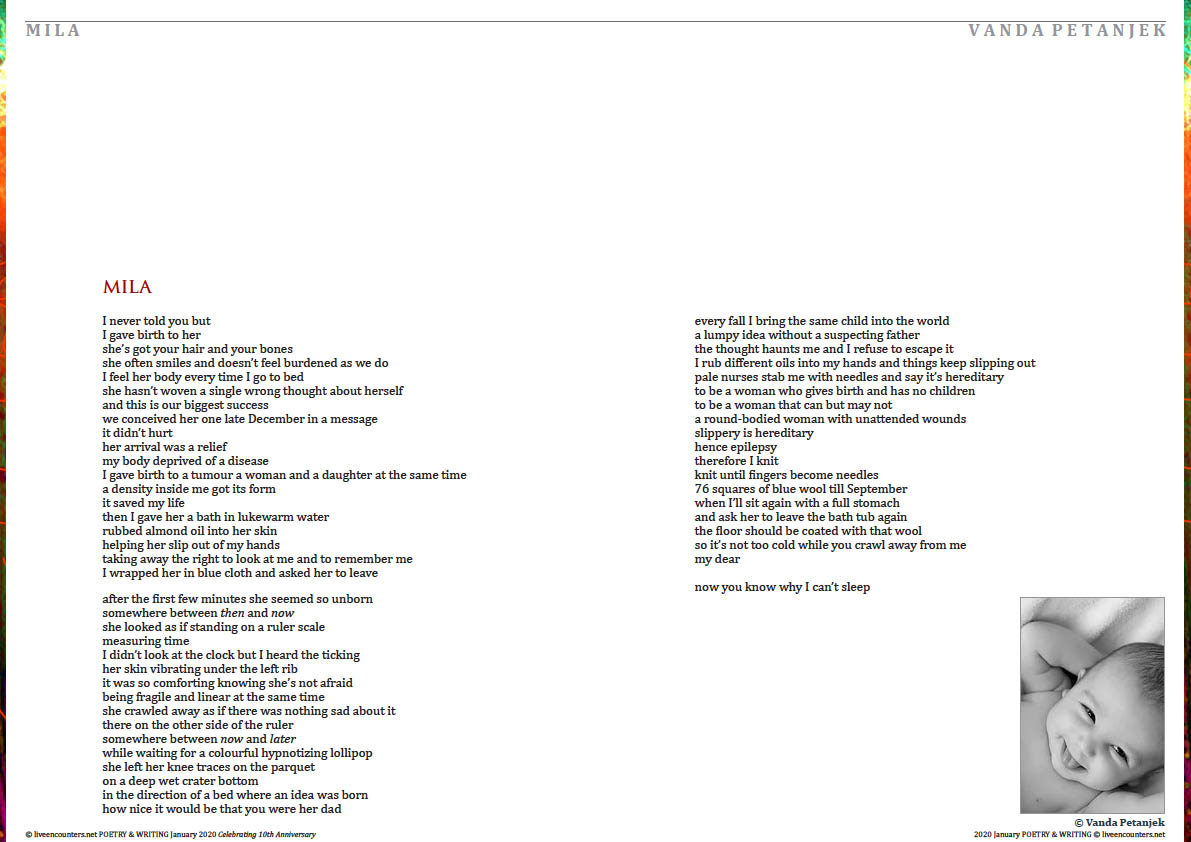 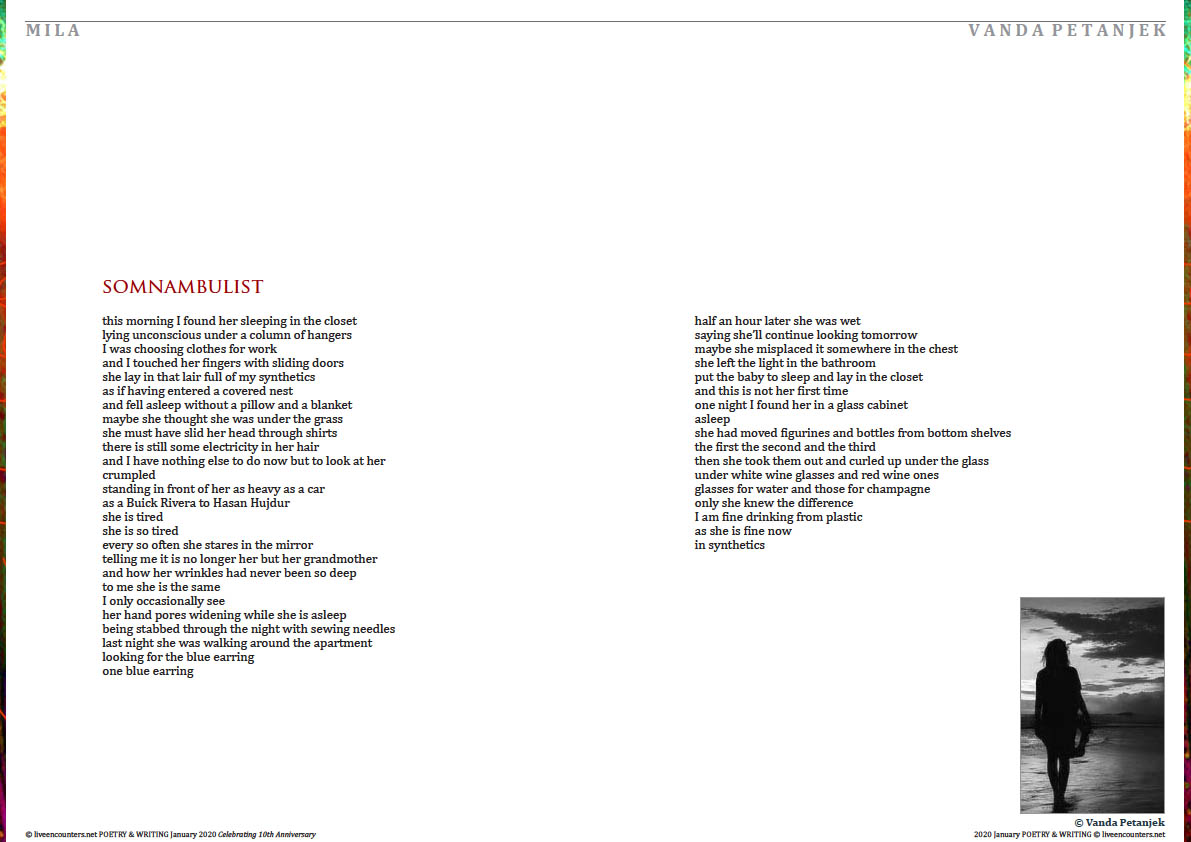 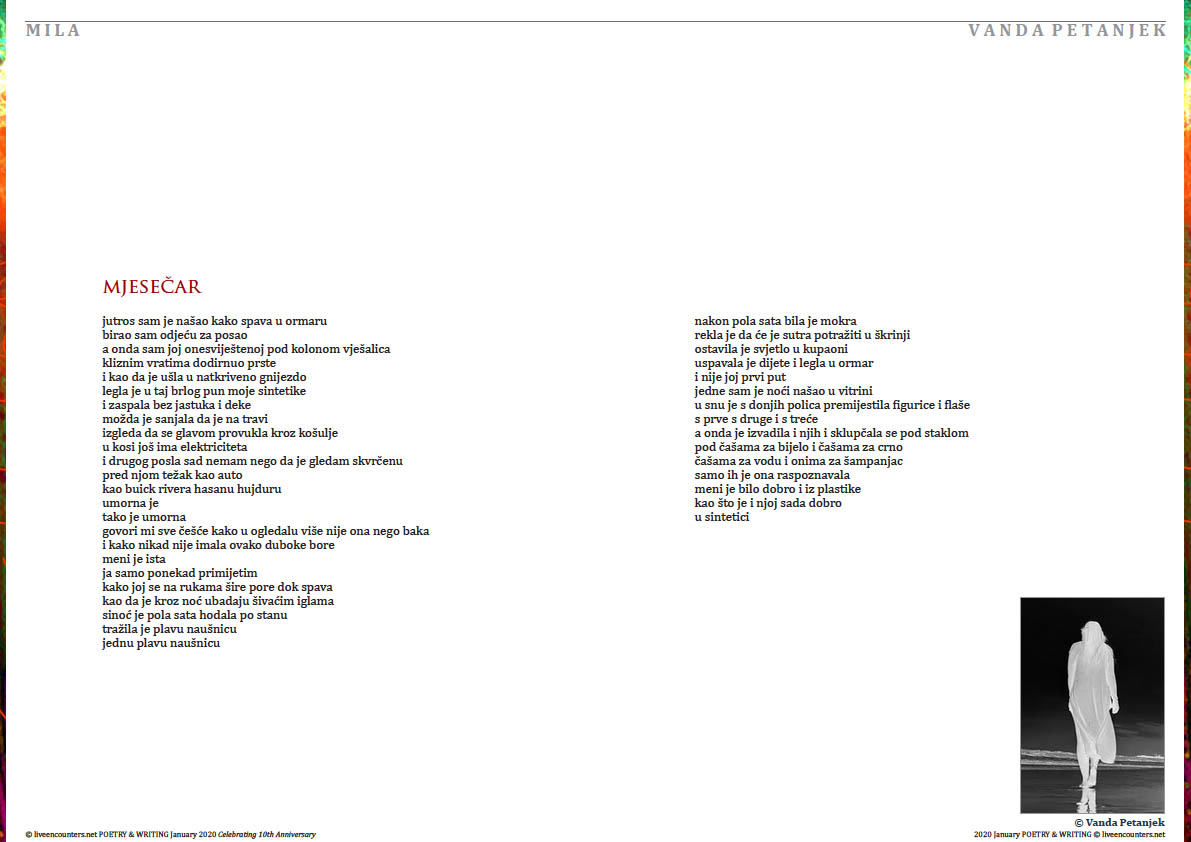 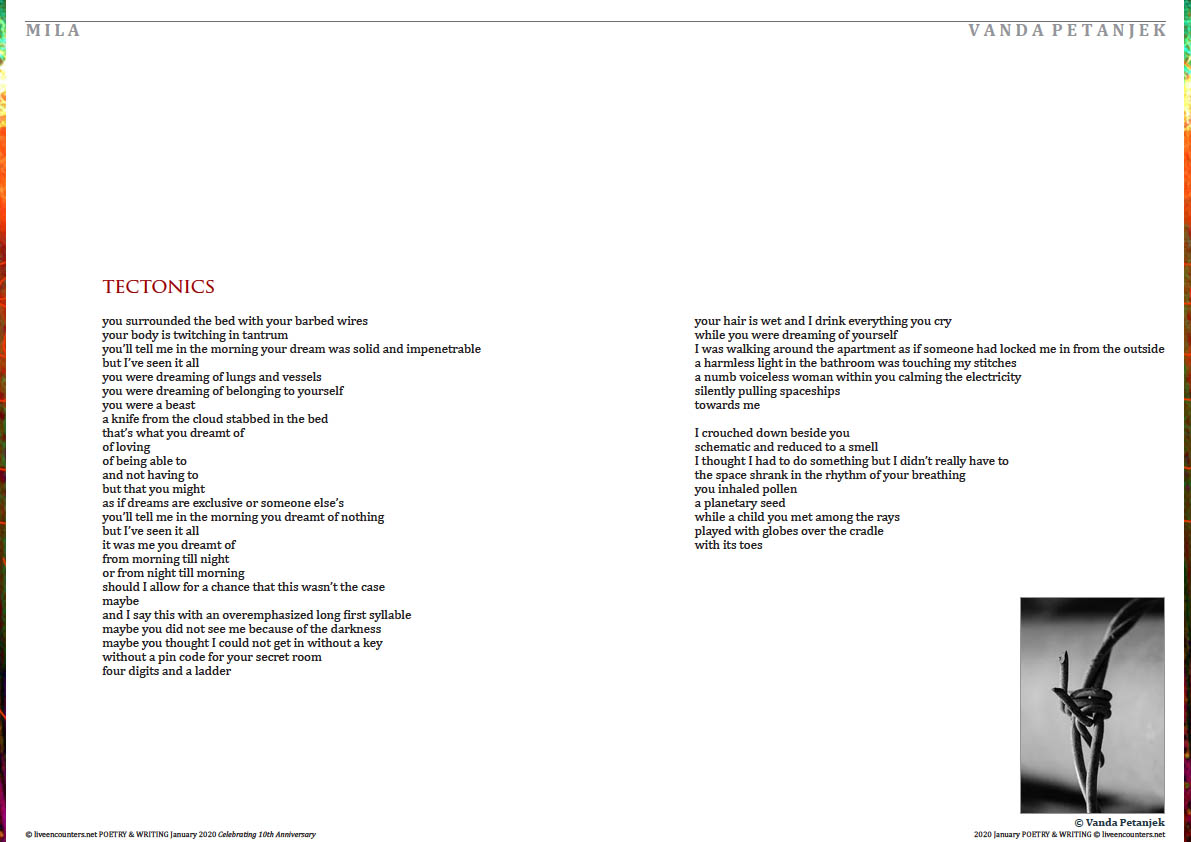 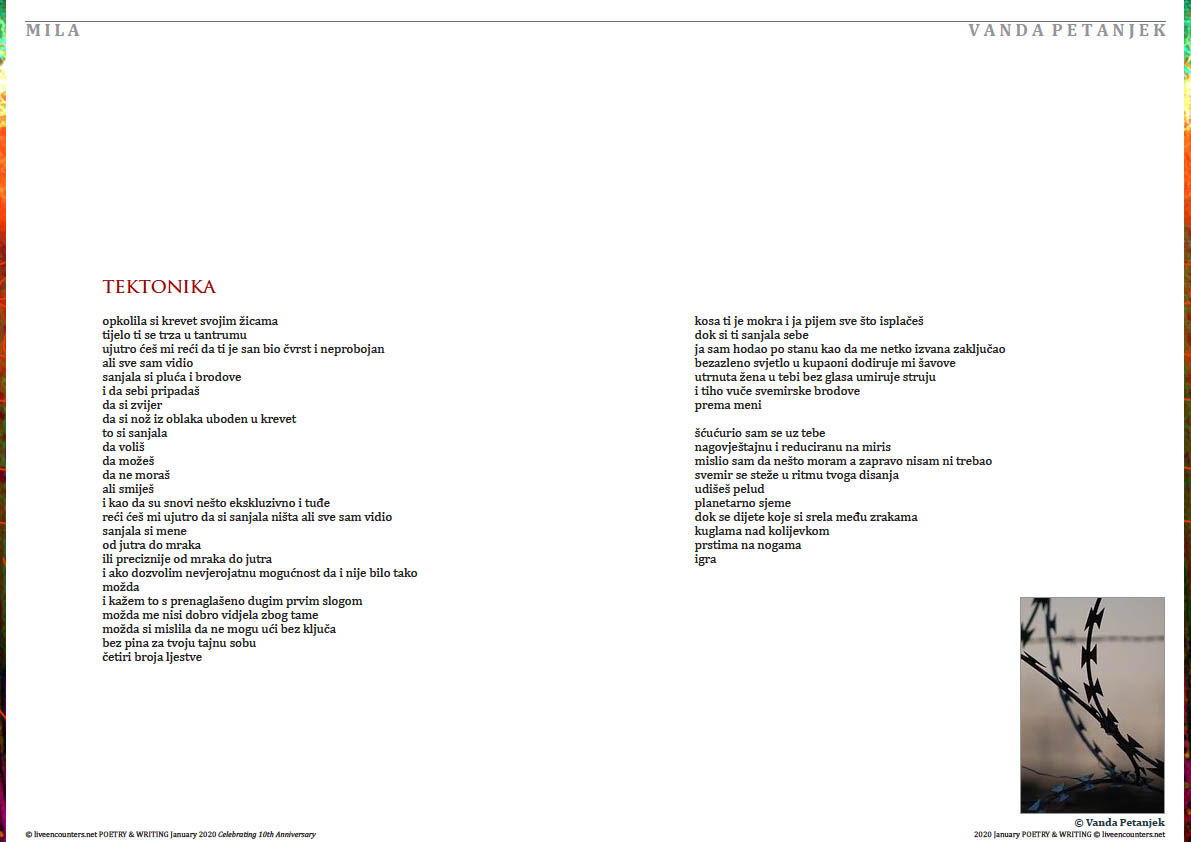