Jordan Smith is the author of seven full-length collections of poems, most recently Clare’s Empire (The Hydroelectric Press) and The Light in the Film and The Names of Things Are Leaving (both from the University of Tampa Press). For Appearances received the Tampa Review Poetry Prize, and a chapbook, Three Grange Halls, received the Swan Scythe Press Prize. His earlier books are An Apology for Loving the Old Hymns (Princeton University Press), Lucky Seven (Wesleyan University Press), and The Household of Continuance (Copper Beech Press). He has collaborated with composer, Hilary Tann, and painter, Walter Hatke. The recipient of grants from the Guggenheim and Ingram Merrill Foundations, he lives with his wife, Malie, in upstate New York, where he teaches at Union College. 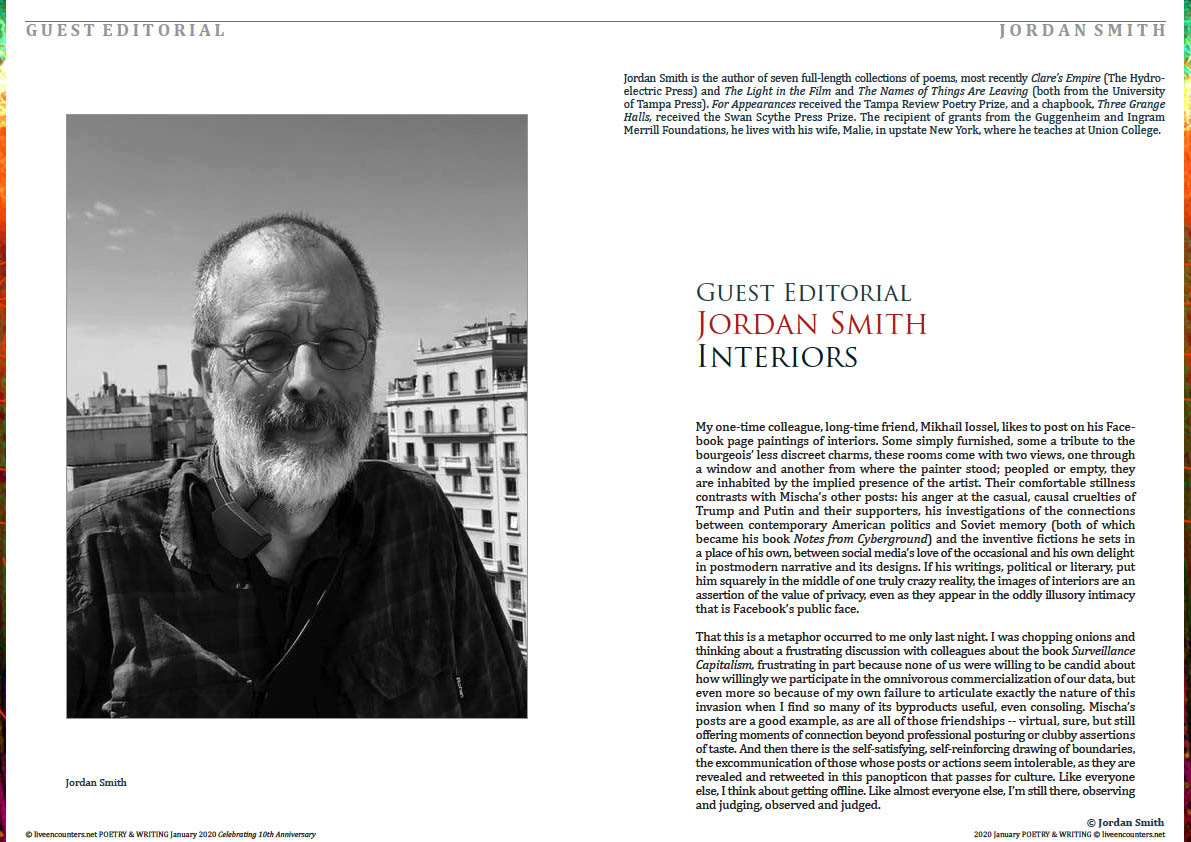 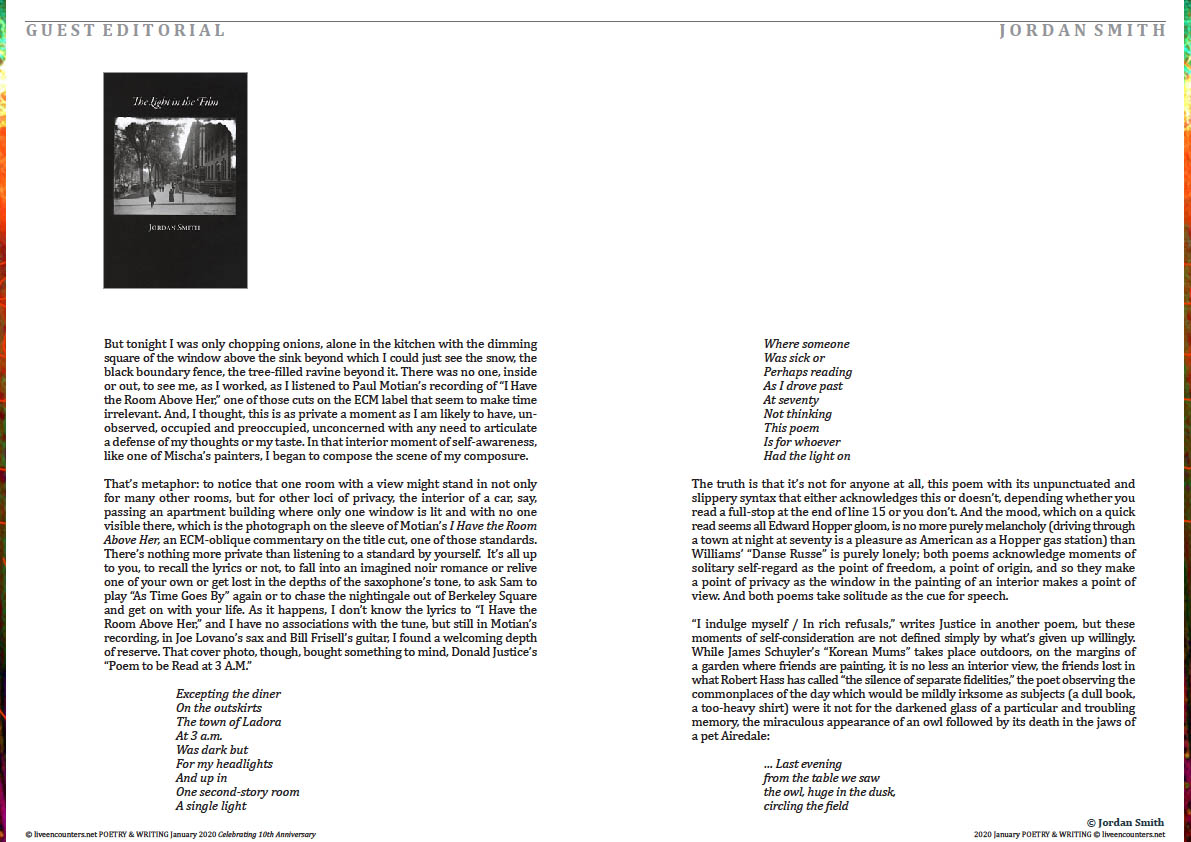 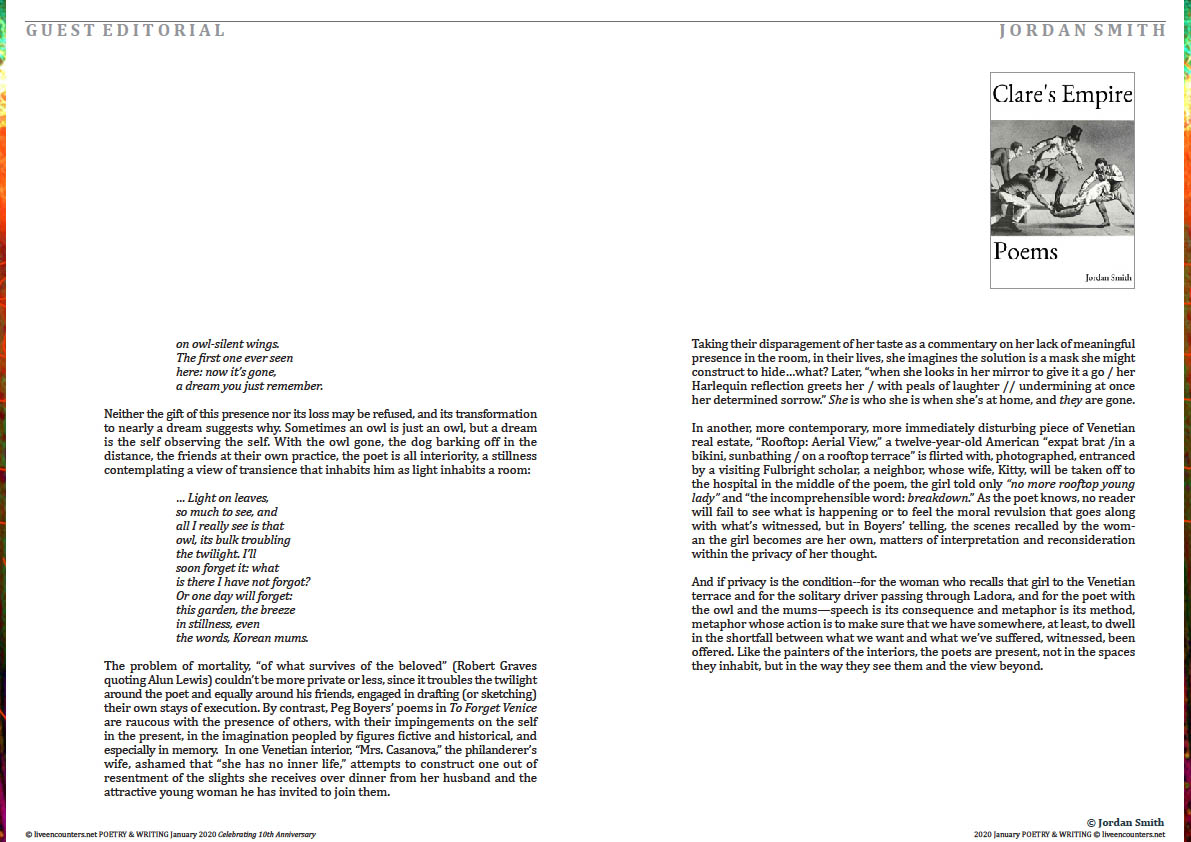 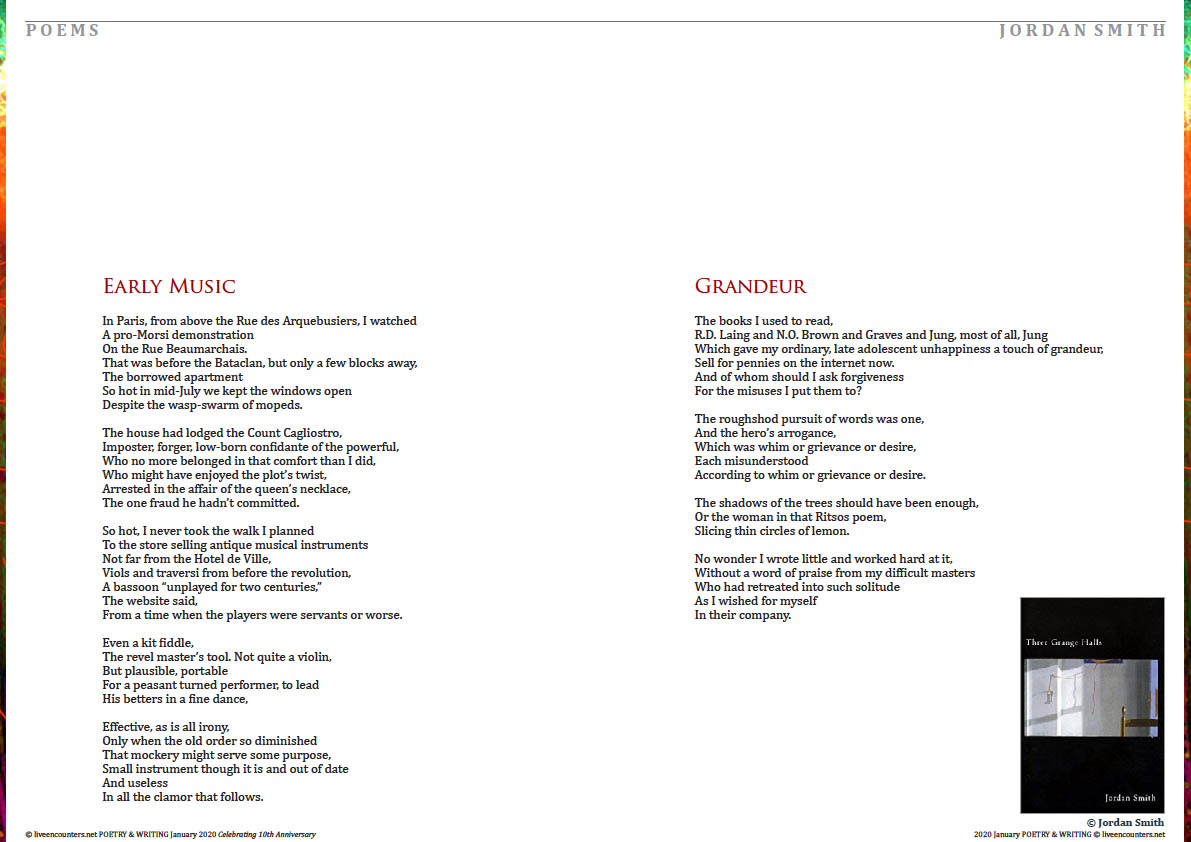 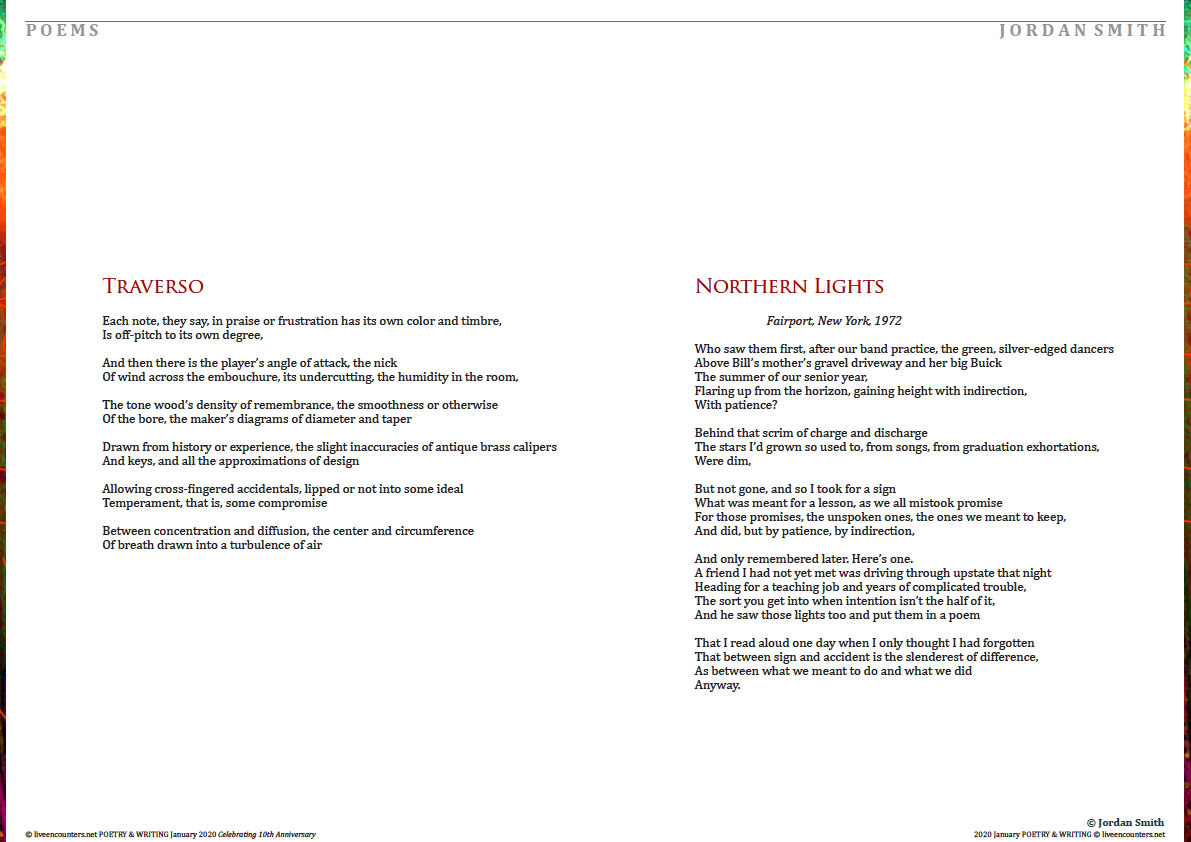 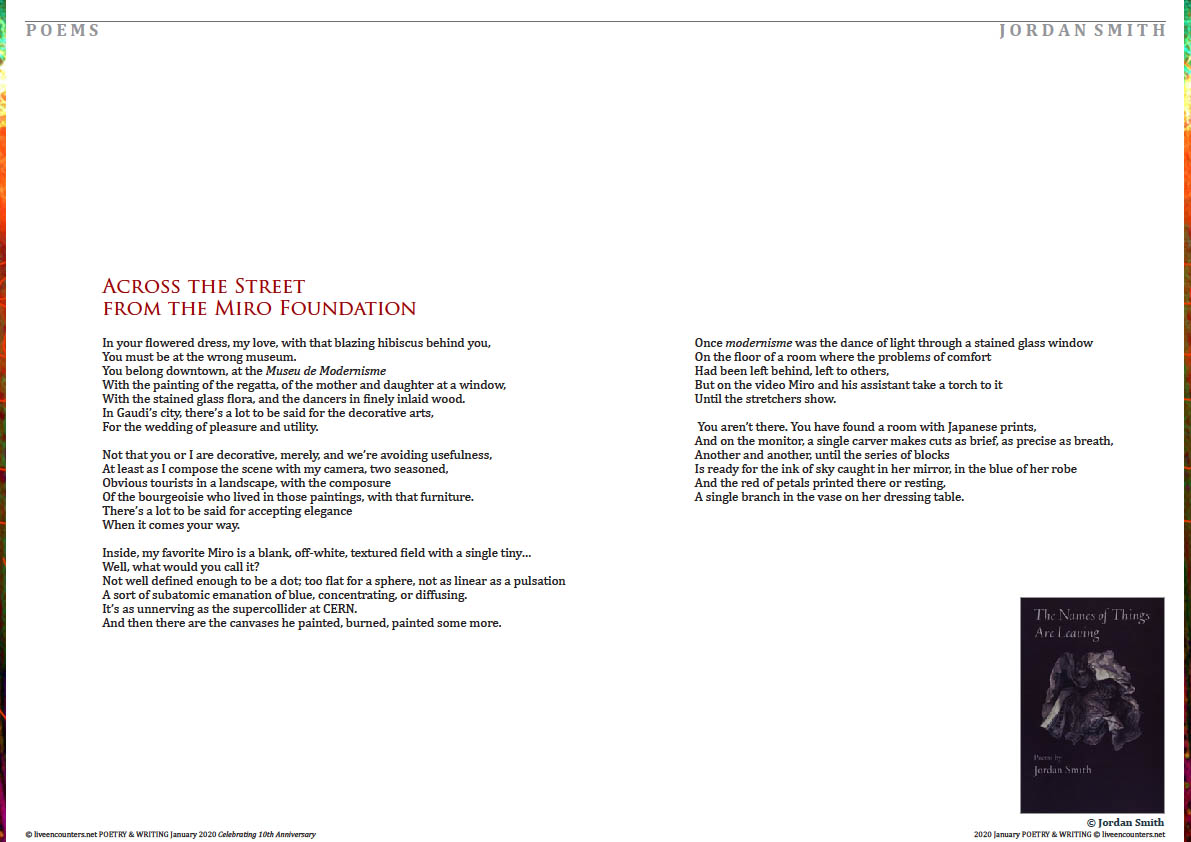