Alfred Corn is the author of eleven books of poems, the most recent titled Unions (2015) and two novels, the second titled Miranda’s Book, which also appeared in 2015. His two collections of essays are The Metamorphoses of Metaphor and Atlas: Selected Essays, 1989-2007.  He has received the Guggenheim, the NEA, an Award in Literature from the Academy of Arts and Letters, and one from the Academy of American Poets. A new collection of essays titled Arks & Covenants appeared in May of 2017. In October of 2016, Roads Taken, a celebration of the 40th anniversary of Alfred Corn’s first book All Roads at Once was held at Poets’ House in New York City, and in November 2017 he was inducted into the Georgia Writers’ Hall of Fame. 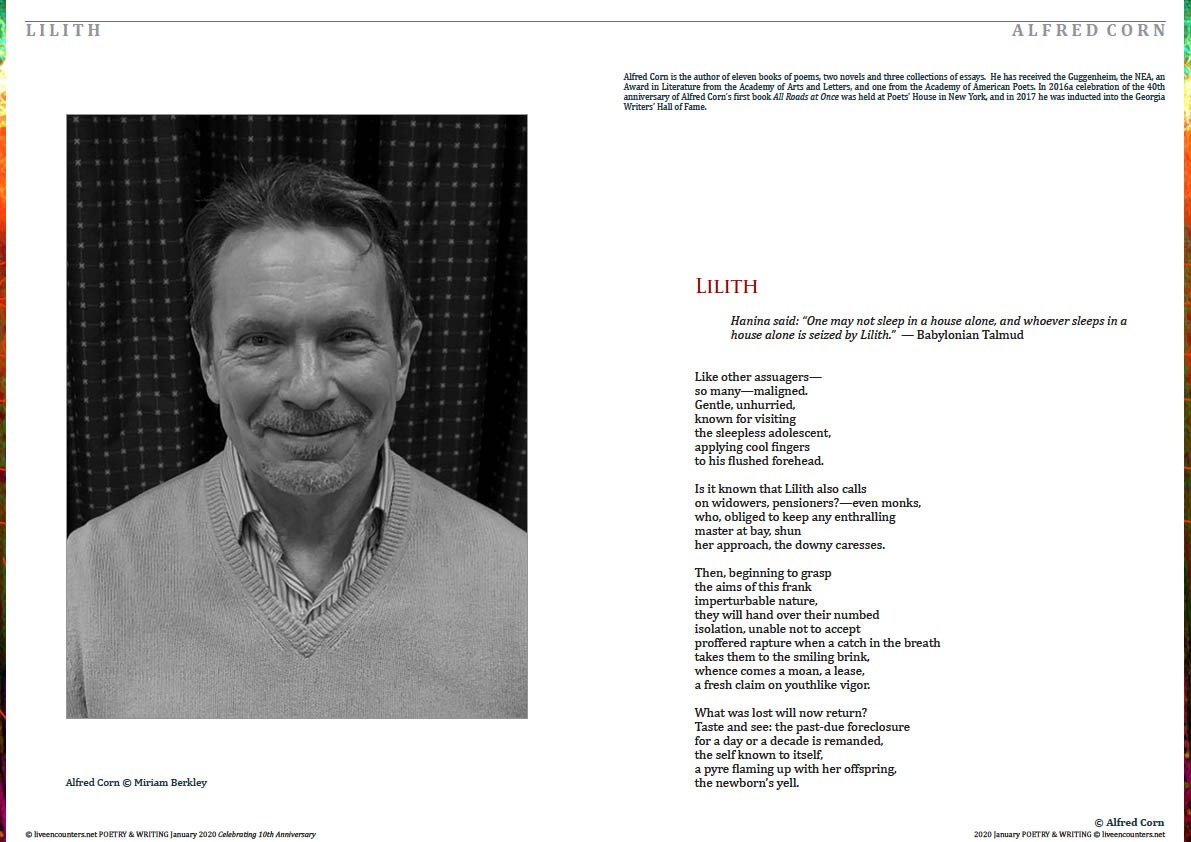