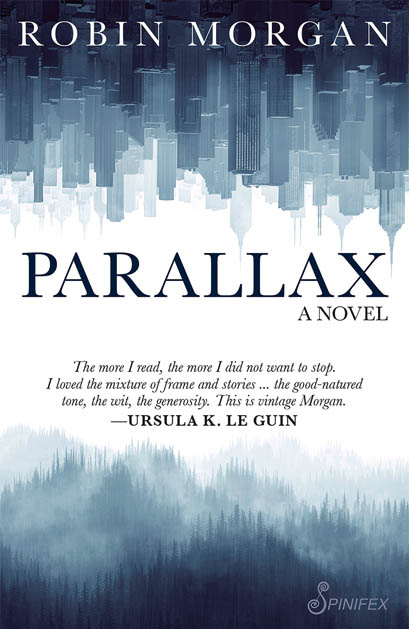 These two poems are from an in-progress collection, Dark Energy, by Robin Morgan.

Robin Morgan has published 22 books, including seven poetry collections. Her first, Monster (1970), caused an international furor; her New and Selected Poems, Upstairs in the Garden (1990), won awards; and the TED Talk reading of her Dark Matter (2018) poems has garnered over one million downloads. She is a recipient of the U.S. National Endowment for the Arts Prize in Poetry; her work has been translated into 13 languages. An activist in the global Women’s Movement for decades, a leading architect of U.S. feminism, and former Editor-in-Chief of MS. magazine, she co-founded The Sisterhood Is Global Institute with Simone de Beauvoir and The Women’s Media Center with Jane Fonda and Gloria Steinem. Her new novel, Parallax, was published in October 2019. She lives in New York City.


They twitch and tremor sometimes. Often
they cramp, drop teaspoons, fumble keys.
They’ve held a lot in their day—a newborn’s feather-
weight and protest signs and bales of hay; stirred
soup and rallies; played chess, tricks, fair, Bach,
and for keeps: they’ve applauded, beckoned,
shaken themselves as fists; they’ve clasped a thousand
other hands, made lists, caressed the flesh of lovers.


They never presumed fingerprints were an identity,
life-lines a fate, though they did long to hold
the whole world in themselves, like the woman sang.
Once graceful, these now gnarled hands knot
and knit not wools but stories–grim tales at times:
a witch’s hands. A child might fear such hands,
though they still twist in grief for other hands
that punch time-clocks, pray to the void for mercy,


pound gavels to silence screams, pull triggers.
I study how to teach these hands to let go,
let it all go, let go now. But they reach past me,
grabbing pen and pad to scribble a message–
words I will find all but illegible once
these white-knuckle hours unclench to loose
this past cold light’s gold dawn:

I must lie down where all the ladders start
in the foul rag and bone shop of the heart
–“The Circus Animals’ Desertion,” William Butler Yeats

My body gnarls around me now
as I excrete myself
calcifying into an exoskeleton,
womb, home, shell, trap, carapace,
sanctuary, chrysalis, coffin. Why
the drive, then, to send these messages?


Does the snail long to be seen for itself?
Does the crustacean scream
I am alive inside here?  A rag
is ripped from some larger cloth. A bone
is a fragment of scaffold. A heart is just a muscle.
My muscles have minds of their own


so I must hunch to gain perspective.
Only then, stooping high, dare I recognize
a creature arrayed in rag and bone
who scuttles across this intersection against
the light, laughing at pain while weaving
through the gridlocked traffic in my brain.