Allowing yourself to imagine, Guest Editorial by Nessa O’Mahony

Nessa O’Mahony was born in Dublin and lives there. She won the National Women’s Poetry Competition and was shortlisted for the Patrick Kavanagh Prize and Hennessy Literature Awards. She was awarded an Arts Council of Ireland literature bursary in 2004, 2011 and 2018. She has published five books of poetry – Bar Talk, (1999), Trapping a Ghost (2005), In Sight of Home (2009) and Her Father’s Daughter (2014). The Hollow Woman and the Island is published by Salmon Poetry in May 2019. A crime novel, The Branchman, was published by Arlen House in 2018. She is co-editor with Siobhan Campbell of Eavan Boland: Inside History (Arlen House 2016) and co-edited Metamorphic: 21st Century Poets Respond to Ovid (Recent Work Press 2017) with Paul Munden and a special Irish Issue of The North Magazine with Jane Clarke in 2018. 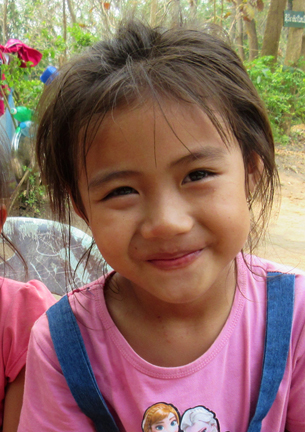 I had two encounters in class rooms recently that made me question how children are currently being encouraged to develop their imaginary worlds.

The first was in a small community school in west Dublin. The class was made up of students from all over the world; that area of Dublin is particularly culturally diverse, and new schools have been opening to offer an educational experience that goes beyond the traditional ethos of Catholic education in Ireland and that recognises multi-culturalism in all its forms. This was a group of lively 9 year-olds; they were already well practiced in writing poems, as their teacher regularly dipped into the online resources available for teaching poetry. Beautifully illustrated examples of sausage poems and acrostics graced the walls of the classroom, and the children proudly pointed out their own contributions.

Because I knew that English was not the first language of every child in that classroom, I’d come prepared with exercises on imagery and simple word games that might develop into rhyming stanzas. They proved very adept at following my lead and quickly out-ran my own suggestions with increasingly wild and wonderful suggestions of their own. One child was determined to get the word Bugati into everything he wrote; I knew that there was probably an in-joke at the back of it, because everyone else thought it completely natural that he’d want to reference a high-status car in his poems. I think it unlikely that he returned home each day after school to a gleaming red sports car in his driveway. The point was that he was entitled to imagine anything he wanted, no matter how removed from his own immediate experience. The role of the poet, I stressed, was to imagine the far off and distant and to make it your own; imagination could bring you as far as you wanted to go, and further.

The second classroom was in a private university in Dublin city centre, with students who were internationally diverse, but in their late teens and early twenties: very much the typical undergraduate mix. I’d been working with them on poetry for the past ten weeks and we’d covered a range of poetic techniques. This week we were discussing persona, and I’d brought in a few examples of poems where the poet had written in the voice of a created character, a persona. The first example, a poem from Anne Stevenson’s verse novel, Correspondences, didn’t attract too much controversy. I had couched it in a discussion of how the poet wanted to discuss issues of culture and formation but without the overtly confessional mode that many of her contemporaries, such as Lowell and Sexton, adopted. So she had invented a fictional family – the Chandlers – and had created a family tree, a biography spanning several generations and had introduced a cast of characters who allowed her to explore issues she had a personal interest in. The students agreed that this was a clever strategy, because it had given her creative distance to explore highly personal subject matter.

The next poem, ‘Selling Manhattan’ by Carol Anne Duffy, got a rougher ride. This poem retells the famous apocryphal account of how the island of Manhattan was originally sold by its Native American inhabitants to European settlers for the equivalent of beads, whiskey and trinkets. The poem opens with the voice of an imagined purchaser of the land, and is followed for the rest of the poem by a speaker who adopts the lyrical register of the Native American. It begins:

All yours, Injun, twenty-four bucks’ worth of glass beads,
gaudy cloth. I got myself a bargain. I brandish
fire-arms and fire-water. Praise the Lord.
Now get your red ass out of here.

I wonder if the ground has anything to say.
You have made me drunk, drowned out
the world’s slow truth with rapid lies.
But today I hear again and plainly see. Wherever
you have touched the earth, the earth is sore.

It’s possible that my students couldn’t get beyond the italicised text of the first stanza, because they were already bristling at the suggestion of racism and disrespect it suggested. The possible irony of those lines, that we weren’t expected to accept them uncritically, was not considered. But what angered them more was the appropriation of the voice in the second stanza; in their eyes, a Liverpool-Irish poet had no right to imagine herself into the identity of another culture. The only way this poem would have been acceptable to them was if it had been written by a Native American. They would not accept that a writer often finds themselves imagining lives that they could not have possibly lived and that it is an act of empathy that encourages them to make the attempt.

The next poem,  ‘Song of the African Boy’ by Leland Bardwell, went down even worse with the students. Bardwell, who lived in Sligo for much of her life, is imaging what life must have been like for a child of mixed racial descent, living at a time when people of colour were a rarity in that part of the west of Ireland. It begins:

Oh Sligo, my Africa,
I am black
and my mother
brings home the shopping
in two Quinnsworth bags.

Oh Sligo, my Africa,
I own a donkey
and a pair of runners,
did I tell you I was black
and my mother does the shopping?

Here too I couldn’t convince the students that the poem was an act of empathy, an attempt to get other readers to see the connections that join us rather than the differences that divide. They were firm, but unforgiving, these splendily sure of themselves young men and women.

So where did that leave them, I longed to ask them, and probably should, though I was too busy privilege-checking myself that I missed the opportunity. Will they only ever write about themselves, and their lives, and the communities that they feel part of? Will they never use writing as an opportunity to open out, to make connections with cultures and experiences that aren’t their own? Is reading the work of other cultures the only real answer here, the making sure that there is sufficient work available across the cultural spectrum to read and understand?

Perhaps I’m old-fashioned, and haven’t kept up with these carefully thought-policed times, but I can’t accept that the writer shouldn’t have the right to range wherever they will, into whichever mind, culture, attitude they want and need to. There’s always a purpose, after all. Leland Bardwell didn’t just gratuitously choose her subject matter; she observed the isolation of a minority and made the most generous gesture she could in the circumstances, which was to imagine a voice. And yes, you can certainly argue that she could also have done what she could to change the environment for people like her African boy, created educational opportunities, creative writing classes, given such a boy his own writing voice. And I’m pretty sure she did – she was a great educator and supporter of other writers and was embedded in the community when others were safe in their ivory towers and university departments. But she also recognised the gift she had with her own words, her own observational skills, and she used them where she felt she needed to.

Something has happened to bring about a shift from the innocent, unfettered imagination of those nine-year-olds in a West Dublin classroom to the careful, judicious imaginings of those undergraduates. I’m not sure I can fully answer what that is. One can blame the internet and social media for pretty much everything these days, and it does seem that as a society we are quick to blame and denounce anybody that steps out of the agreed line. Cultural heterodoxies solidify on platforms such as Twitter and Facebook, and God help the person who puts their head over the parapet in disagreement.

But shouldn’t the writer always be in disagreement with heterodoxy? Shouldn’t we be free to dream and imagine and invent voices and explore our stories through whichever prism we choose? Sometimes they are our own stories, sometimes they belong to other people, but we’ve chosen them because we resonate in some way. We’ve found an idea or message in another person’s existence that helps us make sense of the world in our own way. Sometimes we use our own voice, sometimes we need to don another mask and use another tone.

There’s a famous story that Patrick Brontë encouraged his four precocious children to tell their first stories whilst wearing masks; he believed that the mask took away their self-consciousness and freed up their wildest imaginings. Those wild imaginings produced  some of the finest novels of the 19th century. We cannot allow an environment that limits a writer’s imagination to what society, or social media, deems appropriate. I truly hope those 9-year-olds remain free to imagine whatever, or whoever, they will.