The Mouths of Babes, Guest Editorial by Eileen Casey

I live in South Dublin and I write poetry, prose and non-fiction. I’ve published collections of poetry and prose and I work as a creative writing facilitator. My small press, Fiery Arrow, publishes community type publications. In 2018, Fiery Arrow published ‘The Lea-Green Down’ a response anthology to the poetry of Patrick Kavanagh. I work with adults and children and am included on Poetry Ireland Writers in Schools Panel. I received Arts Council bursaries, South Dublin County Council and Offaly County Council Bursaries. A Hennessy Award Winner (Fiction), I was also awarded a Katherine and Patrick Kavanagh Fellowship.

“Out of the mouth of babes and sucklings hast thou ordained strength?” (From the King James Bible, Psalm 8:2).

I go to summer schools, writing workshops, readings, theatre performances, cinema, music recitals. Indeed, anywhere I can find creative sustenance. I never forget however, that the best source of creativity is my ‘inner child’. My age resemble the bark of a tree, all those rings for passing years, different shades bleeding each to each. Or a Babushka doll, the very smallest one, my core being, is my inner child. I think of her in a leafy glade, surrounded by sunlight, running water nearby, always ready to conjure from her imagination the most fantastical words and images.

I’m not alone in this way of thinking. I once heard poet Paul Muldoon being interviewed. The great man seemed relaxed, like a Sumo Warrior after battle – as anyone who has language on the ropes should be. His eyes were full of mischief too, this truant from Professorships or whatever it is a Pulitzer Prize winning poet does when not listening to Chuck Berry, Cole Porter or not writing poetry. Muldoon is always trying to find the child inside himself. Indeed, he often tells the story about a competition he judged (for adults and children) which was won by an eight year old boy. Muldoon said he chose that poem (about a turtle) because of the word ‘movay’, how the child described the movements of the turtle.  I’m sure there were a few adult sensibilities greatly wounded when the provenance of the winning poet was revealed but there it stands. A word that could only be written from the mind of a child had won the day.

Percy Bysshe Shelley regarded poets as “the best legislators in the world’. That so, then children are the wisest legislators, thus the saying “out of the mouths of babes.” Ask a child what something looks, tastes, sounds, smells, feels like and you’ll get a stunning reply. “My arm’s gone fizzy” (pins and needles), “you smell of swan” or “Nana, the sun has no shadow” (on a hot day). Metaphor and simile fall from them like a harvest of linguistic treasures. Skipping forward in time from Shelley, the great musician Yehudi Menuhin once made the point that when a child reaches the age of reason, a shadow seems to fall over creativity. He says that society forces the child to hide those wonderful and unique ways of describing the world for fear of seeming foolish. Peer pressure too can play a part. Wanting to appear tough and invincible often doesn’t sit with simply saying “I love to write poetry”. 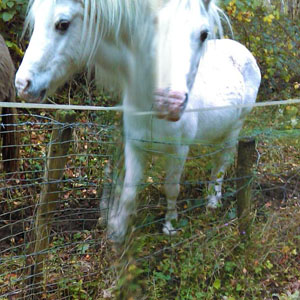 Fortunately, there is so much support for writing in Irish schools today. Organisations such as Poetry Ireland (Writers in Schools Panel, Trocaire Poetry Competition among others) together with a relatively new initiative; TAP (Teacher Artist Partnership). Luckily, I participated on a training course for TAP and then subsequently, went on to facilitate two groups of second class students in Castleknock Educate Together National School. Teachers there couldn’t be more helpful and I was delighted to see the amount of effort that goes into literacy and creativity. I also should have said in my opening that working with children and being around them in general is a sure fire way to awaken the inner child. For a number of weeks, we explored myths, legends and fairytales, narratives which allow for all sorts of transformations and spell-binding events. These narratives are a very good place to start when ‘creative warriors are weak’ or where children are a little wary of exposing their true colours. There’s nothing quite so liberating as being able to invent myth or fairytale. Those One day….or Once upon a time….openings are useful, familiar devices but once the poem or the story is completed, then that scaffolding can be taken away. There are some really useful books around also. Library shelves are full to the brim with wonders but just published is Mythical Irish Beasts, written and beautifully illustrated by Mark Joyce (Currach Books). These stories have an Irish flavour but echoes are found in global stories. The swan appears frequently in narratives from around the world, never more poignantly as in The Children of Lir. The long collaborative poem resulting from this myth appeared in a recent Live Encounters edition. Joyce’s book contains stories which are short and lyrical, perfect for reading out in class rooms where holding the attention is premium. We worked on a series of ‘How to be’ poems also, a doorway to dreaming but in a practical, ‘do-able’ way.

Over the weeks, I tried to bring in an ‘ordinary magic’ section showing the children that startling things can happen, often in the least expected places. I stressed the importance of paying attention, making those connections when everything falls into place and presto! A new way of self-expression is born. The children already knew about ‘listening ears’ (a phrase used by Pat, one of the children’s teachers) but we also need our ‘magnifying eyes’ ready to perceive objects and settings in new ways.  I showed the children three photographs taken over the last few months (my camera is a notebook just as powerful as a journal).  One of the photographs is of a horse with two heads (polycephaly is the correct term), a beautiful white horse I encountered while staying at The Writer’s Cabin in Westport. Mílis is her name (the Irish word for sugar). A friendly beast, I gave her an apple each morning which she cleanly chopped in two neat halves, crunching one and keeping the other for ‘later’. I took a photograph of Mílis before I left and, as luck would have it, she swayed ever so slightly just as the shutter clicked. The resulting image gifted me a mythological animal, my beautiful two-headed white horse, luminous as the steads that carried Oisín to Tir na Nóg. Two-headed animals are common in mythology as indeed, three headed and multi-headed ones are also. Cerebus, the dog guarding Hades for example, or in the story of Hydra from Greek myth.

The second photograph is of a tree trunk with an indent like an eye. The tree, close up, looks exactly like a crocodile. Roughly textured ‘skin’ is conveyed in layers of scaly bark but it’s the ‘eye’ that clinches it. Showing children one thing and transforming it to something else is a wonderful way of introducing metaphor and simile. Children have no fear when it comes to making extraordinary comparisons and when it’s happening in a group environment, imaginations are fierce and words become like acrobats, one tumbling over the other, standing on each other’s’ shoulders until the most splendid imagery begins to emerge.  Once children have tangible evidence before them (they can indeed be like Doubting Thomas), the sky’s the limit. Children are fierce interrogators. They’ll explore all the evidence, tear it down and build it up again. But that’s what makes children great with concepts. 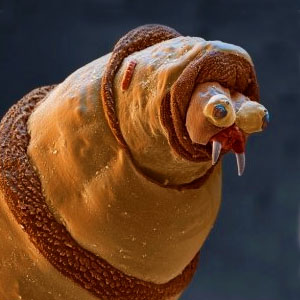 The third photograph is my own personal favourite. The children named my ‘character’ Mac the Maggot…a close up (magnified quite significantly) of a maggot, a glorious image of such ‘horrific grandeur’. This little ‘Mac’ even has horns and is quite simply the most fascinating creature I’ve ever seen. The world is a wondrous place and working with children opens a lot of windows onto this world.  While Mac the Maggot brought groans of disgust from the children, they too couldn’t help but be enthralled. Mac gave me the perfect opportunity to talk about ‘shrinking and enlarging’ common themes in books such as Lewis Carrol’s Alice in Wonderland and Jonathan Swift’s Gulliver’s Travels. And of course, no working with children would be complete without mentioning the family pet, in my case, my beautiful tabby cat ‘Carl’ (the name he came with from the DSPCA). Carl, a rescue cat has lived with us for over five years and whenever possible, he forms part of my storytelling encounters. Animals have a special place in mythology, legend and fairytale and they evoke happy childhood memories. The family pet is privy to many secrets, hidden desires and ambitions. One night I noticed that Carl’s tail had thickened like a brush and was standing straight up in the air. I soon learned the reason. Although now used to a life of luxury and comfort, Carl still had ‘warrior’ instincts and wasn’t averse to a neighbourhood brawl or two with the local champions. Thus, the thickening of his tail to make himself look bigger and more fierce. The perfect way to describe Cuchulainn’s pre- battle frenzy or indeed, The Incredible Hulk when transforming.  There, I bet you’ve smiled at this, your inner child coming out to play as your own creative sources are awakened.

I’d like to acknowledge CETNS, both the children and their teachers, Poetry Ireland and also, South Dublin County Council who supported my application to work with TAP. A huge thank you to Mark Ulyseas who continues to provide a platform for young writers, ensuring their work reaches a global readership.