The Trip Away, a short short story by Kenneth Nolan

Kenneth Nolan is a Writer from Blanchardstown in Dublin. He is the Founder/Director of ‘The Merg Sessions’, a popular poetry and prose showcase event. Kenneth’s poetry was recently shortlisted for the ‘Bailieborough Poetry Prize’; he has been shortlisted twice for the ‘Jonathan Swift Award’. In 2012 he won first prize for poetry in the ‘CDVEC Cultural Awards’. He is a regular contributor of prose to ‘Scum Gentry Alternative Arts Magazine’. His work has also featured in: Van Gogh’s Ear, Flare, Brilliant Flash Fiction, Headspace, A New Ulster and Creative Talents Unleashed. Currently Kenneth is enjoying the life of a mature student as an Undergraduate at Maynooth University. 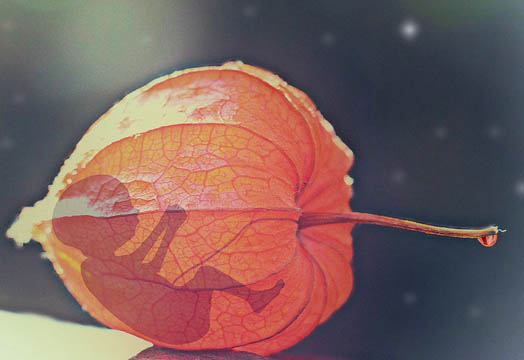 ‘How are you fixed for a drink Paul’, Stephen asked,

I was only there an hour and I’d had four already. I never expected so many people to show up to see me off. I was thinking I could just say my goodbyes and head home to bed, after all I had a 6am flight the following morning. Are they all here to wish me well, or have they come to make sure I am definitely leaving?

This was the nagging question at the back of my mind, due to a ridiculous paranoia of assuming that everybody on earth hated me. Sod it! I said to myself, I’ve never had so many people buying me drink. I’ll just go with the flow.  A year out, in Australia, I couldn’t wait to get going. I was determined to get out of this shit-hole, and away from all those miserable, depressing, hypocritical, freeloaders for a while.

Ah sure, why not take advantage. My mother was lapping up the attention. Her son, ‘The Fearless Traveller’, heading over there, the other side of the world, far away from his home, his family and his own kind, blady blady blah…. ‘Isn’t he so brave’

‘It’s only Sydney Ma, sure there’s more feckin Irish over there than there is here’.

I settled down into a content, peaceful vibe and began to feel the warm anaesthesia of resignation drip over me. Then I felt a presence behind me followed by a whisper in my ear.

Ma was giving her daggers immediately, ‘The Heartless Bitch’, who dumped her son for no reason whatsoever. Jesus, if she only knew the half of it. I was surprised, shocked even, that Elaine showed up. We hadn’t seen or spoken to each other since Liverpool, and I never wanted to think about that trip again.

The showdown scene in the clinic will always haunt me. That moment, when she declared with weepy, crackled voice;

‘Last chance Paul do you want to be a father or not’; before screaming at me to ‘fuck off and get out’, then falling into a helpless sob.

‘No’ I replied, adamantly. I stayed in the room.

I couldn’t believe she had turned on me and put me on the spot like that. We’d discussed it over and over, and had made the decision jointly. The pregnancy was a mysterious accident, we’d always been conscious of avoiding getting pregnant. We looked down upon friends of ours with babies. Those idiots! Their lives over before they had begun. They, who spend their days changing nappies and cleaning up all sorts of other shite. Dabbing sore knees, calming down tantrums, and droning on about how much sleep they didn’t get.

And slightly older couples, like Elaine’s sister Maeve and her boyfriend Conor, who after their second child was born, no longer referred to each other by their Christian or pet names. Now they just use simplified titles, ‘he was called he’ and ‘she was called she’, then when speaking directly to each other, it was ‘you’.

Elaine and I were far too clever for that type of nonsense, both of us 22 years of age, too young, too smart, too early. It was all too much.

On that day, in the BPAS clinic, at the moment of watching her being comforted by someone else, I hated her. I hated her so much that I vividly imagined putting my hands around her neck and squeezing tightly for all my worth, consequences be damned. It was such a sudden and frightening feeling, and a very strange emotion as this was a girl I had adored for a very long time. I stood still, afraid to move, with sparks of anger darting through me, whilst Elaine sat in a chair being held by the counsellor.

The counsellor’s name was Grace, which aptly fitted the air of superiority she portrayed. She spoke to both of us like we were idiots. Like we were less developed mentally than the doomed foetus in Elaine’s womb. I still get enraged when I recall her gazing at Elaine, and then at me, with two very contrasting expressions on her face. Elaine an innocent, injured fawn, and me, the incarnation of Satan himself.

I was relieved when it was all over. I did not want to be a father. However, I felt like a backseat passenger from the word go, never really having a choice in the matter until Elaine’s last minute meltdown. As I agreed with her original decision to have an abortion, my status of non-equality was irrelevant. Elaine informed me of the pregnancy as you would inform an unsuspecting relative of a death in the family, immediately re-enforcing her right to a career, and how she would be finishing college; – ‘no matter what’.

I was no better to be honest, my plans for a year in Australia were well advanced. I could muck about for a year, while she finished her degree and cure the envy I felt when seeing my friends swanning off around the world, living the single life, a life neither of us knew anything about. We were each other’s first, and in hindsight we were far too serious much too young.

We had the notion that ‘absence would make the heart grow fonder’, and a year apart could only be good for us both. We were in a permanent daze Elaine and I. We were both selfish and immature, stubborn as well, neither of us would admit to it at the time, although I’m sure she realised this deep down, just as much as I did.

We only really began to take in the enormity of it all on the day we arrived at the clinic in Liverpool. The conversations previously, were of an organizational nature, like finding the information regarding clinics, booking the travel, getting it over with as quickly as possible. And what seemed vital to her;

‘Don’t tell anybody Paul not a soul’.

I had never been so solidly sure of anything in my short life up to that point than I was about wanting that pregnancy terminated. Our youth and lack of experience were easy excuses, but deep down I realised that I didn’t want to be tied to Elaine for the rest of my life. I did not want her to be the mother of my child. I was struck by selfishness and self-preservation that was so constant, undiluted and all-consuming, it made the concept of another human life, or human lives, either born or unborn, completely alien to me.

We travelled home to Dublin the day after the procedure. ‘Liverpool John Lennon Airport’ became the official graveyard of the future, I had once thought Elaine and I were destined to have together. It was there that I realised that things could never be the same again.

Elaine was quite ill after the procedure. She was still being physically sick during the trip home. Running to the toilet regularly, nausea and sweats, she was very jittery, but it was her silence that was most telling. The dynamic, firebrand, ‘nothing’s going to get in my way’ Elaine was gone. Now there was a little girl who needed to be reassured and forgiven, exonerated even.

Ironically, I felt a little bit like a disappointed father, to a rebellious teenage girl. I tried to converse with her if only to break the eternal state of awkwardness that was that journey. Nothing heavy, just chit-chat or inconsequential questions, she liked to reply – ‘I don’t want to talk’.

I hadn’t sat with the moral aspect of what we had done, but I knew it would visit upon me later in life. There and then, I was couching myself with slogans like; ‘A life is not a life until it is actually born, therefore you cannot take a life unless it is alive’. I guess similar types of thoughts and emotions were occupying Elaine. However, I couldn’t bring myself to comfort her properly. My resentment still not abated at her cutting me adrift at the clinic.

Our embraces now, were like water to electricity. I wanted to mock her. Maybe say something like, ‘You’re not so full of yourself now are you’. At least then in my own childish mind, I would have justified my position as the – Big Bad Wolf.

That night in the pub at my ‘Going Away Party’, a month after Liverpool, is the last time I heard from Elaine. She said she’d only stay for one drink, and true to her word she left within an hour. I was thankful there wasn’t a scene or emotional outburst. Only a polite shared emptiness survived between us. We kissed and hugged as she departed, disappointing the reconciliation hopes of our mutual friends. ‘Elaine and Paul’, we were the inseparable ones, together since we were teenagers and destined to be together permanently. Now we were like mere acquaintances five years on from the first time we declared our love for each other as innocent soppy kids.

We could be found kissing and cuddling in the nearby snug just weeks before, now we were sinners, sharing this terrible secret. I only saw a reflection of shame when I looked in her eyes. I rejoined the party which had gathered pace. I felt like I was sharing a large prison cell with complete strangers, and all I had left was a reinforcement of that overwhelming urge to get away. I will never go back.