Plate and other poems by Pat Boran

Pat Boran was born in Portlaoise, Ireland in 1963 and has long since lived in Dublin where he works in publishing. He has published more than a dozen books of poetry and prose, most recently Waveforms: Bull Island Haiku (2016), including photographs by the author, and A Man Is Only As Good (2017), a pocket-sized selected poems. His poetry has been translated into Italian, Hungarian, Portuguese and Macedonian. Non-fiction includes the popular writers’ handbook The Portable Creative Writing Workshop (updated 2013) and the prose memoir The Invisible Prison: Scenes from an Irish Childhood (2009). A former editor of Poetry Ireland Review and presenter of programmes on poetry on Irish national radio, he has edited numerous anthologies. His awards include The Patrick Kavanagh Award in 1989 and the US-based Lawrence O’Shaughnessy Poetry Award in 2008. He is a member of Aosdána, the Irish affiliation of writers and artists. www.patboran.com

If you look closely, holding your breath,
you can almost see him step
from one green leaf to the next,
this bird on the Ottoman era plate
in the Leventis Museum, the gold
and blue of his plumage
echoed in the motion blur
that marks its outer ring,
as if, plucked out of time,
he is but a single still
from the short film of a life
before film exists. The plate
as globe and cosmic wheel. The plate
as article of faith. Please God,
we will eat today, the sun
will fall then rise, and, if we are blessed,
that bird we glimpsed just yesterday
will come again to sit
and sing in our tree, the world
turned upside-down in its ecstasy:
the blue of the sea in its feathers,
the tamed sun
perched on its dazzling breast. 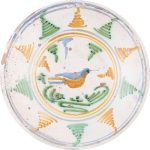 The dozen or so young kids
playing football in the gravel and dust
of the Arènes de Lùtece
frankly couldn’t care less
that gladiators once fought here,
were taken off, dragging their heels,
or propped themselves up on a sword
while the mangled corpses of foes
were fed to ravenous beasts.
History is a long time ago.
Now only the spectators are real;
with each shot at their schoolbag goals
watch all 15,000 souls
rise howling to their feet.

It was like the night the marquee tent,
in a gale that came in off the sea,
twisted so violently this way and that
that it crumpled back into itself with a wheeze

and ended up flat, flat as the shape
the TV detective traces with chalk
round the corpse, until wear and tear
wash it away. But if that’s what it was,

his ‘lung collapse’ – or whatever they said,
the older kids – I sat up all night
unable to sleep, in my mind’s eye
the elephants, clowns and acrobats

left there with nothing over their heads
but empty sky, endless dark,
and, in the back field, still chugging away,
the petrol generator of his heart.

The little shop was one of those
that sells new things made to look old:
mildewed mirrors flecked with dust,
metal picture-frames, whose rust

has carefully been faked with paint –
perhaps by children far away
in rooms where dust and rust and mould
are worth, it would appear, their weight in gold. 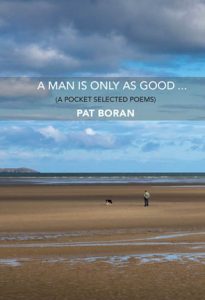 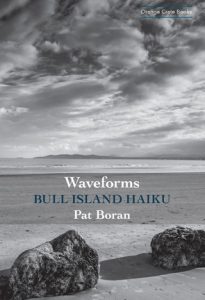