Susan Hawthorne is the author of two novels, a verse novel, six collections of poetry, two chapbooks and three non-fiction titles. Her poetry collection, Cow (2011) was shortlisted for the Kenneth Slessor Poetry Award in the 2012 New South Wales Premier’s Literary Awards as well as being a finalist in the 2012 Audre Lorde Lesbian Poetry Award (USA). Earth’s Breath was shortlisted for the 2010 Judith Wright Poetry Prize. She has been the recipient of two international residencies: in 2013 at the BR Whiting Library in Rome to write Lupa and Lamb; and in 2009 to Chennai, India to write Cow. Her fiction works include Dark Matters (2017), a verse novel, Limen (2013) and The Falling Woman (1992). Susan is the winner of the Penguin Random House Best Achievement in Writing, 2017 Inspire Award for her work as an outstanding lifetime contributor to increasing people’s awareness of disability. 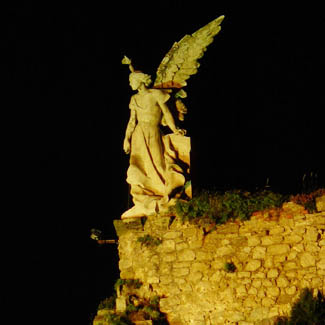 An issue of lesbian writing is what Mark Ulyseas suggested to me. I began to think about all the ways this might be done, knowing that there are so many lesbian writers in Australia and around the world whom I could include. I began making lists, but lists only get you so far because women have other deadlines and projects they can’t interrupt. My intention was to get a wide range of lesbian writers who would show some of the many ways that lesbians live in the world. Among the contributors are poets and novelists, fabulists and photographers. The contributors vary in age from 30-something to 90-something and come from many places and have lived under different political regimes. It includes Indigenous writers, writers with disabilities, writers who have migrated from one part of the world to another and who speak languages other than English, writers who have children and those who decided to remain child free.

In a year of endless debate over same-sex marriage, Australia, in 2017, has used the word lesbian more times than in previous years, although the tendency is for the L to be swallowed by the LGBTI acronym. Lesbians know the power of the word lesbian and we do not use it lightly. To bring together this group of fascinating writers has been such an enjoyable project.

My journey into poetry started at the same time as I a) became a feminist and b) launched into my lesbian life. One of the formative experiences at that time was stumbling across the locally produced pirate edition of Robin Morgan’s collection Monster with the following lines.

May we comprehend that we cannot be stopped.

May I learn how to survive until my part is finished
May I realize that I
am a
monster. I am

I am a monster.

And I am proud.

I still read the poems in Monster and am bowled over by Robin Morgan’s work and I wonder why this book is not on all school reading lists? The simple reason is that the author is a lesbian. Morgan is insightful and has a wicked sense of humour (in the best sense of the word wicked). So I am pleased to have Robin Morgan’s latest poems in this issue of Live Encounters.

Some lesbians become poets and some poets become lesbians. In the late 1970s, I came across Lee Cataldi – whose work opens this issue – with her book, Invitation to a Marxist Lesbian Party, a marvellous and irreverent collection. Many of the contributors in this volume have risked their reputations by being out as lesbians, writing and editing books such as Margaret Bradstock and Louise Wakeling’s Words from the Same Heart (1987). I too, have co-edited anthologies including The Exploding Frangipani (1990) with Cathie Dunsford and Car Maintenance Explosives and Love and Other Lesbian Writings (1997) with Cathie Dunsford and Susan Sayer. Finola Moorhead’s lesbian centric novel, Remember the Tarantella was published in 1987 and soon after came Kathleen Mary Fallon’s Working Hot (1989, published under a partial pseudonym in case of repercussions for her foster-son) which definitely stirred the pot. Writers such as Marion Campbell in her novel Not Being Miriam (1988) shows up the differential perception of intentional violence against women (barely punished) and accidental violence against men (punished with a jail sentence). Suniti Namjoshi brings a fabulous wit to her writing and her Feminist Fables (originally published in 1982) remains one of my favourite books. Fallon, Moorhead, Campbell and Namjoshi have all experimented with the form of the novel, crossing genres and writing with subversive wit. Similar experimentation with form can be found in recent work by Natasa Velikonja and Nina Dragičevič from Slovenia whose work shows the commonalities of lesbians whatever the political regimes are that we have grown up under: communist, capitalist, dictatorships of repression or consumerism.

Lesbians are frequently ahead of the cultural curve in writing about subjects with which the mainstream is not yet engaged. Sandy Jeffs’ writing about madness, Renate Klein’s work against medical and reproductive violence, Beatriz Copello’s writing on violence, Consuelo Rivera-Fuentes’ engagement with trauma, and Christine Stark’s critiquing pornography and prostitution: all show a kind of courage that is necessary for political and poetic activism.

The mistake that many non-lesbian outsiders make is the assumption that the only thing lesbians ever do is have sex, write about sex, talk endlessly about sex. Dani Tauni plays with the power of language especially around the apparently monstrous word cunt, but also simple words such as lesbian and woman.  Like nearly all humans, lesbians engage in sexual intimacy (in this issue see: Velikonja, Copello, Fallon, Campbell, Dragičevič, Namjoshi, Hawthorne), but this collection of writings also shows that lesbians are involved in struggles around Indigenous recognition and rights (Tauni, Rika-Heke, Stark, Cataldi, Chinna, Bradstock, Rivera-Fuentes, Lenore), a host of environmental concerns (Lenore, Wakeling, Chinna), illness and disability (Dragičevič, Jeffs, Klein), and the importance of history (Varga, Bradstock, Morgan, McCollum, Hawthorne). Imaginative responses are also central as lesbians so often see the world slant (as Emily Dickinson said so many years ago). Here we have the photo poems of Judy Horacek, the fables of Suniti Namjoshi and my own mythic retellings. These are works that make us gasp, smile or even laugh out loud. Who says lesbians have no sense of humour?

One of the joys of travel is meeting lesbians from different countries, languages and heritages. And if travel isn’t possible then meeting with minds through reading. I met the vast majority of the writers in this issue through their writing, long before I met some in person. And this collection of writers includes old friends, new friends, never met and newly met.

In an essay entitled, ‘It is the lesbian in us’ in Sinister Wisdom (1977), Adrienne Rich wrote:

Whatever is unnamed, undepicted in images, whatever is omitted from biography, censored in collections of letters, whatever is misnamed as something else, made difficult-to-come-by, whatever is buried in the memory by the collapse of meaning under an inadequate or lying language – this will become, not merely unspoken, but unspeakable.

The lesbian often remains unspeakable and undepicted in history. When other dimensions such as belonging to the colonised or outcast groups, speaking a different language, having a disability are at play, then the erasure is even more profound. If the lesbian is remembered, it is because she did something outrageous or wild. When a lesbian achieves something the society approves of, her sexuality will be ignored or hidden. In this issue of Live Encounters I want to say that lesbians are entire human beings with loves and losses, achievements and failures. Most of all, lesbians are worth reading and listening to because you never know when history might catch up with you or someone you know.

I would like to end by thanking everyone involved in this project, especially the contributors who responded so quickly and generously with often startling work. To Mark Ulyseas for asking me if I’d be interested. I said yes and am so glad I did. And to my partner, Renate Klein for the support she has given to me and other writers over so many years.

indecipherable script–
pages of it
the only readable word
bittersweet–

how many would vote to end the killings
lesbians pushed off buildings
lesbians raped
lesbians locked in solitary
would you vote if there wasn’t a party?