Michael J. Whelan is from South Dublin and is a member Irish Defence Forces in 1990, serving on tours of duty as a Peacekeeper in South Lebanon and Kosovo. He is a published historian and keeper/curator of the Irish Air Corps Military Museum Aviation Collection and holds an MA in Modern History from NUI Maynooth. He has lived in Tallaght with his family for more than thirty years. His poems have been published in France, Australia, Mexico, and the UK. Prizes for his writing include 2nd Place and two commendations in the Patrick Kavanagh Poetry Awards, 3rd Place in the Jonathan Swift Creative Writing Awards. He was selected to read at the Poetry Ireland Introductions series and his debut collection PEACEKEEPER was published by Doire Press in 2016. https://michaeljwhelan.wordpress.com/ 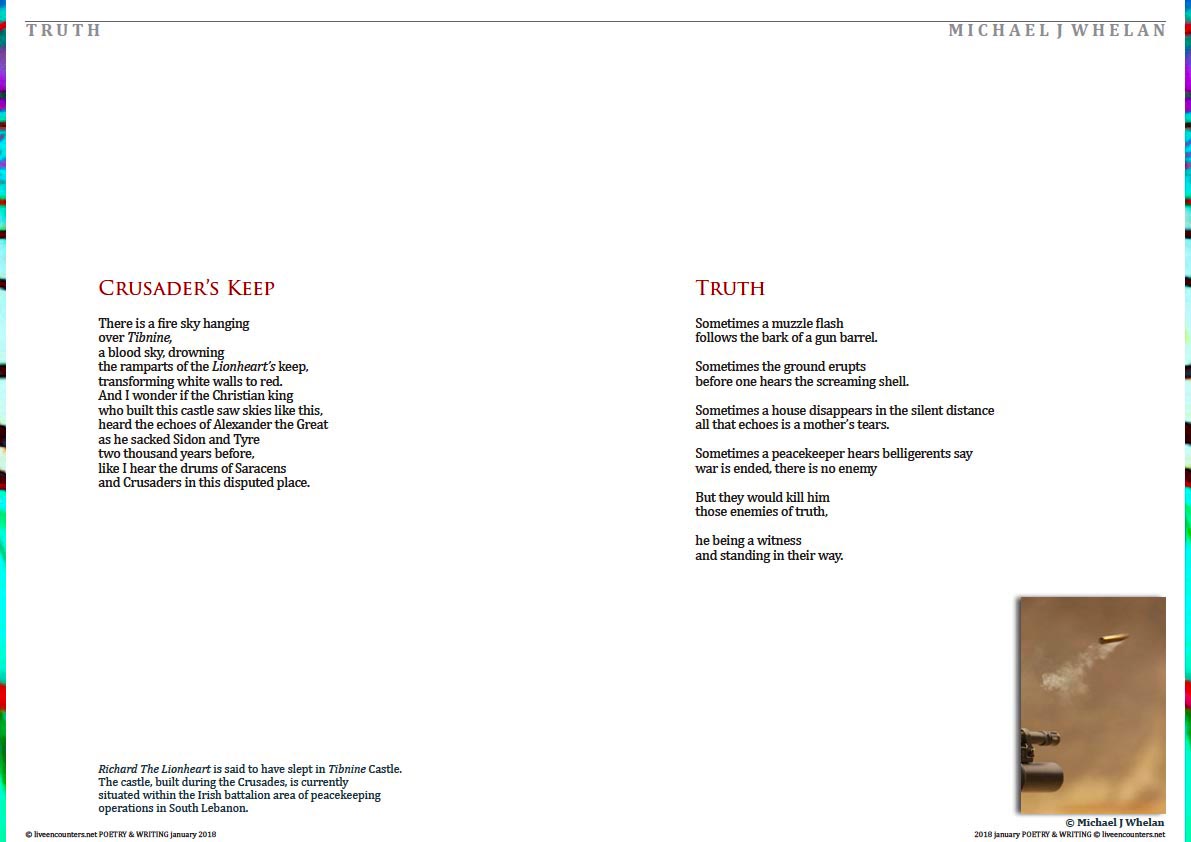 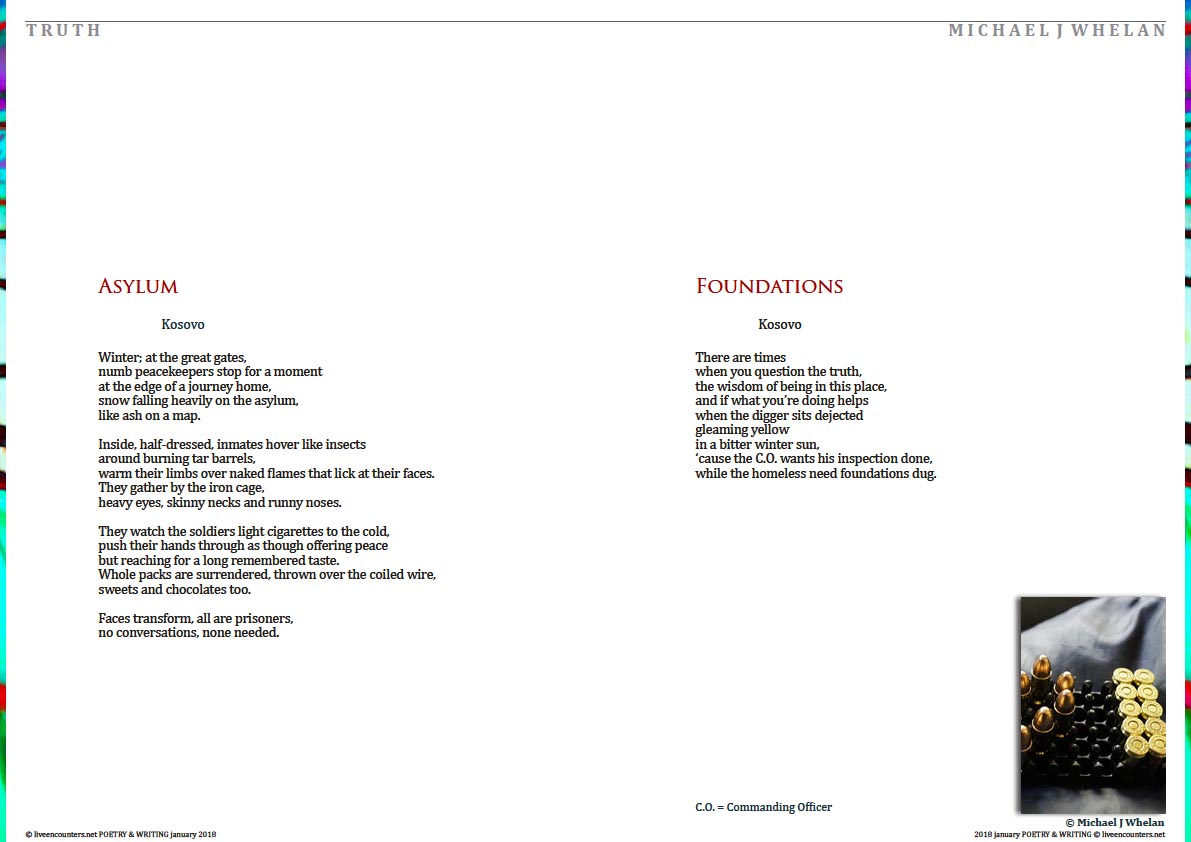 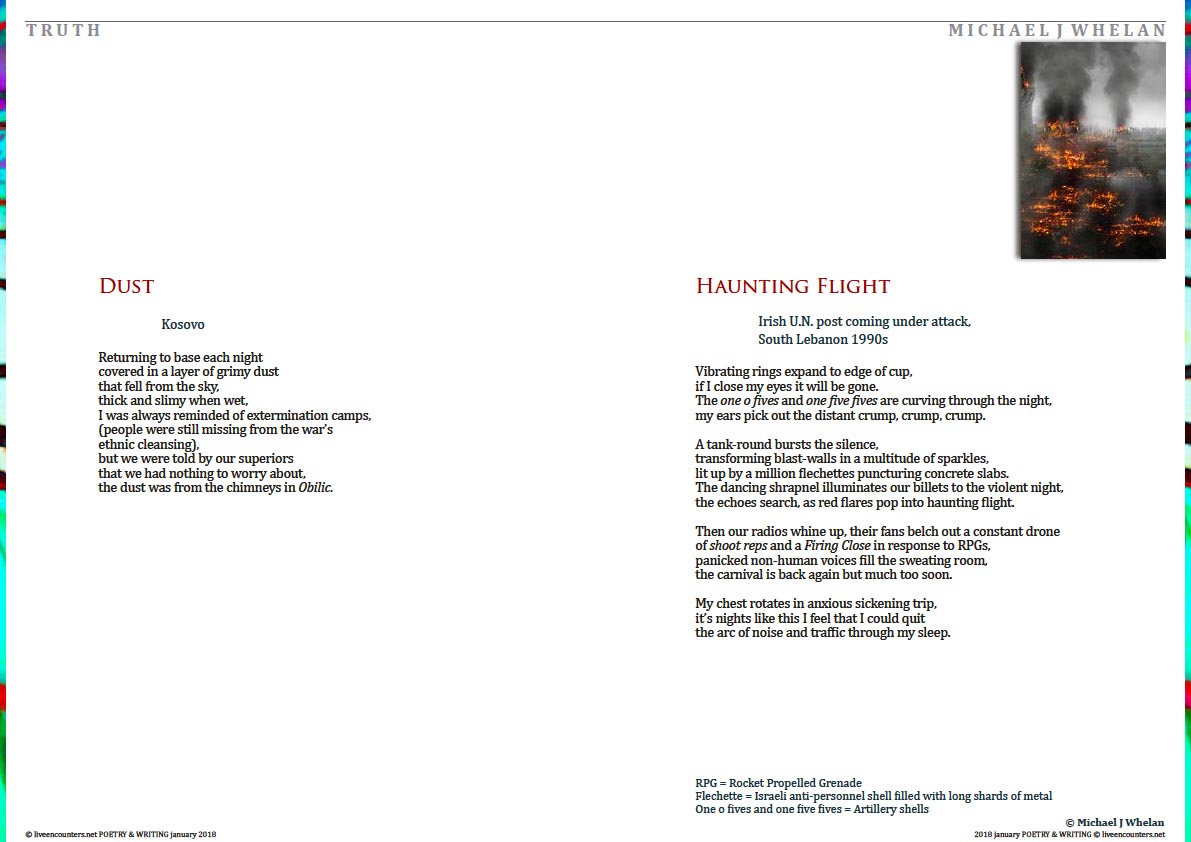