Colette is an award winning poet who resides in Galway in the West of Ireland. She writes in both Irish and English. She has fourteen publications which include a volume of short stories, Ádh Mór, as well as an academic study of the blind poet Anthony Raftery, an 18th century bard whose songs and poems are still recited and sung today. She has one volume of English poetry, Sundial, which was published by Arlen House Press, She also has two dual language collections of poetry by the same publisher; Between Curses: Bainne Géar , and In Castlewood: An Ghaoth Aduaidh. Her work is on the syllabus in Primary, Secondary and Third Level colleges. Colette’s latest collection (bilingual) is titled Bainne Géár: Sour Milk,which is available in hardback and softback, published by Arlen House, 2016. : Colette is pursuing postgraduate studies in the English department of NUI Galway; she also has a master’s degree in modern Irish.  ‘Magyar Dancer’ is her forthcoming collection of English poetry. 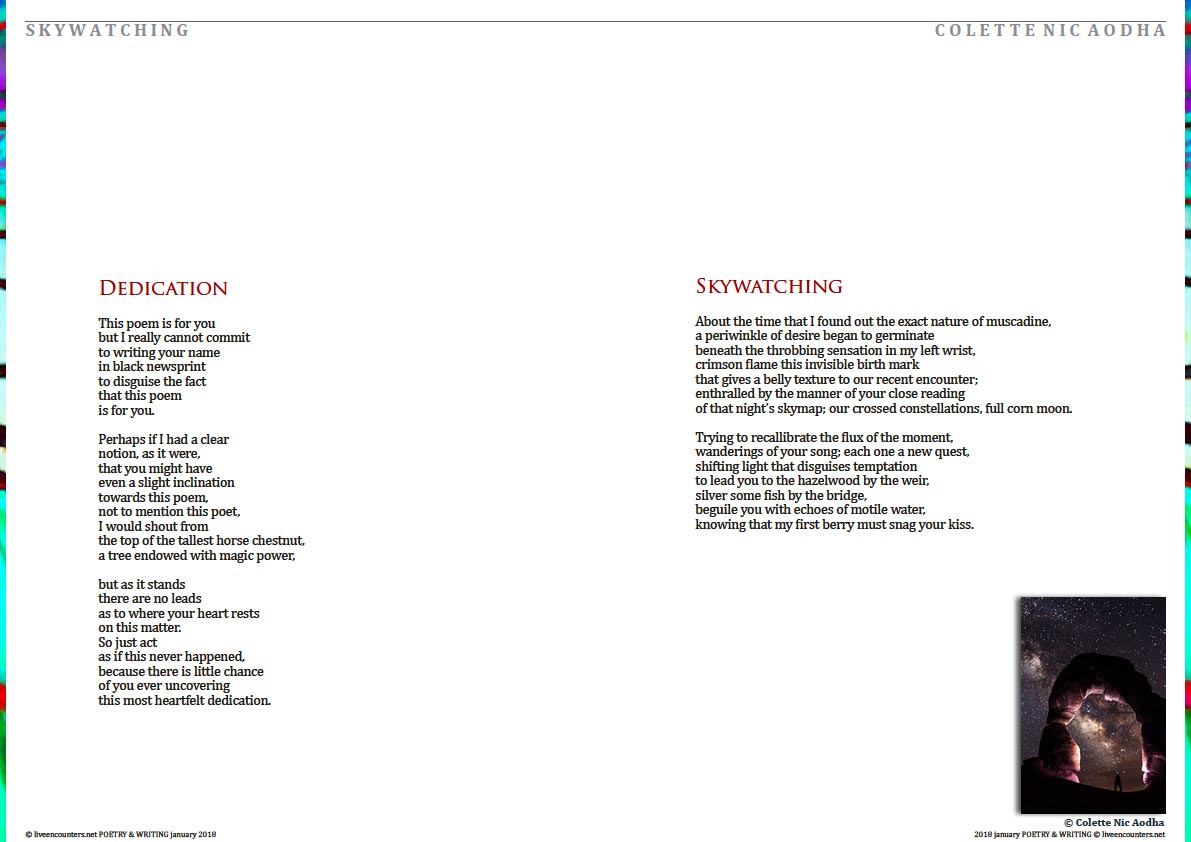