All Day, poems by Caley O’Dwyer

Caley O’Dwyer is a poet, visual artist, and teacher living in Los Angeles. He teaches creative writing and psychology at Antioch University and was previously an Associate Professor in University of Southern California’s Writing Program. His poems have appeared in Alaska Quarterly Review, Prairie Schooner, Cream City Review, Hayden’s Ferry Review, Warwick Review, Curator Magazine, Ekphrasis, Washington Square, and other venues, including the Tate Modern Museum in London. He is a winner of an Academy of American Poets Prize, a three-time nominee for the Pushcart Prize, and a recipient of a Helene Wurlitzer grant for poetry. His first book, Full Nova, was published by Orchises Press, and his in progress collections, Light, Earth and Blue and American Proverb feature, respectively, poems written in response to the abstract expressionist paintings of Mark Rothko and poems that find in contemporary American culture cause for wonder, terror and humor. Alongside his teaching and writing, Caley is a visual artist at the Brewery Arts Complex in downtown Los Angeles. 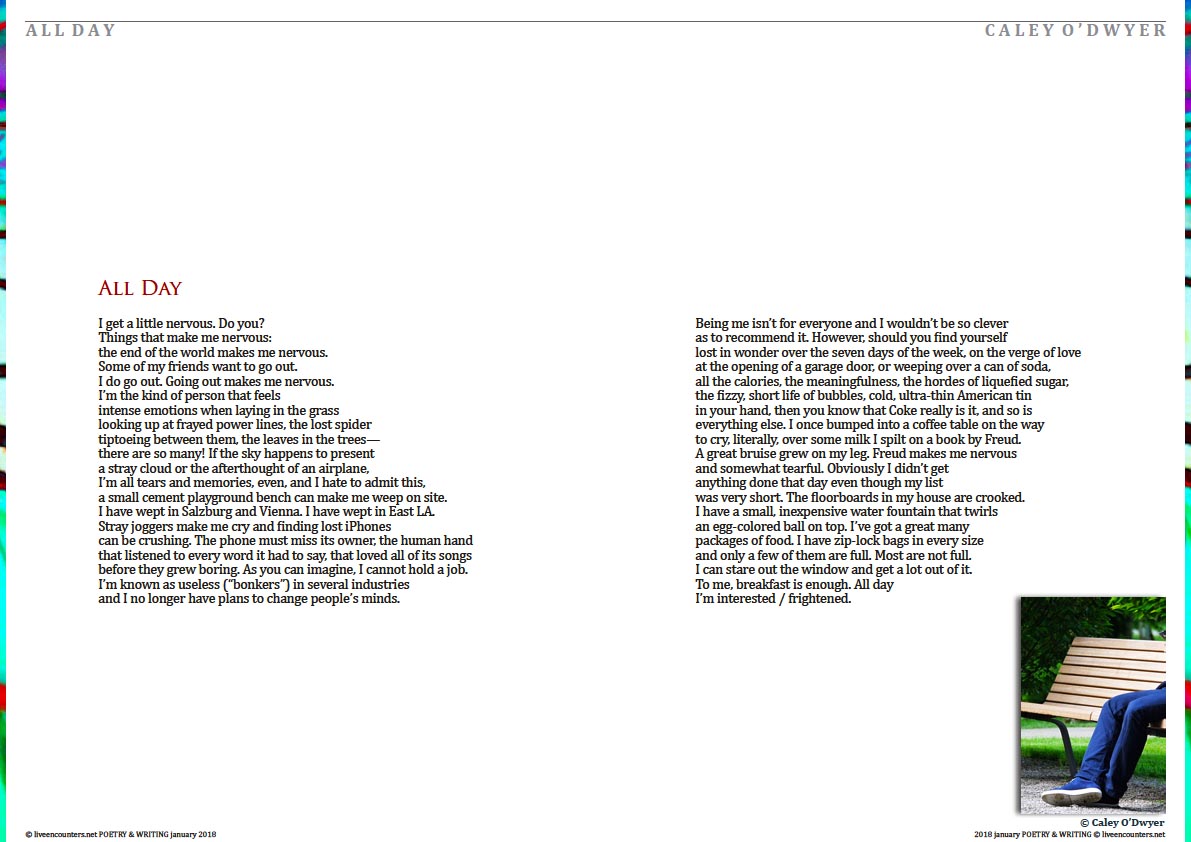 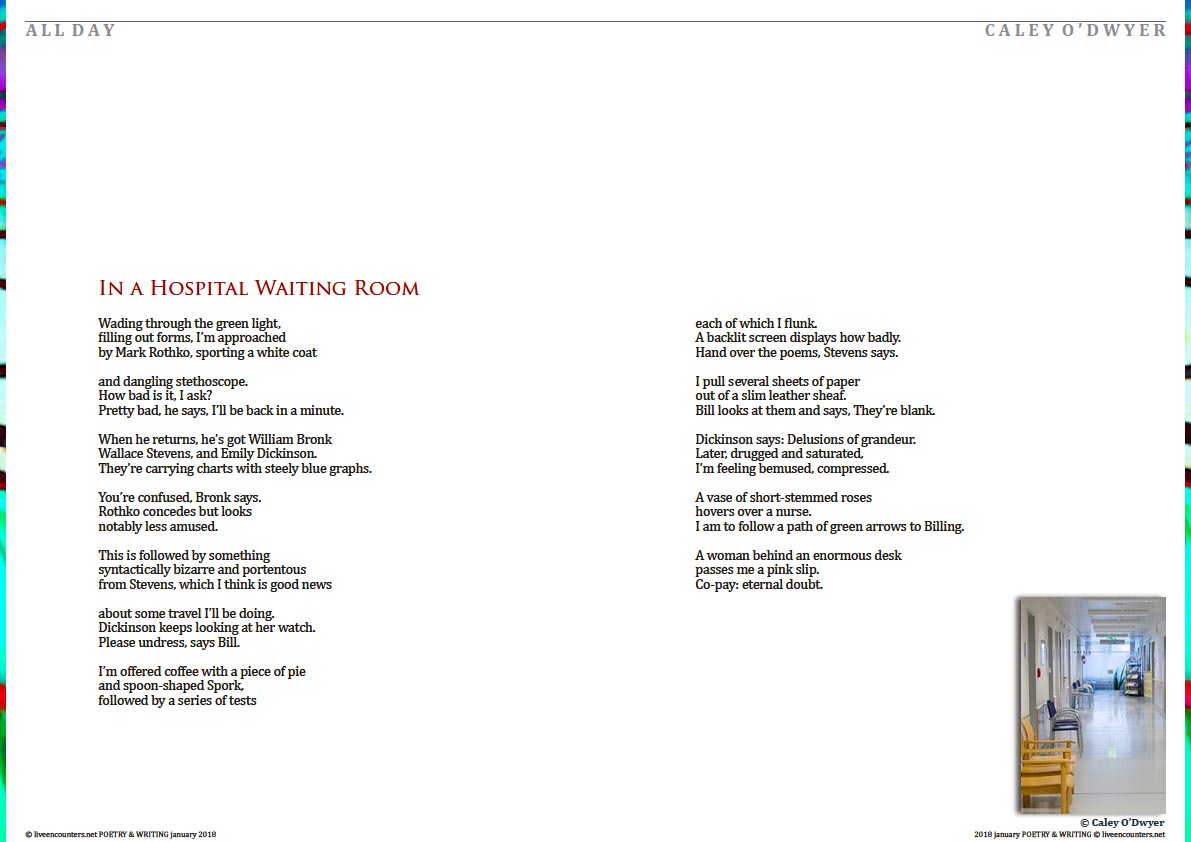