Trish began writing in 2007 when she joined a creative writing group with Valerie Sirr. Since then she has won several prizes for her poetry and short stories. She has been published in ‘The Echo’ ‘Irelands Own’ ‘In Tallaght Magazine’  ‘The 22  magazine’ and ‘Live Encounters’. Trish has also been published in two anthologies ‘Circle and Square’ and ‘Selfies and Portraits’ both were shortlisted for The Cap Awards 2017. ‘Circle and Square’ written by Platform One writing group of which she is a member, went on to win first prize in the anthology section. In 2006 she joined ‘Scene Stealers’ drama group and performed on stage at Rua Red in Tallaght. Since Trish began writing, she has co-written the annual show with other members. Trish has two blogs; Trishnugentwriter.wordpress.com and Dublinhousewife.com. Trish is writing her first novel ‘Diary of a Dublin Housewife’ as well as ‘Scene Stealers 2018’ 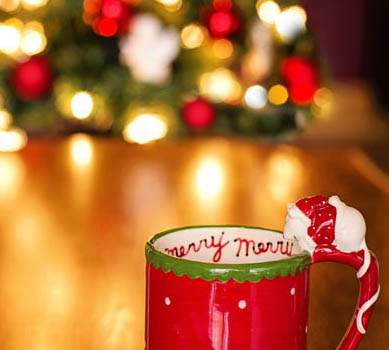 That Christmas, my sister and I each asked Santa for a dolly. When we ran downstairs on Christmas morning we squealed with excitement to see two dolls in boxes with our names on them under the tree. They had lovely shiny brown hair and wore pretty red and white checked dresses.

‘Mine is better looking than yours’ I said to Barbara, as I pulled my dolly from its box.

‘No it’s not, mine is better looking’ she said.

‘No, mine is nicer’ I insisted, hugging my dolly tightly to my chest.

‘How about having a modelling competition when everyone is home and we’ll see who wins?’ Barbara said. ‘They can all be the judges.’

I agreed straight away ‘My doll will win of course’ I replied confidently.

‘Go and get dressed now for mass or you’ll be dead late’ said mam, ‘put down your dolls until you get back’.

‘Can I bring my dolly to mass with me mammy?’ I asked her.

‘No you cannot. You’ll only be distracted from saying your prayers. You have all day to play with her when you come home. Hurry up now, your da is waiting for you.’

My sisters weren’t even that interested when I jumped on their beds to show them my new dolly before I got dressed. Lily just grunted and said ‘lovely’ then turned over and went back asleep. She was delighted to have the bed to herself after the three of us had got up to go down to see what Santa brought. She wasn’t too impressed that we were back so soon. Catherine, who was in the other bed with Joan, shouted at us,

‘Turn off that bloody light this hour of the morning’. Joan was still unconscious and never budged.

When I was dressed, I brought my dolly back downstairs and sat her in das chair by the fire.

‘Will you mind her for me mammy?’ I asked her.

‘Of course I will’ she replied.

‘Mind my doll as well’ said Barbara, as she placed her dolly beside mine.

‘You have to be asleep in bed when Santy comes’ she’d said. We didn’t argue with her. It was the one night of the year that we thought we’d never get to bed.

Five of us walked across the field in the dark to Mass in the big church at the roundabout. There was me, Barbara, Enda, William and da. The baby Annette was too small to come with us.

The ground was hard and crunchy with frost beneath our feet and when I blew out my breath, it rose into the air in a white cloud. I was wearing my yellow jumper that mammy knit for me, under the red tartan dress that she’d made on her sewing machine. My sister had the identical outfit.

‘You’re like twins; the same as your dolly’s’ ma had said proudly, as she waved us off.

‘But our coats and gloves are different colours mammy’ I said. ‘Hers are blue and mine are red; and her hair is shorter than mine’.

‘Get off with you’ laughed ma ‘Father Michael will make a show of you if you arrive late’. Father Michael was a grumpy old man, who shouted at people who arrived late for mass.

We weren’t late, and even though the church was packed we got a seat up near the front. Mammy had told us that the priest had put the baby Jesus into the crib at midnight mass and as I squeezed in between Barbara and da, I was delighted to see that yes the baby Jesus was already there, with Mary and Joseph and the sheep in the crib beside the altar.

Loads of children had brought their toys to Mass; I wished I’d been allowed bring my dolly. I would have loved to show her off to everyone. One little girl in a brown coat and a bobble hat had a dolly that said ‘Mama’. She played with it throughout the entire mass; walking it up and down the back of the pew, and then pulling up its dress to show us its frilly knickers. I thought that was shocking carry on, and on Jesus’ birthday too. Da said not to look at her, so I tried really hard not to look but she was sitting right in front of us. Father Michael kept looking down to see who was calling their mama as he was saying the gospel. He didn’t look pleased but her mammy didn’t seem to care at all.

When we came back from communion she stuck out her tongue at me and I could see the body of Christ stuck to it. That was a mortal sin. No one was supposed to see the body of Christ. You weren’t even allowed to chew it. You had to keep it on your tongue and keep praying until it melted away. The quicker it melted, then the fewer prayers you had to say. Mine didn’t take that long so I must have been really holy at the time; or maybe it was because I was starving. We weren’t allowed to eat before receiving communion. The body of Christ had to enter a pure clean person. You couldn’t be having communion on top of a feed of rashers and sausages. Some people took ages. They must have had loads of sins to pray for. Or else they’d had their breakfast already.

‘Janey Mac’ I said to Barbara, ‘Imagine having your breakfast before Mass’.

I heard the young one in the brown bobble hat crying and saying she was starving, after her Ma gave her a slap on the leg for chewing her communion wafer. She took her dolly from her as well and said she was giving it back to Santy because she was so bold; that made the little girl cry even more.

‘Shut up or I’ll give you something to cry about’ her mammy said. I felt sorry for her and gave her a little smile but she just stuck her tongue out at me again.

‘I’m glad her mammy is giving her dolly back to Santy’ I said to Barbara, and I stuck my tongue out at her when da wasn’t looking.

When we came out of the church it wasn’t dark anymore. People were all standing outside chatting and laughing and smoking fags. Da was talking to Christy Byrne, one of his pals from work. I was starving for my breakfast and dying to see my dolly again, but da and Christy were chatting and laughing for ages, so we had to wait until he was ready. Eventually they said their goodbyes.

‘See you tomorrow for a pint Christy’ said Da.

‘See you then’ said Christy and a Happy Christmas to you all’ he said to us’.

We ran up the road ahead of da and squeezed through the railings around the big field that led to our house. Da was strolling along, one hand in his pocket, a sweet Afton in the other, and a big smile on his face. He loved Christmas, and he loved being at home. He was a train driver with C.I.E. There were no trains running on Christmas Day so he didn’t have to work like he did every other weekend. After legging it through the fields, we could smell the sausages and pudding as soon as we reached the front gate. My mouth was watering with the hunger. The fire was blazing in the living room where Mammy had set the table with her best white table cloth and willow pattern tea set. I threw my coat off as soon as I got in and grabbed my dolly. I ate my breakfast with her in my arms. As I held her hard shiny face to mine, I could feel the flick of her eyelashes against my cheek. She was the loveliest dolly in the world; There was no way I’d let Santy take her back.

After breakfast, we all helped to tidy up and do the washing up. Then we had to set the table again for dinner. The turkey was in the oven and all the vegetables were prepared. I saw the huge trifle on the top shelf of the fridge when I was putting the milk away. Layers of jelly and sponge covered in custard and cream and topped with hundreds and thousands.

‘Don’t even think of sticking your finger into that trifle’ shouted my ma from the living room. My da once told us that mammy had eyes in the back of her head, I never believed him until then. I shut the fridge and licked the cream from my finger before I left the kitchen. My mammy made a deadly trifle.

We spent the afternoon playing with our dolls and colouring in our colouring books that my sister had bought us. The older ones read their books and Christmas annuals after they’d helped mammy in the kitchen. Da sat in the parlour reading the newspaper and listening to Perry Como on the radiogram. My little brother sat on the floor making vroom vroom noises with his match box cars.

‘Can we have our modelling competition now’ I asked ma excitedly after dinner.

‘Ok’ she laughed, ‘but hurry up before the film starts, it’s The Wizard of Oz’.

‘Get on with it’ said Enda from behind her Bunty annual. ‘It’s starting soon; we don’t want to miss the beginning’.

‘You’ve seen it a million times’ I said to her. ‘You know exactly how it begins’.

‘Yes you will’ I laughed.

My sisters were all squashed together on the sofa waiting for the film. The boys sat on the floor. Ma and da sat in the armchairs by the fire.

‘Right everyone’ I said ‘You need to raise your hands in the air for the prettiest dolly ok?’ I instructed them importantly. I turned on the big light and pushed back the edge of the tablecloth and picked up my dolly and walked her proudly across the table.

I got a full show of hands and a round of applause. I was delighted. When it was Barbara’s turn, they did the same for her. I was raging. Ma and Da said it was a tie.

‘Sit down quick, the film is starting’ said da.

I sat on das knee and Barbara sat in beside ma who had the baby on her knee.  I knew I had to accept the results of the competition but in my heart I knew the truth.  I remembered then, the bold little girl in the church and I hoped her mammy had changed her mind about sending her dolly back to Santy. It was Christmas after all and I’m sure Santy knew she wasn’t really bold; otherwise she’d have been on the naughty list. My brother Gerard turned off the big light again and sat on the floor beside Peter, and as we watched Dorothy set off to the magical Land of Oz, I thought that there was no place more magical than your own home on Christmas day.