In sickness and in health, a short story by Mae Newman

Mae Newman was born in Clones Co Monaghan now lives in Rathfarnham having spent many years in Tallaght. She joined St Muirins Writing group sixteen years ago which totally changed her life. She is also a member of Platform1 and a founder member of Marleygrange Poetry Society. She has won numerous awards for her poetry and has featured in many anthologies for prose and poetry. She is a Reiki practitioner with the Web Project in Whitechurch Library as well as being involved with other writers and artists there. She is a widow and her eight children and seven grandchildren all live within easy distance. She draws inspiration from walks in Marlay Park and St Enda’s which are close by. She has published one book of poetry, is working on another and is currently writing a novel. 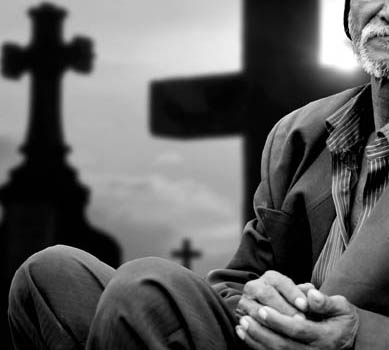 She’s enjoying the last of the Indian summer while dozing in the garden. The trees are just starting to turn different colours of amber. The rose bushes are still in full bloom and the scent of them wafts over to where she is lounging. On the grass, Pink Ladies lie in abundance. There was a bumper crop this year, so she feels very generous towards the birds. The twins have had their fill and can’t eat anymore. The garden kept them all fed through the year and she was happier outside than in the house. All that digging and planting kept her sane. When her potatoes and vegetables started to grow she was filled with the wonder of it all.

Even now when she looks at her crop she’s overcome with awe. These last few years she has concentrated on growing organic, now she has a nice little income from the local markets. Saturdays are special for her and the boys and she love meeting so many different people every week. Next week she’s going to include some of her home baking. Though she doesn’t really need it, the privet hedge affords her a private space.

It blocks out the farm and the ugly sheds scattered all around.  She loves this hour of peace before the children come home from school. As she lies on the hammock, her mind wanders back to when they started school first. She really thought things would be easier. Now with the twins in their last year and the eldest two working and living in Dublin, she wonders where the time went. A cold breeze sweeps across her face. Suddenly something lands on her cheek and she screams.

‘I’m sorry,’ says a voice that sounds like gravel.

The sun blinds her and as she tries to sit up the hammock wobbles. Clutching both sides she tries to balance herself and succeeds in falling on the grass. All she can see is a pair of filthy runners and two big toenails sticking up through them. Bony hands clutch her elbows; hands she remembers.

‘What the hell do you want? I thought you were dead.’

As she steadies herself she has a good look at her intruder. He seems taller, thinner, almost, translucent. The clothes he’s wearing are at least  two sizes too small. Two large wrists dangle below the frayed cuffs.

Brown shiny trousers, at half mast, don’t do much for him. A dirty looking grey tee shirt completes the outfit. Broken veins cover his cheeks and the white of his eyes are a peculiar shade of yellow. Three wisps of hair are cemented across his scalp. He smells musty and damp.

‘You have some nerve. How dare you come in here, go back to where you came from.’

‘Sorry are you? You don’t know the meaning of the word. If you think you can waltz back in here you have another think coming.’

She stretches herself to her full five feet and with her head held high, crosses the path to the house. It takes all her strength to walk straight, the line of sheets flapping into her face helps.  The door, which she always meant to replace, has swelled in the warm weather so she has to pull and push at it to get it open.  She’s conscious of his eyes boring into her back, each step of the way, but stops herself from looking back. Dragging the top and bottom bolt across the door she collapses, crying on the cold stone tiles. How long she lies there she has no idea but when she eventually rouses herself she is stiff and cold. Slowly she becomes aware of the twins shouting.. She’s all fingers and thumbs as she tries to slide the locks back.

‘Mammy, what’s going on? Why is the door locked?’ asks Alan.

‘Go upstairs and change. It’ll be ready when you come down.’

‘We saw a tramp on the lane. Is that why the door was locked?’ Alan asks.

‘I don’t know what you’re talking about. Change out of that uniform now and stop wasting time.’

Going into the kitchen to prepare tea she goes through the ritual of setting the table and putting on the kettle. Getting the milk from the fridge and filling the blue and white stripped jug. Unwrapping the bread from the damp tea towel, she puts it on the breadboard.  A batch of scones is already on a plate. She’s shaking so much the bread knife falls to the floor. Her mind is racing with the old saying ‘that means a man is coming to the house’. He wouldn’t have the nerve to come back, would he? Alan is no fool. He can ferret out information like no one else. Tim is different. His main interest in life is where and when the next meal is coming from. She never noticed before how much he resembles his father. Alan is more like her, short and chubby. Tim is a good six inches taller and darker.  Working automatically she continues to butter the freshly made brown bread and heats the teapot. Leaving a pot of homemade gooseberry jam and some bananas on the table she goes to the bottom of the stairs and shouts.

‘It’s ready. I’m going out to the line to take the clothes in. Put your dishes in the dishwasher.’

‘What do you mean?  I just fell asleep.’

‘Are you sure you’re not sick?’

‘You know I’m never sick. Come on lets get these chores finished.’

She can’t remember when they fell into the pattern of Alan helping outside in the evenings and Tim in the mornings. Alan takes the cows home, does the milking as well as making sure the hens and other fowl are secure during the night. Tim tidies the kitchen and puts the dinner on that Una has already prepared. Tim, who is up every morning before cockcrow, has the cows milked and all the animals fed and watered before Alan is even out of the bed. During dinner they quiz her again about the locked door and the tramp in the lane. She’s relieved when its time for their homework and she can pretend to watch television. Her mind is in a quandary. A voice in her head keeps asking why? Why now?

She’s sits up sharply when she hears shouting from the kitchen. The boys very seldom argue. She is making her way along the hall when she hears Tim say,

‘You don’t have to keep saying he’s a tramp. I thought he was very nice.’

‘Keep your voice down or Mammy will hear you. Of course he’s a tramp.’

‘Alan, how often have you heard Mammy say not to judge by appearances.’

‘Mammy wouldn’t be pleased if she knew we were talking to a stranger, tramp or not.’

‘Well I thought he was a lovely man. You did too. Admit it. Somehow he didn’t seem like a stranger.  Is it his accent?’

‘You’re right, Tim, there is something familiar about him. Maybe he’s one of these who come around every couple of years. Do you think he was hungry?  Should we save our lunch tomorrow and offer it to him? We could always sneak out a few apples. I’m looking forward to meeting him again.’

‘Ok, Alan, I’ll keep Ma busy and you smuggle out as much as you can.’

Not knowing what to do, she creeps up the stairs to bed and pulls the quilt over her head. Amazingly she falls asleep immediately.

Looking in the mirror the next morning she’s surprised to see she still looks the same. Her brown hair is still salt and pepper. Her daughters try colouring it every time they come but she doesn’t really like it. Thank goodness they’ve stopped putting make up on her. Wouldn’t she be look lovely mucking pigsties? and byres and all that muck on her face. They’re good girls whose hearts were broken when their father disappeared. Though she tries not to, her mind wanders back to that summer fifteen years ago.  It was one of the hottest summers on record. The twin had been born in the middle of winter so she was glad to be able to leave them outside or take them with her when they were cutting the hay. It had been a long hard time. Tim could never get enough no matter how much she fed him. Alan would lie on her breast for hours barely sucking at all. The girls were a great help but she was exhausted. Body and soul were tired. She had hoped Larry would be so delighted with sons he’d be over the moon. Instead he did nothing but moan and complain all day long. Every night there was a row because she was so tired or one of the twins would start crying at the wrong time. He started staying later and later at the pub. She was glad of a few hours peace but he was so sarcastic when he came in he was like a different man.

Then came the night he never came home at all. At first she wasn’t worried but when the morning became afternoon and then evening she knew something was seriously wrong. Phoning the public house in the village she was told he’d left early the night before. The publican said he was in brilliant form and only had the one. Sure not to worry, but within half an hour neighbours started calling. Everyone had a different theory. The Guards were called. His mother arrived. She could have done without her. There was no love lost between them and now all this was her fault. Her mother took over the running of the house and minded the children while she lay crying in the bed. Their bank balance was in the red though she couldn’t account for the large sums Larry drew out every couple of weeks. His photo was in every paper and the television did a programme on missing people. He was spotted everywhere but all the leads came to nothing.  She got rivers drained and bogs searched. Divers went down deep and dangerous lakes. All in vain. To get rid of his mother and the auld lads, trying to get one foot under the table, she had to pull herself together. The children were delighted and even when she shouted they just smiled. Life went on.

The following Easter she got a postcard. No postmark, no address, just ‘I’m well’. There was only one Easter he missed in the last fifteen years. She was convinced he was dead but a card arrived the following year. Now he’s back.