Joan Power lives in Dublin and has two grown-up sons. She is a member of St. Muirin’s Writers’ Group for the last fifteen years and she is also a founding member of Platform One. Joan has won prizes for both poetry and prose in The Cat Magazine (UK), Crannog, Jonathan Swift Creative Writing Awards, among others. She has been published in several anthologies. The challenge of the short story form is her favourite and she believes that you are never finished learning the art of writing. When you write THE END, then that is when you should reassess the whole story again. Designing and making quilts and quilt art is her other passion in life. Continually removing and replacing words and stitches is more fun than it sounds. 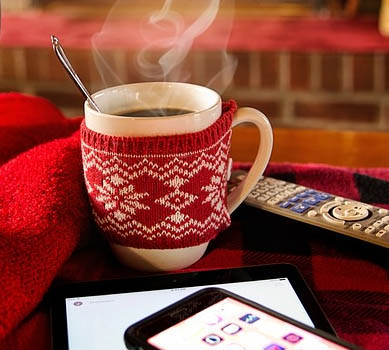 Our marriage was ten years old that last summer in Valencia when things finally began to unravel. I knew I wasn’t blameless – the fault-lines ran deep – but Johnnie didn’t make things easy. There was a new hardness to him, a flashy meanness. That miserable wet Monday afternoon when he told Angie her earrings were crap was a typical example.

Outside rain was beating down, slapping onto the sloping narrow streets of the old town with malignant force. We’d retreated from the terrace of Rizzo’s Dive into the dim airless café. Rizzo was too cheap to run the air-con unless the mercury read over thirty five and the place was a sauna. The smell of mold mixed with sweat, booze and stale perfume. Angie was three-quarters drunk, make-up melting, dyed blond pony tail coming undone. Johnnie, three drinking hours ahead of everyone, was in dangerous simmering mood. He sprawled on a plastic chair, trawling the company for entertainment. He reached across the littered table and fingered one of Angie’s dangling silver earrings.

I knew she fancied him.

‘These earrings are crap,’ he said. ‘Some cheapskate left out a link.’

Abruptly he slumped back in his chair surveying the effect of his words.

‘Whaddya mean? They were expensive and made in Barcelona.’

I could’ve slapped him. But Angie’s stricken face and slack jaw were all the entertainment Johnnie needed. Geordie Joe and Pedro, side by side as usual, looked from Angie to Johnnie in turn. No one looked at me. A hollow clanking racket broke the silence. Rizzo’s fat bug-eyed Mamma, wrapped in a stained overall, flip-flopped out from behind the bar with bucket and mop. Dirty rainwater was seeping in from the terrace down into the café.

As she squeezed past, her rigid meaty backside slid along my arm like a corpse.

Everyone watched her efforts to stem the flow. No one moved. Rizzo came through the plastic kitchen curtain with a tray of tapas, plonking it down before us. I wouldn’t touch it. I’d seen it all last night on the bar counter: cracked oily dishes of olives, greying pickled eggs and rolled up herrings under a slick of greenish garlic oil. Specks of herbs, or grit, floated in the liquid. I knew Joe and Pedro would plunge their fingers into each dish, ignoring the plastic spears. When they drank from their pints of lager, a film of oil from their lips would float on the top, dissipating the foamy head. Angie, sobbing, groped at her earrings. I put my arm around her.

‘Ignore him, Angie, your earrings are gorgeous. Johnnie, you’re a shit.’

Impassive, Johnnie loaded three olives onto a spear and, tipping his head back, lowered it into his mouth.

Angie was near my own age but my relationship with her was parental. On these drink-sodden afternoons, she’d given me her story.

‘Oh Angie no,’ I sighed, ‘shush now. Listen, don’t drink anymore. This boozing every bloody afternoon is wrecking us all.’

The door burst open and a ragged group spilled in from the street, umbrellas scattering spray. The harsh Australian twang of Lullaby Lil rose above the scraping of chairs across greasy tiles as they joined us. Suddenly, Johnnie was animated.

‘Fuck yourself, Lil,’ he grinned, ‘for who else indeed, would do the deed, besides old Rizzo there?’

Johnnie would perk up now that the opportunity for mockery had increased. Lil wanted to forget she’d ever been intimate with Rizzo. It had happened a few times when she’d first arrived in San Quatrae. Like all first-timers she’d been seduced into a hedonistic month-long binge. Judgement suspended by sunshine and drink, she’d slept with Rizzo in his putrid back room. By the time she sobered up, she wanted to re-write history. In San Quatrae this was allowed by everyone but Johnnie – he kept track of all lapses.

Why did I stay with him in this sham El Dorado, with its cast of drifters and misfits, its hostile, draining climate? But I knew the answer to that. We both did.

I looked around the table as we shuffled to make room. There was Johnnie and me, never looking at each other; Geordie Joe and Pedro sliding their pints along in unison; Angie, embracing Lil, saying Sit beside me, honey; there was Sarge, AWOL from some supposed military life; Mick the Spick, rat-like and feral and there was Lil’s sidekick, Bleedin’ Renee, a manic depressive from Birmingham who spoke with a visceral, sapping screech.

But cheap drink, cigarettes and the amorphous drift of days were all she craved. An advertisement for bar-maids had brought her to Spain and her love for Lil kept her in San Quatrae.

In a town where no-one toted a past everybody had a label. It was our map of social navigation. I was Secret Shelly and Johnnie was Handsome Johnnie. The Sarge affected a uniform of sorts, a khaki belted jacket pockets full of penknives. He’d start the day walking his poodle dog Lucky along the beach. He ended each night carried home from Rizzo’s by various volunteers, Lucky trailing behind.

Mick the Spick was addicted to gangster movies. His conversation consisted of quotes learned by heart in a Chicago accent. No one really spoke to him. He drank steadily through the day, upright and trembling in his child-size white polyester track-suit.

Lullaby Lil was so-called because she sang an old childish lullaby at closing time every night. Her surprisingly sweet voice, husky with cigarettes, always brought a hush to the bar, conjuring sad uneasy ghosts amidst the little family of exiles.

I suppose we were a typical ex-pat community. No one was young, most had a bit of money, a redundancy or some shady unexplained windfall. You’d find our mirror image along coasts where the sun shone even, it seemed, in India. There were stories of pints of beer in Goa costing ten old pence, hundreds of fags for a couple of quid, and six-course meals for silly money. It only awaited the lotus-eaters like us to follow the dream. Geordie Joe and Pedro shook their heads.

Angie was the only one I knew anything about. Abandoned as a baby to an Irish orphanage, a mischievous nun once told her that her mother was Spanish.

‘Exported her ‘nuisance’ to Ireland,’ said Sister Jarleth. ‘As if the Sisters of Mercy haven’t enough little Irish bastards to mind for the Good Lord.’

Abused and bullied, Angie dreamed of finding her mother. Compensation from a minor accident brought her to Spain to track down a woman whose name she’d never known, whose only trace lay in a throw-away remark.

Walking around San Quatrae Angie and I often saw two silver haired Spanish matrons, obviously sisters. Well dressed and aloof, they walked arm-in-arm through the cool of evening, nodding only to Spanish locals. At a café they sat silently drinking glasses of iced tea. The taller woman seemed the leader. The other woman ran a string of beads constantly through her fingers. I envied them their tranquility, their ease of time and place. Angie decided the woman with the beads was her mother. It was an obsession. Strangely, there was a vague resemblance – though I didn’t voice this.

Now, as I watched Rizzo’s mamma fling an old towel across the entrance to absorb the gathering flood, I listened to Angie’s usual mantra. She drew Lil into our conversation.

Lil and I exchanged looks.

‘Jeeze girl, are you off your tiny mind?’ Lil looked at me. ‘Tell her, Shelly, this is bunkum! What would I say? “Excuse me Senora, did you by any chance have a baby girl thirty odd years ago and dump her in an Irish orphanage? Well, this is your lucky day lady, ‘cos here she is, taa daaa!”

‘No, no!’ Angie cried, ‘not like that! We’d have that iced tea stuff; get to know each other. I might have brothers and sisters, a whole family here in Spain! Tell her, Shell, please, I know she’s my mother, I know it!’

Supporting the sobbing Angie, we stepped out into the deluge. The gang sat on.

I was changing out of my damp clothes about an hour later when Johnnie came into the apartment.

‘I’ve no cash and you were gone ages. Is Angie ok?’

‘As if you care, you bastard, what was that shit about her earrings? You’re bloody cruel, you know she’s fragile.’

‘With good reason,’ he answered, going to the safe behind our mirror. ‘Dumped by her mother, what kind of woman does that?’

‘WHAT?’ I shouted. ‘Are you talking about me? It’s not the same thing, there’s no comparison!’

‘That’s true, my darling wife, our child won’t pop up in thirty years’ time and surprise us.’ Johnnie slammed the safe shut. ‘If she lives that long she’ll still be a bed bound vegetable, hidden away in that beautiful place.’

I collapsed onto the bed, banging my fists into the pillow.

I remembered the sad weary Specialist.

‘Your daughter will never walk, talk or know you,’ he said. ‘For however long she lives she’ll need round-the-clock care.’

‘There are many care options. Take things slowly, remember, you’re in shock.’

I remembered the blur of compensation hearings, the invasive publicity around one of the largest payouts in Irish medical history. I remembered the determinedly upbeat army of paid carers, the months of horror pretending to cope as, one by one, family and friends fell away, defeated by the prison of days. I remembered the helpless inadequacy and racking guilt of knowing that I was going to run. I couldn’t remember when love turned to hate.

‘I’m taking twenty out of the stash,’ Johnnie said, ‘there’s a poker game. I’ll wait if you’re coming back to Rizzo’s?’

‘No, I’m going down to the English bookshop.’

I took two aspirin and left the apartment. The rain had stopped and the streets were damp and cool, the white houses washed clean and fresh in the watery sun.

Mike Hogan had the only English bookshop on the coast and he knew everything about the town. Bringing my selection to him I asked casually about the two women who took tea at the corner café.

‘Ah you’ll mean the Mendoza sisters. An old local family, very wealthy but don’t flaunt it. It doesn’t change their tragedy though.’

‘Angelina, the one with the beads, has some rare syndrome. She can’t speak, can’t mind herself. She’s a child in a woman’s body, though you wouldn’t know to look at her. She was beautiful. But she’s well minded and happy enough. Louisa takes her walking every evening. She’s been known to bolt, poor wretch, be missing for hours. Not so much these days though.’

Mike looked at my selection of books and smiled.