When skies are grey, a short story by Bríd Connolly

I started to learn the craft of writing in a Maynooth University creative writing programme, Creative Writing for Publication in 2015, under the guidance of John McKenna, Suzanne Power, Orla Murphy and especially, my fellow learners. I always loved writing, but had almost no creative writing published until I completed the course. Since then, I have won the Kildare Readers’ Festival short story competition in 2015 and I have been short-listed in the Francis MacManus Short Story competition in 2016 and 2017. I am currently re-drafting a novel, aiming to completely re-write it by next summer. I work as an adult educator and I am convinced that creative expression is essential for human and social development. And, most importantly, that it’s never too late to return to learning. 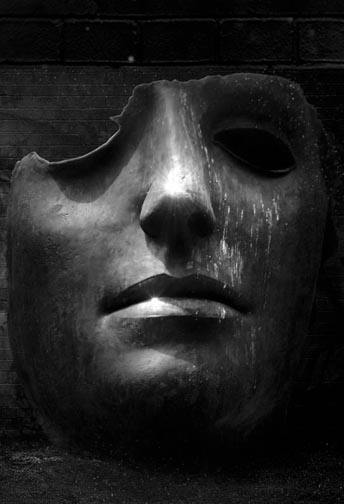 Della, sitting at her window, spotted Mick Cully on his way home from work, singing and whistling as he walked from streetlight to streetlight. He lived in the room above hers with his wife and baby son. He was the happiest man in the entire house, maybe even in the whole of the street. The poor fool.

Della moaned as she stood up and moved away from the window. She put the kettle on the gas ring. She needed a cup of tea after her terrible day, the worst for a long time.

It started with the ten o’clock Mass. Fr Fahey was in a cranky mood. She could tell from his big backside in the green chasuble and the creases on his fat neck as he bowed and nodded and genuflected. Then, at the gospel, she saw that one of the altar boys was crying when he carried the big missal down the altar steps. The child wiped his nose on the sleeve of his soutane when he knelt again and the snots glistened in candle light. At Communion, she closed her eyes at the altar rails and stuck out her tongue to receive the host. She heard the priest’s sniffy disgust and a snigger from the altar boy. She opened her eyes a fraction and saw the smirk on the child’s weepy face. She should have turned her back on the pair of them, but she needed the Communion more than that.

She was filled with awful thoughts. Thoughts about the happy family at the top of the house, about shop girls, about the two bowsies across the road. About everything. Her stomach ached, filling her mouth with acid that erupted in vile belches. She knew it all came from her bitter thoughts. She read somewhere that bitterness was like swallowing poison and expecting the other person to get sick. Well, that was her, she was thinking all these bad thoughts and it didn’t make a blind bit of difference to anyone else, it was just making her sicker and sorrier than she ever was in her whole life.

It wasn’t always like this. She was innocent once upon a time. She was an only child, adored by her parents, her aunties and uncles, born and reared in this very room. And she was a good scholar, at the top of the class. She played on the street – hop scotch and skipping and Queen-E.I.O – with her friends. When she was fourteen, she left school with a good education and went into the textile factory in Francis Street. She brought good money home and that meant that the family could burn coal in the fire, get warm blankets for the bed. Have meat and gravy on a Sunday.

And she went on social outings with the girls and boys from work, gathering outside the factory gate on summer mornings, baskets of sandwiches and lemonade and cakes for picnics. Glencree. Glendalough. The Botanic Gardens. She thought that she would meet someone, a nice boy who would respect her. There was someone, all right, but he wasn’t nice, by any means. No. No. No.

‘Why wouldn’t we? Sure, it’s only a couple of coppers.’ That’s what her mother always said. But Della privately thought that it was her shillings that boiled the kettle. When her mother died, Della put a stop to all that. No more boiling kettles for the neighbours. That was the holy all of it. And besides, they took it for granted. They had no respect for her and the likes of her.

Like that young trollop in the bakery this morning.

When the Mass was over, she went into the bakery as usual.

‘Have you no manners?’ the shop girl asked.

‘No please, no thanks. No manners,’ the shop girl said. She stared at Della but then, she went into the back of the shop and came out with a cup of water. A chipped cup. Della took her three sips, Father, Son and Holy Ghost, and left the cup on the counter without a word. But she was only outside the door of the bakery when the two bowsies from across the street started.

‘You little blackguards.’ she shouted at them and they laughed into her face. They ran out of her reach and turned around again.

‘You can’t catch me, you can’t even see, you’re a blind auld bat, batty, batty bat.’

‘Oh, your teachers must be very proud,’ she shouted. She swung the shopping bag again, but they were too far away.

‘Come here. Come here and listen to me. Are you proud of your blackguard sons?’ The window looked back at her without blinking. ‘Are you so proud of your little brats?’ A window at the top of the house rattled. A bucket of water spilled out. Most of the water missed her and splashed onto the footpath but still, she got a good dash on her head and shoulders.

‘You bloody bastard, what did you do that for?’

‘I’m trying to sleep, you bitch. Keep your voice down, for God’s sake.’ Della recognised him. He was a night-watchman in Kevin’s hospital and he lived in the room over the two bowsies.

‘Well, you can tell that woman that her two bowsies are tormenting the street. Tell her to teach them some manners. If she has any herself. You tell her from me.’

‘Tell her yourself, ye auld bag.’ He cleared his throat and spat. ‘Go home to hell, let you. Shut up, shut up or I’ll come down there myself and I’ll show you manners.’

Della turned away before the night-watchman could say anything else and she heard the window slamming shut. She crossed the street and reeled down the lane to her own hallway and stairs. She had to hold onto the handrail, using it to haul herself up from step to step.

The ewer and basin stood in the corner with a towel hanging on a hook beside it. She dried her face and head, looking into the mirror. She was old. Her hair was like grey wire, so different from the thick black mane that she had when she brought her pay packet home. And went on those outings to the Dublin mountains. She brought her chair over to the window and sat there, watching the street, until the sky turned grey and then, navy blue. The street lights flickered into life. Mick Cully, singing his song, appeared in one of the pools of light. She wiped her face again, the tears glistening on her sleeve. She shook herself and got up.

She filled the kettle from the bucket of water standing in the corner. She lit the gas ring but she saw that it was very faint. Another shilling. She rooted in the bottom of her bag. She pushed the rock aside and found her purse. She inserted a silver shilling into the meter behind the door. The blue flame flared under the kettle and set it singing a low hum. She liked plenty of tea when things went bad for her, like today.

She could hear Mick Cully skipping past her room, up the stairs, still singing.

‘The other nnnnnn, as I laaaay sleeping, I dreamt iiiiiii…’ He opened his own door to his home and walked in light footsteps which she could hear through her ceiling. She heard the murmur of joy in the voices of his wife and child, laughter bursting out and dying down. He started whistling, the same song, as he crossed over and back. The whistling pierced through her ears. She closed her eyes for a moment, tears springing up again, but then, she caught her sweeping brush and banged on her ceiling.

‘Shut up, shut up, for heaven’s sake,’ she shouted. He stamped hard on the floor and the plaster on her ceiling shed a scatter of flakes. The next thing, she heard him on the stairs and he pushed her door open.

‘What the hell is wrong with you, Missus?’ She had the sweeping brush in her hands and she pointed it at him, holding it like a spear.

‘Don’t you swear at me, you bloody blackguard.’ He backed off.

‘My God, but you’re a bitter auld wan. A good bang would sort you out and that’s the honest truth.’

Della staggered backwards, supporting herself with the brush. No one had ever said anything like that to her before, not even that time in the Dublin mountains. She always kept herself pure. Not like Mick Cully and his wife. He was sex mad. She could hear them through the ceiling, their bed banging against the wall.

‘Now, shag off and leave us alone,’ he said, slamming her door. She sat down, weak and spent.  She could hear him running up the stairs and laughing as he went back into the room. His wife was laughing too. Even the baby seemed to be joining in.

The kettle boiled over and quenched the gas flame. She didn’t – she couldn’t – move out of the chair. Mick Cully’s voice filtered through the ceiling.

‘You mmm mmmm happy, when skies are grey….you never know….’

And then – she could hardly believe her ears – Mick and the wife started to dance.