Room to Let, a short story by Anne Marron

Anne Mary Marron. Born in Pembroke Place, Ballsbridge, Dublin. Eldest of Susan Cosgrove and Joseph Murray’s twelve children. Emigrated to England in 1959. Married Niall Marron in 1961.  Has two daughters Maria and Liza. And a son Niall. Returned to live in Dublin in 1979. Throughout emigration to England, marriage and motherhood Anne never lost her dream of education. After retraining as a secretary, returning to Ireland and running her own business she finally went to university and earned an BA in English and MA in Sociology. Hobbies are Reading Writing and Painting. Anne’s writings were read at the Irish Writers Centre, anthologised in Irelands Own, and published in Kaleidoscope (a collective memoir).  Her prose received an award at the Jonathan Swift Awards. In 2015, she published her Memoir Letting Go. Anne’s poem Dreamers was included in Live Encounters Poetry May 2016 edition.  Reading the Lines edited by Eileen Casey. 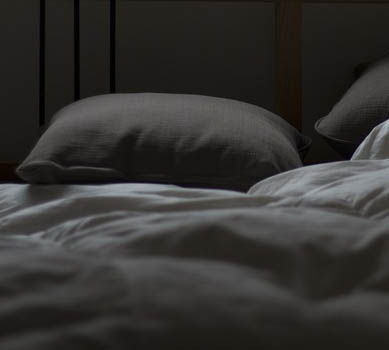 Jenny Williams felt very lucky to be living in 6Os Britain.  Her generation were constantly told by the media that it was the Young One’s time.  The Beatles sang, “All you need is love” whilst the Rolling Stones ranted, “They could get no satisfaction.”  And Cliff Richard raved about his walking talking living doll.”  The top favourite programme on TV was Friday nights Top of the Pops.  Teenagers fantasised about appearing on the television.  Rock and Roll and Mary Quant’s mini skirt were the latest craze.  Dylan’s song, The Times They are a Changing had topped the Best Sellers for weeks.

It was a wonderful time to be young, free and single.  However, this was something Jenny was not.  Whilst she was young, with all the tastes, needs and wants of her generation, she was also a wife and mother.  From being a carefree teenager, her life had changed dramatically when she met and married George.

The couple were living hand to mouth.  All of their best-laid plans had been scattered to the wilderness when Jenny found herself pregnant soon into their marriage.  Their Landlady had reminded them of the rules of their tenancy “No Children”.

Borrowing from family and friends they had scraped the deposit for a small three bedroom terrace house in a little cul de sac just off a busy road.  It was run down and neglected but was all they could afford and they consoled themselves they had the rest of their lives to transform it into their dream home.

Jenny opened the latest threatening letter from the Building Society.  It was just one of many bills demanding payment.  Talking to her idol Paul, she argued

‘Love is all you want.  You must be joking.  If it were just love, we would be millionaires.  But we are desperate.  Where will we get the money for the mortgage?  If only I could get a job.  But who will give me a job with a six month old baby.’

Her rant was interrupted by the sound of baby Paula crying from her pram.

“Poor love, your mother is talking to herself.  She’s mad.  You are right to be frightened.”

Jenny looked into the big blue eyes staring back at her.

“Yes, you are gorgeous, just like your mad mummy.  Maybe I will get a call from the BBC to appear on their Friday’s show.”  Paula began to gurgle back at Jenny.

“Don’t laugh, I am a good dancer and I’ve got my figure back again.  They might give me a permanent slot on TV.  Yeah I know pigs might fly.”

She carried the baby around the little terrace house.  Admiring the latest paintwork in the tiny box room, she continued wandering and wondering.

As she entered the front bedroom, she mused

“We live for the moment”.

Walking into the back bedroom she loudly thanked both their parents.  Their cast offs had helped furnish the little house.  A single bed, wardrobe and chair filled the space.  George called it the guest room. Friends arriving unexpectedly, one hand as long as the other, they took their hospitality for granted.

“No money but lots of penniless friends.”  Jenny growled to herself and baby Paula.

Getting up from the chair she walked over to the mirror and staring at her reflection she implored.

“You know what you must do”

Much later, she stood outside the Post Office.  Finding it difficult to breathe, she steadied herself against the shop window.  Licking her lips, she struggled to compose herself.  She didn’t want strangers in her home.  However, what choice did she have?  Drawing a deep breath, she pushed open the door and entered the small shop.

“I’d like to put an advertisement on your Notice board.”

As she pushed her daughter home in the pram, she couldn’t help worrying.  How would George react to her news?  But they had no choice.  His wages alone couldn’t pay their bills.

George arrived home at seven.  He was relieved his baby daughter was sleeping.  Jenny urged him to come and eat the special dinner.  He wondered to himself; since when was Shepherds’ Pie special.  If he remembered rightly his Mother used the left over’s to make the dish.

“I’ve got a surprise”

His heart began to hammer.

Before she could continue with her surprise, a loud ringing on the doorbell interrupted them.

“Are you expecting visitors?”

“Get rid of whoever it is.  I fancy a quiet night” he winked.

Two strange women stood on the doorstep.  Both women looked bedraggled, the older one more so.  The younger of the two stepped forward.

George was startled by the question.  Before he could reply, Jenny answered.

“That’s all right.  My mother’s just travelled from Co Mayo in Ireland.  The journey by train and ferry took two days.  She just wants a room for a few nights.”

George walked away, muttering to himself.

Smiling, Jenny invited the women into her home.

Taking on the role of hotel porter Jenny offered to take the elderly woman’s suitcase.  Her offer was quickly refused as the daughter fussed around her mother.

“Are you sure you will be all right?”

“All I need is a good night’s sleep.”

Feeling sorry for the two tired women Jenny reassured the daughter her mother would be well cared for reminding her she was a mother of a young baby girl.

As she sat, savouring the first cigarette of the day her peace was broken by a timid knock on the kitchen door.  Jumping up she nearly collided with the stranger.

“Did you sleep well?”

“Oh yes, I can’t remember when I slept so deeply.  It must be the tranquillity of your home.  You’re a very lucky girl.”

“Please call me Betty.  I have a confession to make.  I ‘m afraid I don’t have any money.”

Jenny sat staring at the old woman.  She didn’t look like a criminal.  Actually, she looked like a victim.  Swallowing hard, she offered the woman a coffee. Betty told Jenny about her seven children.

“Most of them are scattered around the globe.  They grow up too quickly.  Relish this time of your life child.  Mine are gone.  I don’t know when I will ever see them again.”

Jenny introduced the little woman to her baby daughter Paula.

“Oh you are so lucky to have such a lovely child.”

“Yes, I agree.  She is so good.  Sleeps right through the night.”

The old woman began to dab her red eyes with a white embroidered handkerchief.

“I had a child just like your little one.”

On the point of reminding her she once had seven little ones Jenny bit her tongue.  This woman was a stranger.  Yet she felt compelled to encourage her to have a good cooked breakfast.

“I’m sure you need it after all the travelling.  Just eat what you like.”

And Betty devoured the lot.

At noon, the daughter called to collect her mother.  She paid Jenny a month’s rent in advance.  Jenny tried to argue, telling her it was all right if they just wanted to stay and pay for one week.  However, Eileen insisted.

“It’ll help to pay the arrears on the mortgage.”

And in answer to his scowl.

“Do you have a better idea?”

But he was too engrossed watching George Best winning another match for Manchester United.

“You never consulted me.”

“Somebody had to do something.”

However, she was talking to a blank wall.

Betty was the perfect lodger.  Always mindful of Jenny’s space she never entered the kitchen before knocking.  And never complained if Paula’s crying disturbed her sleep.  Constantly reassuring Jenny how lucky she was with such a beautiful baby.  Jenny reminded her of her own brood.

“Surely you enjoyed your own.”

“I sold her to the Americans.  We had no money.  And they had no child”

Jenny could not believe her ears.  Before she could reply, Betty had left the kitchen.

Plonking herself on the nearest chair Jenny grabbed the cigarette packet.

Betty was gone from the house before mid-day.  In addition, didn’t return until bedtime.  Jenny couldn’t help wondering where she went each day.  This routine continued for several weeks.  Until one morning, Eileen arrived unexpectedly to collect her mother.  She had a taxi waiting outside the house.  Answering the impatient ringing of the bell, Jenny enquired,

“He just disappeared off the face of the earth.  Well that’s how it seemed to us back home.  She’s been trying to trace him.  Last week the Salvation Army contacted her.  He’s living in Kilburn.”

“Who is living in Kilburn?”

Suddenly Betty appeared at the top of the stairs.

“Eileen, will you give me a minute?”

Eileen ran up the stairs to her mother.

“Ill give you a hand getting ready.”

Hovering in the hallway Jenny witnessed the transformation of the old woman.

As she descended the stairs, dressed in a formal pin striped suit she walked tall and proud.

“With all my heart.”

The next morning Betty could be heard humming A Mother’s loves a blessing.  Jenny was relieved to hear it.  Good news perhaps!  She worked around the kitchen; keeping her ears alert for her tenant’s knock.  She wasn’t disappointed. Betty told her they had successfully traced the errant husband to a bedsit in Kilburn.  He was actually working on the London underground.

“And I’ve got more news – Eileen has rented a lovely new flat and she wants me to share it with her.  My husband has agreed to pay our rent for the next six months.”

And with a laugh,  “you never know what’ll happen.  At least I have a future now.  Oh, and by the way, I hope you don’t mind, but I got Paula a Bunny Easter egg”.

“There is no need.  You paid rent for the room.  It was a business arrangement.”

“No Jenny, to me it was personal.  And I will always be grateful.  Lodging in your home was a turning point in my life.  My luck changed.  I feel like a different person now.”

Betty was Jenny’s first tenant.  Others would follow.  The little spare bedroom became George and Jenny’s prize asset during those early difficult years.