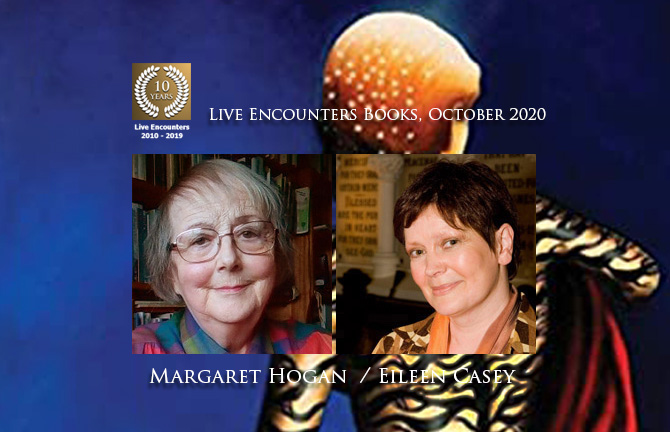 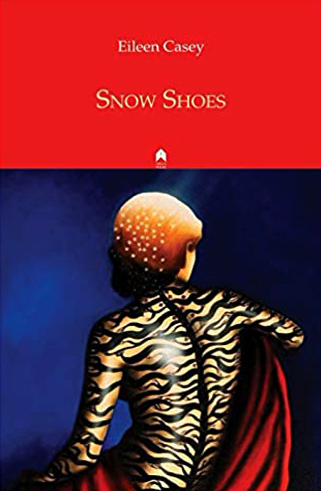 Snow Shoes is a stylish production with attractive artwork by Offaly Artist Emma Barone. This collection of short stories includes ‘Macaw’ which won the Hennessy Literary Award for Emerging Fiction. She narrates scenes from real life, capturing the tensions faced by security staff in a supermarket, an old flame visiting a funeral parlour, a young couple with a colicky baby, a rejected wife obsessed with millions of ants crawling all over her house, a mother with a health secret, out shopping with her style-obsessed teenage daughter. In a reflective approach, a woman with a much loved eleven-year old daughter, contemplates an aged woman in North Korea who had been abducted as an eleven-year old as a military comfort woman, and who now lives with memories ‘livid as a scar’.

Eileen has a wonderfully keen ear for dialogue and a feeling for the atmosphere of an impressive variety of locations. The reality of places, buildings, interiors and objects, is tangible. An infestation of ants is described as; ‘slithering along the cat’s dish by the back door’(Ants) Details are vivid: ‘I see you reach the clearing in the long track that wound you into the forest like a silken scarf’(For Soon Ae Kang).  Casey is also a well-known poet and her stories are laced with occasional sparks of poetic imagery that engage with graceful prose rhythms.

Characters are portrayed in great variety, mostly with empathy, often with laconic amusement or disapproval, seldom with condemnation, as she reveals them making their way through slices of life, narrated not with sentimentality but through controlled tension.

Eileen Casey, born in the Midlands, lives in South Dublin. Her fiction is widely published in anthologies by Faber & Faber (All Over Ireland), Verbal Arts Magazine, The Moth, The School of English, Oscar Wilde Centre, Trinity College, Dublin (Alms on the Highway),The Hennessy Best of Irish Fiction, among others. Fiction awards include: A Hennessy/Sunday Tribune Award, The Cecil Day Lewis Prize, The Maria Edgeworth Fiction Award, among others.

Margaret Hogan graduated from UCD with an honours BA in Major English, and choose the work of poet and artist William Blake for her MA thesis. She enjoyed teaching, especially drama and poetry at second level. She has spent most of her life in Birr, married to Tony for fifty years with two grown-up daughters and two grandchildren. She continues to research local history and the history of women in Ireland. She was the leader and principal writer of the online Discovering Women in Irish History for the Department of Education and Skills.