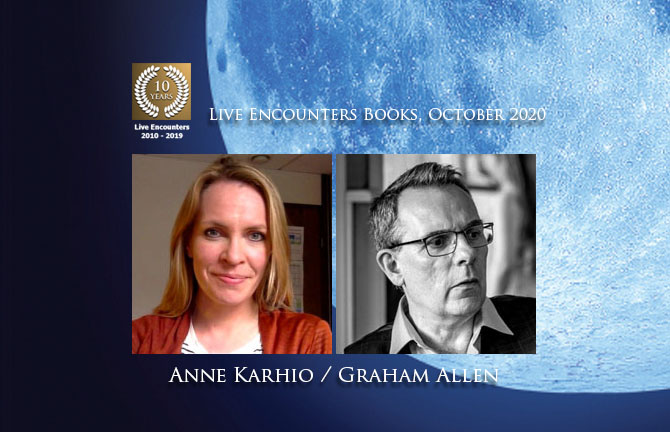 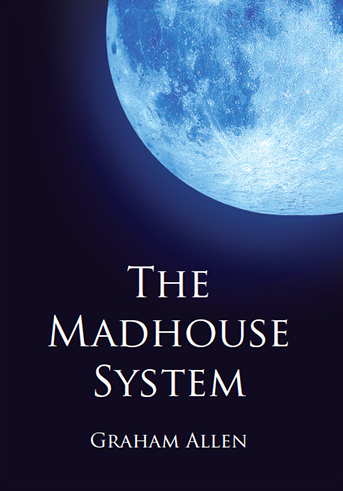 Allen’s collection takes its name from the nineteenth century barrister and civil servant Richard Paternoster’s similarly titled 1841 volume, based on the author’s experiences in William Finch’s mental asylum in London. Paternoster was incarcerated as a result of a financial dispute, and Allen’s frequently bleak poems, too, consider “madness” as a socioeconomic or political rather than clinical affair, or as a Foucaultian construct, a counterweight for civilization.  In poems such as “Celtic Twilight” and “What Falls”, those living in 21st century Ireland and beyond become patients of a “madhouse”, yet insanity resides not in the individual but in being entrapped in an institutional and political system.

After the two first sections of the collection, “The Madhouse System” and “The Return”, the third and final one, “The Spells”, recalibrates the collection’s perspective. The penultimate poem “Bright Star, Elegy for David Bowie” is a culmination of the volume’s repeatedly expressed tension between everyday minutiae and cosmic life, and presents the life span of a human being and that of a star as purposeful processes of “burning”. It is Bowie’s death that finally unveils a view of life as release of energy: it becomes an invitation to “Imitate the life of the sun”. Thus the call of the concluding poem “The Spells” – to “Start over. Start again.” – is less a Beckettian invitation to “fail better” than an insistence on responsibility and resistance, through creative action. It also sends the reader back to the beginning, and asks them to revise their initial encounter with madness, now less as confinement and more as refusal of one’s assigned place in the system.

Graham Allen is a Professor in the School of English, University College Cork, Ireland. Professor Allen is an award-winning poet. His poetry collections The One That Got Away and The Madhouse System are published  with New Binary Press, as is his ongoing epoem Holes www.holesbygrahamallen.org. His new collection No Rainbows Here will be published by Salmon Press in 2020.

Anne Karhio is a graduate of the Universities of Helsinki and Galway. She has worked in a number of European institutions in Finland, Norway, France and Ireland. She has been a postdoctoral researcher and the holder of the ELEVATE Irish Research Council International Career Development Fellowship, co-funded by Marie Cure Actions. Her research project on Irish poetry and landscape and on human rights and Modernist poetry was carried out in the National University of Ireland, Galway, and the University of Bergen. Her work focuses on the impact of new media technologies on literary representations of landscape in Irish poetic culture. The project covers poetry in both print and digital formats and also examines the relationship of poetry to visual and audiovisual arts, music and other forms of artistic production. Karhio is the author of Slight Return: Paul Muldoon’s Poetry of Space (Peter Lang, 2016) and co-editor of Crisis and Contemporary Poetry (Palgrave Macmillan, 2011).