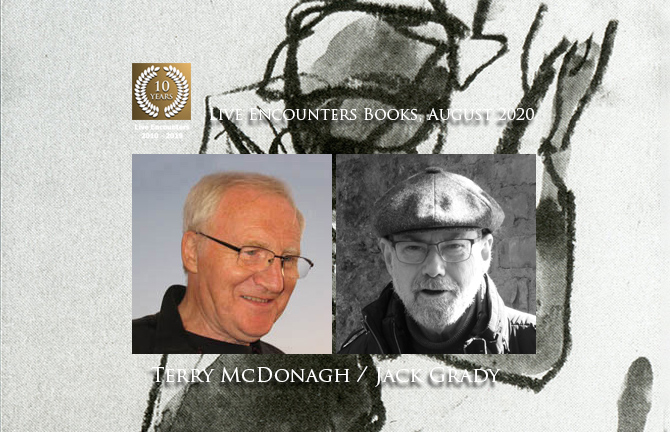 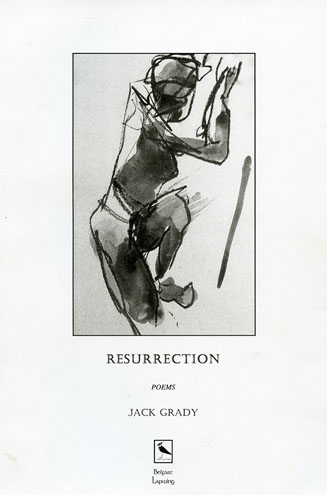 The title of this collection certainly applies to its author. A prize-winning poet in America in the seventies, American-born Jack Grady has been resurrected, after a hiatus of decades, as an Irish poet in the west of Ireland. As a war veteran, he is motivated by a consuming desire to see an end to war, as expressed in these lines from the eponymous poem, ‘Resurrection’.:

Or, in ‘Adam in Search of Eve’, I am spiritless now, for I have knowledge/and I see too clearly. …/through endless war to end war…

A compassionate person who feels for the suffering, grief, and loss of all living creatures, he often employs nautical imagery as he describes life’s journey, as in the poem ‘Dark Voyage’, where the embers glow like a lantern on a square-rigged ship/…its helmsmen blind as our vessel drifts/…a cow in mourning for her slaughtered calf/informs me I am not alone in loss/that the tides of this ocean carry us all/to the same anchorage of grief. Or in ‘Spider’, when the arachnid he enjoys greeting every morning is taken from its web by a wasp, and, over time, the web resembles a ship abandoned /adrift in a gale, sails torn/stays and shrouds tattered/ghosts unspinning in the wind.

A special poetry collection and a wonderful read.

Jack Grady is a founder member of the Ox Mountain Poets, based in Ballina, County Mayo, Ireland. His poetry has been published online and in print in Ireland, the United Kingdom, France, the United States, Canada, Portugal, Indonesia, India, and Nepal. He read in Morocco at the Festival International Poésie Marrakech in 2016 as the poet invited by its committee to represent Ireland and in the same capacity at the Poesia a Sul festival, in Olhão, Portugal in 2019. His poetry collection Resurrection, published by Lapwing Publications in 2017, was nominated for the T.S. Eliot Prize.

Terry McDonagh, is an Irish writer of international acclaim. He has taught creative writing at the University of Hamburg and was International School Drama Director. He’s published eleven poetry collections as well as letters, prose and poetry for young people. A much traveled poet who has facilitated and read at festivals in more than twenty countries in Europe, Asia and Australia. His poetry has been translated into German and Indonesian. His most recent poetry collection, Fourth Floor Flat– 44 Cantos – Arlen House was published in 2018. He’s completing his next collection, Two Notes for Home to be published in 2021. He’s recently, returned to live in Ireland having lived in German for thirty-seven years. http://www.terry-mcdonagh.com/