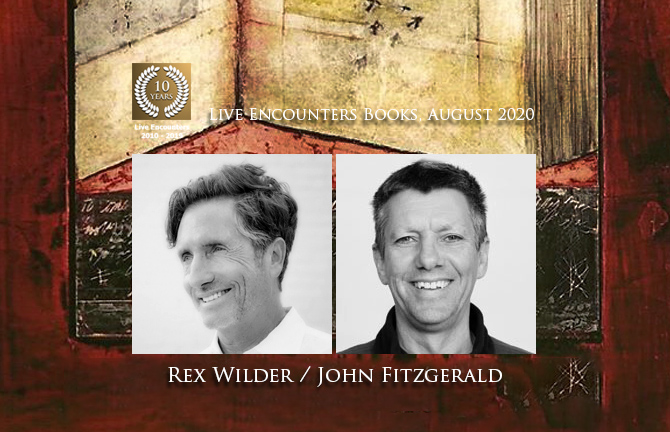 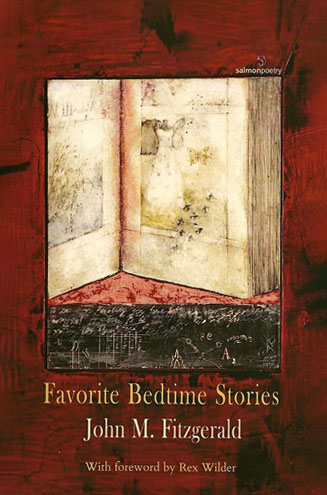 I want to be John FitzGerald’s baby. Well, his wife’s anyway. If he has one; I’m not so sure sorcerers are in the habit of mating for life or raising children anywhere but several inches off the ground. And safe alone with FitzGerald as a boy barely three feet tall and years old? Not with his imagination and penchant for naughtiness. I imagine myself propped up breathless in the bottom bunk at seven each evening, a gold dusk dusting my fresh features from the window over whose generous glass Dad would refuse to draw the blinds, fuzzy blanket pulled up to my neck, ice water clinking beside me, when my idol would make his Grand Entrance, an imaginary book of fairy tales in his right hand and the promise of my unconsciousness in his left. Or subconsciousness, I should say. Because FitzGerald is a master at entering without knocking, weaving a spell and leaving it like a quilt as his calling card, both to keep one warm and to wonder where he went. Another sly poet, the great and under-appreciated William Meredith, could have been writing this introduction when he wrote in his “Sonnet on Rare Animals,” “Startled or on a signal, what is rare/ Is off before you have it anywhere.” At the same time, I could advise the reader of this rewarding collection to heed the advice of Meredith’s friend Robert Frost, who reminds us that “Heaven gives its glimpses only to those/ Not in a position to look too close.” So look away if you can. Close your eyes. Ask your attorney or talking dog to read these poems aloud to you, and be prepared to fall under their spell. Later on you can study the lines, their craft and craftiness. Because nothing’s by accident in FitzGerald and it’s only human to want to know how the magician did it. Although if the poet has his way you will be anything but human in the throes of his transportation. As he advises us, “The world fears a human being/ and when we catch one// We tie it to strings/ and drag it behind cars at weddings/ for the musical sparks left in its wake.”

John FitzGerald is a poet, writer, and attorney for the disabled. His poetry collections include Favorite Bedtime Stories, finalist for the Julie Suk Award, and The Mind, semifinalist for the Alice James Award, (both from Salmon Poetry). He is widely published in literary journals and anthologies, notably The Warwick Review, World Literature Today, Plume, The Taos Journal of Poetry and Art, December, From the Fishouse, The American Journal of Poetry, Human and Inhuman Monstrous Poems (Everyman’s Library Pocket Poets Series), and Poetry: Reading it, Writing it, Publishing it (Salmon Poetry).

Rex Wilder is the author of Open Late: New & Collected Poems 1979–2018, Boomerangs in the Living Room (2013), and Waking Bodies (2006). His work has appeared in Poetry, the Times Literary Supplement, the Yale Review, and The Nation. Wilder is a former editorial assistant for Poetry. He served as regional director of the Poetry Society of America in Los Angeles, California, where he helped establish Hollywood’s “Act of the Poet” reading series. He lives in Venice, California.