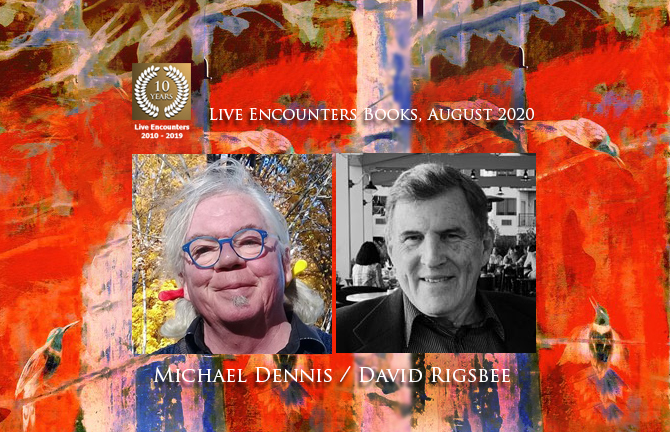 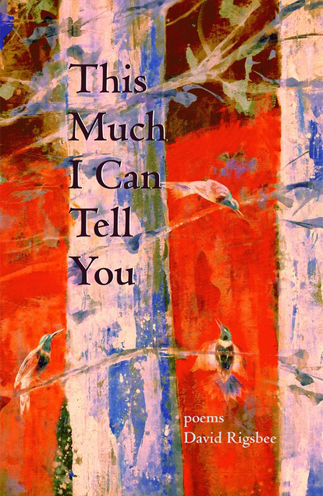 In This Much I Can Tell You you wonder/wander about within the comfortable environs of superbly constructed poems, almost formal in their elegant narratives, and almost Chandler like. Rigsbee has no problem with holding three or four disparate ideas together with nothing between them but air, brief moments in time, and slight of hand. Being the craftsman/old-pro poet/juggler that he is Rigsbee brings it all home with an astute and gentle logic.  Rigsbee people’s his poetry with every character from a racist southern Governor Wallace to the German philosopher Hegel and Roy Orbison singing all the high notes and Paul Valery not singing at all. Singers and philosophers litter Rigsbee’s poems like touchstones. You might think that these characters are distracting but in fact Rigsbee uses our knowing these names and their stories to access a vaster recess in our curious brains. This Much I Can Tell You coils around these associations and our prior knowledge. David Rigsbee has a bigger plan than we first see, this discourse is in search of truth and joy. This Much I Can Tell You sets a firm tone, Rigsbee has important stories to tell us and wants to present as a stern advocate for history’s firm lessons. But ultimately hope and joy tip the scales. David Rigsbee’s instantly accessible narratives burn brightly. Along the way he forges out a voice that knows what Mishima knew, explains it all like Auden. How good is that.

Born in London, Ontario, in 1956, Michael Dennis published his first poems in the early ’70s. His poems have appeared in scores of journals and more than 30 books and chapbooks, including Coming Ashore on Fire (Burnt Wine Press, 2009), Fade to Blue (Pulp Press, 1988), Sometimes Passion, Sometimes Pain (Ordinary Press, 1982).  From 2013 to 2020, Michael wrote in-depth responses to poetry books he admired on his blog, “Today’s book of poetry.” He lives in Ottawa.

David Rigsbee’s recent works include This Much I Can Tell You and Not Alone in My Dancing:  Essays and Reviews, both from Black Lawrence Press. His honors include a Pushcart Prize, an award from the Academy of American Poets, two fellowships from the National Endowment for the Arts, fellowships to American Academy in Rome (NEH), the Djerassi Foundation, and The Fine Arts Work Center in Provincetown. He has published critical books on the poetry of Joseph Brodsky and Carolyn Kizer and coedited Invited Guest:  An Anthology of 20th Century Southern Poetry.  Dante:  The Paradiso is forthcoming from Salmon Poetry.