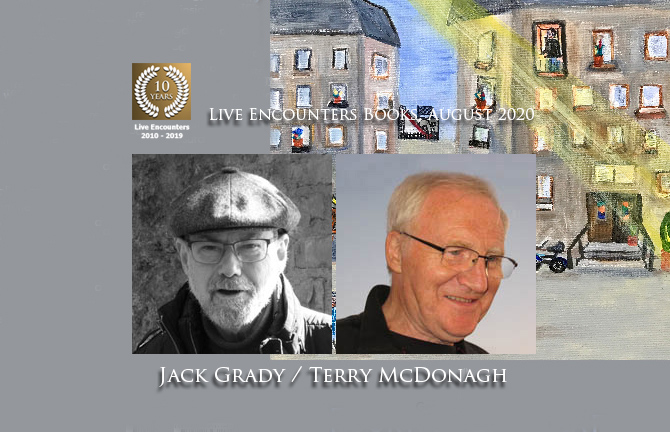 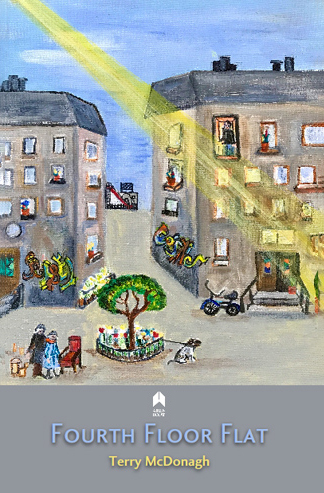 Terry McDonagh’s ‘Fourth Floor Flat’ is a collection of 44 poems, or one long confessional work divided into 44 cantos. For more than thirty-five years, Terry has divided his time between his native Ireland and Hamburg, Germany, and it is from a flat in that city where he observes the passing of life in the street below and reflects upon his own life and experiences, his successes and failures, his childhood in Ireland, his faith (or lack of); his hopes and fears, doubts and anxieties. When not physically leaving the flat to do such things as a poetry reading and then downing ‘the profits with a gulp’, he travels from his flat via the magic carpet of memory, and, on that journey, his iconoclasm asserts itself. A particular target is his Roman Catholic upbringing, where, in the poem ‘Covering Up’, he writes I grew up/in a confessional box where/no day went by without a sliver/of guilt to beat myself with./At school I retreated into a void/between flagellations. While he targets all our controllers, secular as well as religious, their dogma and their world – a dark, bugger of a place – he celebrates the natural world and the innocence of youth. He urges us to be free of our restrictions, whether imposed from outside or from within, to gather up the bliss and thrills of youth/go to the fields to be young again. ‘Fourth Floor Flat’ is an honest and exceptionally insightful poetic work, rich in musicality and imagery.

Terry McDonagh, is an Irish writer of international acclaim. He has taught creative writing at the University of Hamburg and was International School Drama Director. He’s published eleven poetry collections as well as letters, prose and poetry for young people. A much traveled poet who has facilitated and read at festivals in more than twenty countries in Europe, Asia and Australia. His poetry has been translated into German and Indonesian. His most recent poetry collection, Fourth Floor Flat– 44 Cantos – Arlen House was published in 2018. He’s completing his next collection, Two Notes for Home to be published in 2021. He’s recently, returned to live in Ireland having lived in German for thirty-seven years. http://www.terry-mcdonagh.com/

Jack Grady is a founder member of the Ox Mountain Poets, based in Ballina, County Mayo, Ireland. His poetry has been published online and in print in Ireland, the United Kingdom, France, the United States, Canada, Portugal, Indonesia, India, and Nepal. He read in Morocco at the Festival International Poésie Marrakech in 2016 as the poet invited by its committee to represent Ireland and in the same capacity at the Poesia a Sul festival, in Olhão, Portugal in 2019. His poetry collection Resurrection, published by Lapwing Publications in 2017, was nominated for the T.S. Eliot Prize.