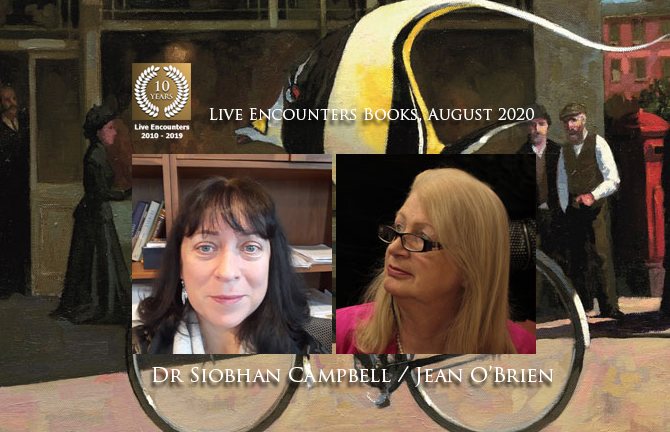 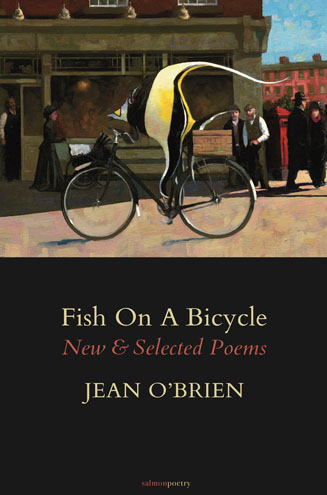 This book selects work from O’Brien’s six collections, along with a substantial grouping of new poems. From Working the Flow (1992) through Lovely Legs (2009) and Merman (2012), this Selected confirms Jean O’Brien’s powerful, uncompromising lyric voice for a new generation of readers.

In early work, there’s the tang of recognition as love, loss, jealousy and rage are stilled for a moment into punchy, clear-eyed lyrics. ‘I carried her below my heart’ says the speaker in ‘The Carrier’ of a daughter, but adds ‘She will be the death of me’. It is this capacity for compassion edged with doses of stoicism which form some of the satisfying riffs of the early volumes. O’Brien also maintains a keen interest in looking outwards, whether to draw from the life of mountaineer Alison Hargreave, or to discover folly within ‘The Terracotta Army’ in a characteristically wry way: ‘Quin Shihuang’s terracotta army stands/ in timeless mockery of the man.’

Drawing her reader in with a variety of poetic strategies, ranging from shortened unrhymed sonnets to longer loping lines, O’Brien moves on, in the later volumes, to address philosophical questions while still retaining her wit and well-timed asides. From feminist satire, as in ‘The Docile Girls’ or ‘The Stolen Sheela-Ná-Gig’ to the Arvon-award winning ‘Merman’, here are modern fables to surprise and shock. From poems which reference Adrienne Rich and Neil Armstrong, to an extraordinary piece on the bushfires of New South Wales, here is a poet showing how art can really encompass the world, drawing out new sets of symbolic meanings in a sustained achievement over an expansive oeuvre.

Jean O’Brien’s collection, her New & Selected Fish on a Bicycle (Salmon 2016 reprint 2018) was her fifth, a new collection is due in 2021. She has received many awards, including the prestigious Arvon International Award, The Fish International, and has been highly commended in the Forward Prize and placed in others. She was awarded a Patrick & Katherine Kavanagh Fellowship. Her work appears in many magazines, anthologies and regularly on radio. She has taken part in public art in the Epic Museum and Poetry on the Dart transport (2019). She holds a Masters in creative writing, Trinity College, Dublin. www.jeanobrien.ie

Siobhán Campbell’s fourth collection is Heat Signature  – ‘a poet who is invested in words as a powerful social currency.’ (Compass). Previous books include Cross-Talk (Seren) and The Permanent Wave (Blackstaff). Siobhan won the Oxford Brookes International prize as well as awards in the Troubadour and National Poetry Competitions. She co-convenes the MA in Creative Writing at The Open University and her research into the place of creative writing in pressurized environments led to projects in Lebanon and Iraq as well as in end-of-life care. Co-editor of Eavan Boland: Inside History (Arlen House/Syracuse University Press), her critical work appears in Making Integral: the poetry of Richard Murphy (CUP) and in The Portable Poetry Workshop(Palgrave). Widely published, her poetry appears in Forward Book of Poetry, Identity Parade: New British and Irish Poets (Bloodaxe) and The Field Day Anthology of Irish Literature (NYU Press) and magazines including Cyphers, The Southern Review, Magma and Agenda.  www.siobhancampbell.com        @poetrySiobhan