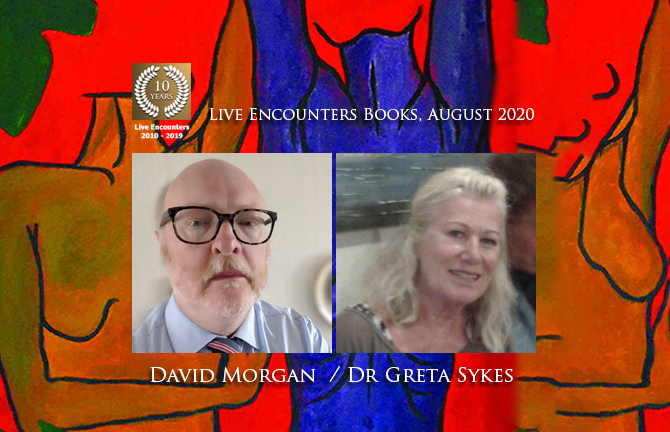 The Epic of Gilgamesh is a poem of ancient Mesopotamia which is reputed to be the very earliest surviving work of literature. It is thus one of the most important historical documentary evidences of human civilisation.

The work was only rediscovered in the 1850s and was not to be translated into a readable format until the 1870s when it immediately aroused controversy because of the story’s close parallels between incidents in the Bible. Classical historians also believe that the story influenced both the Odyssey and Iliad of Homer.

As the various peoples and cultures of the world become more interdependent, the story of Gilgamesh has become more widely known and appreciated. It has inspired many works of literature, poetry and art. Greta Sykes is the latest in a long line of individuals who have been inspired by the characters depicted in the Gilgamesh epic, which is a richly suggestive text open to numerous interpretations. For Greta the story represents a struggle between female and male power.

In taking the women as her focus, Greta treads a path laid by recent feminist scholarship which regards the epic as evidence of a transition from matriarchy to a more modern patriarchal society. There are several characters in Greta’s story headed by Inanna, goddess of love and war; her grandmother, Ishtar, and the high priestess, Nin, who combine to challenge the supremacy of Gilgamesh.

The story is told by Enheduanna, high priestess of the city of Ur, who is said to be the earliest known poet ever recorded in history. Her actual existence is established by both archaeological and textual sources. Her hymns composed for reading in the temple have been found inscribed on tablets of stone and represent the world’s earliest poetry.

Apart from the feminist perspective, mention should be made of how the green movement has seen the epic as symbolic of humanity’s disastrous separation from the natural world. The epic is a richly resonant text that still demands careful study. Through her novel, Greta has drawn the epic to the attention of a wider audience.

The Defeat of Gilgamesh is Greta’s second work of fiction and is a powerful book that can serve as a fine introduction to the remote world of this oldest surviving literature and earliest evidence of human creativity.

Greta Sykes, displaced person from war ravaged country, first found in Oppenheim on the Rhein, then migrated to Hamburg to watch howling dogs from a rain sodden Nissenhut, she eventually, accidentally ended up in London; walking the streets from Moorgate to Oxford street daily after college, connecting with the old Georgian and Victorian terraces and visible Roman history; she studied art, psychology and history, taught at university and continues writing poetry, short stories and essays and recently two novels. The defeat of Gilgamesh was published beginning of April 2020 and focuses on ancient Mesopotamia from a feminist viewpoint.

David Morgan is an editor and writer based in London and Manchester. He is involved mostly in historical research and has edited a number of books for the Socialist History Society: such as ‘1917: The Russian Revolution, Reactions and Impact’ and ‘The Labour Party in Historical Perspective’ to which he contributed essays on Freud and Leonard Woolf respectively. He is currently finishing a book that will reappraise the ideas of John Ruskin. David also writes on political issues, especially the Kurds in Turkey. He is a long-standing member of the Peace in Kurdistan campaign for which in 2019 he co-edited a book, Peace Poems for Ocalan, with Estella Schmid.  David also writes poetry and recently contributed to a volume titled, Naked Reality.