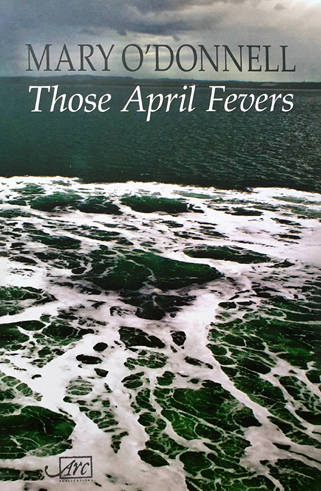 From her stunning debut in Reading the Sunflowers in September (1990) through her several volumes building to a sustained and formidable career, O’Donnell’s has always been one of the fierce voices of poetry: in all her themes, whether intimate, public, reflective or mythic, there is a common fearlessness of vision coupled with profound and sometimes unexpected and humane understanding. The poems here consider history, legend, painting, science, geography, love, disappearance and recovery – “measuring the distance to/a world that tilted savagery from its cup” – with an extraordinary and persistent delicacy of phrasing, at all times drawing newness out of the routine and the taken-for-granted, whether in physical or psychic location, but nonetheless exposing complacency in often chilling terms. From “the murder of infants in temperate suburbs” to a familiar, beautiful world flooded by climate disaster and accessed only by sea life, O’Donnell articulates a mature, vital, angry, political consciousness entirely fitting as the nation reaches the centenary of its most disruptive and revolutionary moment. What an imagination this is for our day.

Damian Smyth was born in Downpatrick, Co Down, in 1962. His stage play Soldiers of the Queen, a family saga with a backdrop of the Boer War, premiered at the Belfast Festival in 2002 and  was shortlisted for the Stewart Parker Prize. His six collections of verse are Downpatrick Races (2000), The Down Recorder (2004), Lamentations (2010), Market Street(2010), Mesopotamia (Templar 2014) and English Street (Templar 2018). Irish Street is due in 2021. He is Head of Literature and Drama with the Arts Council of Northern Ireland in Belfast.