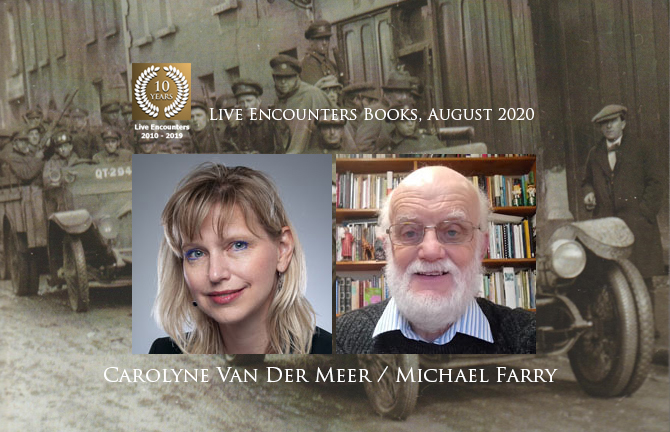 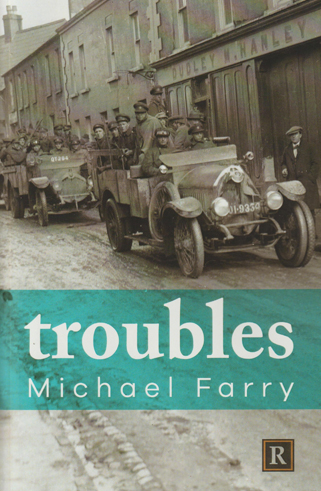 Troubles, published by Revival Press, the third collection of poetry by Michael Farry, is a powerful exploration of a significant period in Ireland’s history and our interaction with it. With considerable allure, it demonstrates Farry’s skill as an important poet in the modern Irish landscape as well as a first-rate historian of the country’s particular narrative. Through poetry, Farry brings this period to life, reflecting on documented historical background with poems on the famine, the land struggle and the Home Rule campaign by introducing real people. One such example is Kate Thompson, a landlord’s wife, whose voice we hear through the pleas she made for assistance for the poor people on their estate. Farry has taken advantage of vast recently-made-available sources such as the military pension records, which enabled him to include a number of “found” poems in the collection. He has tapped into his natural reflexes as a historian, accessing not only these records, but also newspaper articles and other official documentation; this exacting approach to the creative process has enabled him to explore the worlds of both real and imagined characters in an immediate and relevant manner. Troubles is invigorating in its continually changing forms, challenging the reader to follow along both historically and poetically.

Michael Farry’s latest poetry collection, Troubles (2020), is published by Revival Press, Limerick. Previous collections were Asking for Directions (Doghouse Books, 2012) and The Age of Glass (Revival, 2017). His poetry has been widely published in Ireland and abroad and has won prizes in various competitions. A founder member of Boyne Writers Group, he was editor of the group’s magazine, Boyne Berries, from 2007 to 2014. He is a retired teacher and has a history PhD from Trinity College, Dublin. He has written and published widely on the history of the Irish war of independence and civil war.

Carolyne Van Der Meer is a Montreal journalist, public relations professional and university lecturer. She has undergraduate and graduate degrees in literature from University of Ottawa and Concordia University respectively, and a Graduate Certificate in Creative Writing from the Humber School for Writers. She has published articles, essays, short stories and poems internationally. Her first book, Motherlode: A Mosaic of Dutch Wartime Experience, was published by Wilfrid Laurier University Press in 2014. Her second book, a collection of poetry entitled Journeywoman, was published in 2017 by Toronto-based Inanna Publications. Heart of Goodness: The Life of Marguerite Bourgeoys in 30 Poems will be published by Guernica Editions in August 2020 and a collection of poetry called Sensorial is forthcoming from Inanna in 2021.