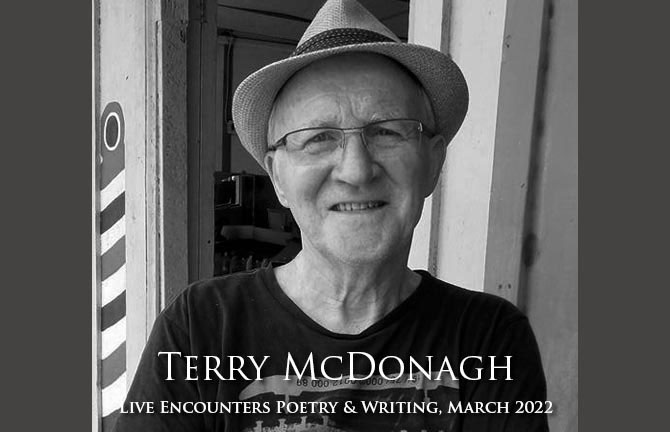 The Death of a Poet

A man of few words, the poet passed on
before his wife had time to comfort herself.

He’d bellowed from room to room, had dinner,
imbibed, grabbed his own chest,
wriggled a bit and croaked – leaving drafts,
tattered sketches and a two-sided face
to be sorted into spoken and unspoken piles.

My Soul Knows the Truth – his dog-eared work
lay open and as undisturbed as a forest leaf.
He’d highlighted: if I were to reincarnate
in an up-to-date bubble of flesh, would you, wife,
continue to worship me on my pedestal in sandals?

To get attention she’d used pills and distance but
she had nowhere to go and nowhere to secrete.
Every time she turned a corner she bumped into his shadow.

In the days before his death he’d had a rendezvous
down a backstreet, met his agent by a white granary
and cancelled an opera evening for a major interview
on big time stuff: read my editorial on power and
the alchemist in the city if you want to learn about demiurge.

On the strength of his belief, life must be savoured,
he moved in with a neighbour for a season or so, but
when she became expectant, he returned via the back door.

He’d meant well. That’s why he came home.
I’ve come back to you, missus. You are forgiven.
That woman down the street just couldn’t pick up
on my undertones.

His wife wore black for a week or so but soon took it off
when she saw the other woman looking better than ever.
It was time for laughter and new ways of talking.

Der Schimmel Reiter – a
dyke bailiff on a white horse
galloped headlong
into the howling North Sea
to rescue wife and child
to leave a lasting legend
of love and a dyke mystery
to ebb and flow and ebb and flow.

When hurricanes rip
across the flat land
of the North Sea coast
hardy black cattle lie low
like dots on canvas or
huddle along hedgerows
as if a chorus of critics.

In raging winds, trees
that shelter can kill
and words are cold comfort
on a wild afternoon
even if they do leave
a trail of conversation
in a Dorfkrug after
dykes have been sealed
and sheds repaired.

Out on the mud flats
and up on the dunes
a storm lingers
in a poem waiting
to write itself.
Feral cats bask
in sun pockets,
a mongrel sniffs
at a washed-up shoe
and inside windows
neglected ones stew
on a wicked wish
that bolting lovers
get swallowed up
by all that’s tidal
when promises of
a solid roof have
worn thin or
tired faces don’t fit.

Some songs remain unsung
in the orange air of everyday.

In a Hamburg U-Bahn carriage
a young woman supports

a musical instrument
bigger than a violin and

smaller than a double base.
It must be a viola – not that

I know much about music
but I feel this woman does.

She seems as refined as
a small white garden flower

exhaling rich pollen and
she looks as if she could see

staves, crotchets and quavers
transform the carriage into a

movement of symphony and sound.