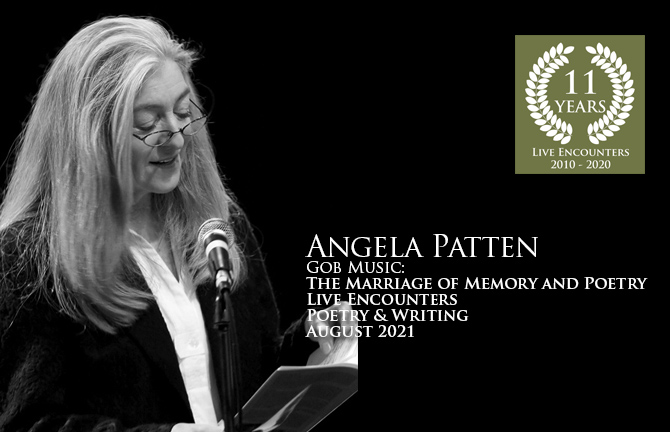 During the Covid pandemic, my brother invited me to participate in “Healing Words,” a weekly homegrown Zoom session of song, storytelling and poetry, hosted by Irish poet Imelda Maguire and her husband Finbar who live in Donegal. Not being much of a joiner, I was hesitant at first. But the connecting thread was that we were all Irish and had a love of words, and I was made welcome. I was born and grew up in Ireland but I have spent most of my adult life in the U.S. Other regulars to the group live in Germany, Switzerland and Belgium as well as in various parts of Ireland. One will tell a story, another will sing or recite a poem, another will play the flute. What links us all is not just our Irishness, but the oral tradition in which we were raised.

We understand the concept of coming to a gathering with your “party piece” tucked up your sleeve. When I invite American friends to dinner and ask them to bring a poem or a song, they struggle with the notion, thinking that a beautiful voice or extraordinary talent is required or that some kind of competition is involved. But we know that abilities vary and the point is to join in. If you have ever attended a traditional Irish music session, you will have observed that individual showmanship is not much appreciated. The seisiún is part of a long tradition in which tunes are passed from one musician to another down through the generations. The goal, if there is one, is not to stand out but to fit in to that ancient ritual. My father was a fiddle player who took part in weekly music sessions. When my son was married in Prague in 1999, my father stood up to sing “The Parting Glass” at the reception. He was 82 at the time and his voice was quavering and tremulous. But he felt it his duty, and also his pleasure, to contribute to the occasion. Like most of our parents, he had one foot in the Victorian era where memorization was the primary educational tool. Although it had its limitations, it helped engender a love of poetry, song and recitation that still exists in Ireland today.

I grew up in Dublin during the 1950s and 60s and my first literary influence was the sound of my mother’s voice. She was born in 1913 and her formal education was brief. She attended school until she was thirteen when she went to work in a greengrocer’s shop. But she was a talker and an avid reader. I listened to her and her relatives recite poems, sing songs and spin endless stories about their childhood adventures in what was then Victorian Ireland. Along with passages from Shakespeare and poems by Longfellow and Tennyson, she entertained us with droll recitations of “The Owl and the Pussycat” or acted out Longfellow’s sentimental tragedy, “The Wreck of the Hesperus,” which seemed completely appropriate since all her family were sailors. We relished the cautionary tale of “Matilda who told such dreadful lies” and was burned to death in a house-fire. One of our favorites was Aunt Kathleen’s party-piece, “The Green Eye of the Little Yellow God” and Robert Service’s tales of the Yukon and The Frozen North. The radio hummed with serialized soap-operas, sponsored programs and songs. The sound of the church bells and Latin mass were all part of the soundtrack. It was “fair seedtime” for my soul and, to further quote Wordsworth in The Prelude, “I grew up/Foster’d alike by beauty and by fear.” The Catholic Church took care of the fear but the beauty came from the feast of words with which I was surrounded. I learned poetry by ear just as my father had learned to play the fiddle in the same way.

Much of my own poetry is shaped by the interaction of memory with the passage of time. I go back to the Thatch Pub which was still thatched in my childhood, to the seaside, to Miss Bunty Fibbs and her School of Irish Dancing, and to the Ragman and the Slopman who came to our door with their horses and carts. In her talk “The Site of Memory,” Toni Morrison uses this analogy of water and time:

“You know, they straightened out the Mississippi River in places to make room for houses & liveable acreage. Occasionally the river floods these places. ‘Floods’ is the word they use, but in fact it is not flooding; it is remembering. Remembering where it used to be. All water has a perfect memory and is forever trying to get back to where it was. Writers are like that… Like water, I remember where I was before I was straightened out.”

For me, the impulse to write was (and is) the impulse to remember—to find my way back to that “original place” and to evoke it for the reader through the craft of poetry although my logical mind knows that, as with a Vermeer painting, it is only the light that remains.

Some literary experts claim that if a man in the Middle Ages read silently, others might have suspected him of being a magician. The accepted way to read was to read aloud. A monk read to his fellows at meals and a reader read a text to scribes who then copied the words into illuminated manuscripts. I loved the notion that a person who could read silently might be suspected of magic. I had always known that reading and books were magical. But although I was an avid reader, it never occurred to me that I might become a writer myself. I studied the great Irish and English poets at school but I don’t recall reading anything by a living poet or writer. Like the angels who were sent on special missions from God to man, poets and writers were a different species from the rest of us, and creative writing was not part of the curriculum.

However, when I began writing poetry as a non-traditional college-aged student in America, I naturally turned to memory as my source and storytelling as my cultural birthright. I was aware of wanting to evoke the Irish voices I missed, and also to atone in some way for the fact that I had not appreciated them enough in the past. The process of memorization and the later replaying of words is a pleasure, a habit of regurgitation, of chewing on the cud of the past. Poetry critic Helen Vendler says: “The important thing is to feel companioned, as you go through life, by a host of poems which speak to your experience.” I love to revisit Shakespeare’s sonnets and Keats’ “Ode to Autumn,” as well as the poems of Theodore Roethke and others.

Our Friday night Zoom group is called “Healing Words” and no doubt it gave comfort to people during the pandemic and will continue to do so for a long time to come. It has helped me to realize the Irish love of language, wit and word-play has not died out completely. Mark Ulyseas has been connecting writers and readers through Live Encounters for years but the technology we discovered during the pandemic may further facilitate our ability to connect across boundaries if we put it to good use.

I would like to thank Mark for his kind invitation to guest edit the August 2021 edition of this remarkable journal, and to all the poets who have contributed to make this edition what it is.