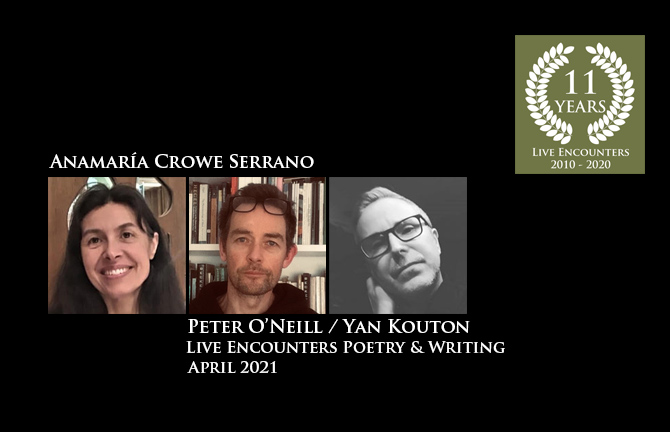 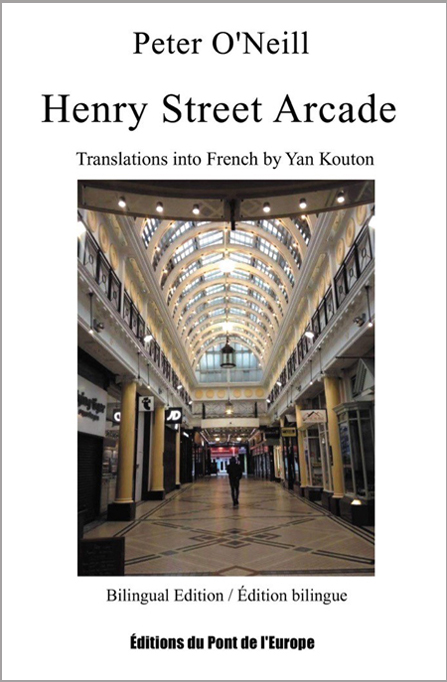 O’Neill is not a poet given to trends or “profiteering”, as he says in the Preface. His engagement with poetry goes beyond Irish borders, to what could be called a Joycean preoccupation with Shakespeare, Vico, Dante, Homer, Yeats, and of course, Baudelaire, who is his constant companion in the first section of this book. Henry Street Arcade is infused with nods to the philosophies and ideas of these literary giants, but it is Baudelaire’s interest in Parisian arcades that led O’Neill to think about the Henry Street Arcade in the first place, that charming little thoroughfare linking Prince’s Street to Henry Street in Dublin.

The French poet is everywhere in the poems of the first section, to the extent that sometimes they read like a parallel Baudelairean universe, from the sensuous languor of “The Big Apple” – the whole collection is strong on the sensuous – to thoughts about decay and the passing of time. Ideals of beauty, whether female or of the city, receive much attention. Yan Kouton must have had fun translating these. His work reads beautifully in French, which of course comprises half of the collection.

Anamaría Crowe Serrano is an Irish poet and translator. Her novel, In the Dark, set during the Spanish Civil War, is forthcoming in May 2021 with Turas Press. She can be found on twitter @CroweSerrano, instagram @liberleabhar, or at https://anamariacs1.wixsite.com/amcs.

Born in Cork in 1967, Peter O’Neill is the author of six collections of poetry, a volume of translation The Enemy – Transversions from Charles Baudelaire ( Lapwing, 2015), and a work of fictional prose More Micks than Dicks, a hybrid Beckettian novella in 3 genres ( Famous Seamus, 2017). He has also edited two anthologies, one in collaboration with the poet Walter Ruhlmann his former publisher in France An Agamemnon Dead ( mgv2>publishing, 2015) and The Gladstone Readings (Famous Seamus, 2017). His latest book Henry Street Arcade ( Éditions  du Pont de l’Europe) is a bilingual collection of sonnets inspired by Walter Benjamin and Baudelaire and is translated into French by the poet and novelist Yan Kouton, and it will be launched at the Baudelaire 200 Years! Literary Festival held by the Alliance Francaise Dublin branch on the 8th April, to celebrate the bicentenary of the poet’s birth. Baudelaire 200 Years! (alliance-francaise.ie). A new book, Ideals and Spleen – a selection of translations from Baudelaire and his own poetry, is due out in the summer by Poets and Traitors Press.

Yan Kouton is a poet, novelist, lyricist and edits the online review Les Cosaques des Frontières. A Breton, in origin, he has published a numberof novels; Le Passeur ( 2005), Les Oiseaux de Proie ( 2007 ) and Des Effrondements Souterrains ( 2011 ) all published by Editions Zinedi. He is also a published poet, having had a number of publications, among them Le Mots sur l’emoi ( 2017 ) and Volutes ( 2018 ). Yan is currently based in Paris. Yan Kouton and Peter O’Neill have collaborated before on a number of translation projects together, though Henry Street Arcade is their first book length collaboration.